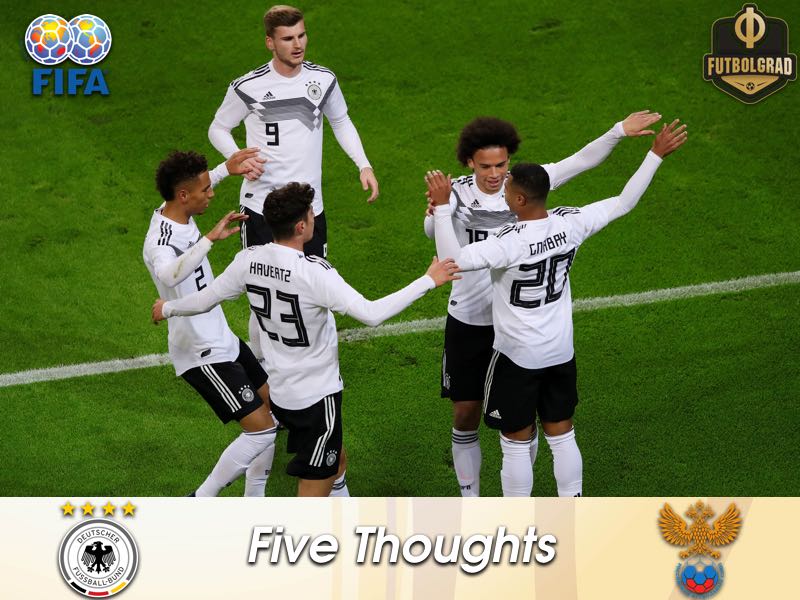 Germany are back to their winning ways after beating Russia 3-0 in what was die Nationalmannschaft’s biggest win in 2018. A youthful Germany side took on a Russian national team still on a high from having successfully hosted the 2018 FIFA World Cup. For 60 minutes Germany v Russia was an entertaining friendly in which the Germans dominated. Both coaches then, however, started to experiment wildly and the frequent substitutions in the second half disrupted a game that was entertaining in the first 45 minutes.

The kids are alright

Leroy Sané’s omission from the Germany squad was one of the biggest topics in the international media ahead of the World Cup. Germany’s national team coach Joachim Löw, however, did not feel that Sané had shown enough in the matches leading up to the tournament to justify a nomination of the best young English Premier League player of the 2017/18 season.

Sané had produced just one assist in the eleven games he had played for Germany leading up the tournament. With plenty of options available to Löw leaving Sané out seemed justified. Even in retrospect, it is questionable whether Sané would have made a difference in Russia but what was clear was the fact that Löw had to find a way to integrate the winger into this side.

In fact, Sané somewhat became a symbol of Löw’s failure to allow younger players to push the established players following the tournament. In the games, following the World Cup disaster, Sané only started in Germany’s 2-1 defeat to France on matchday 3. Following Germany’s 3-0 defeat to the Netherlands Löw had finally made some significant changes to the squad and among others started Sané as a part of a youthful attack that also included Timo Werner and Serge Gnabry. 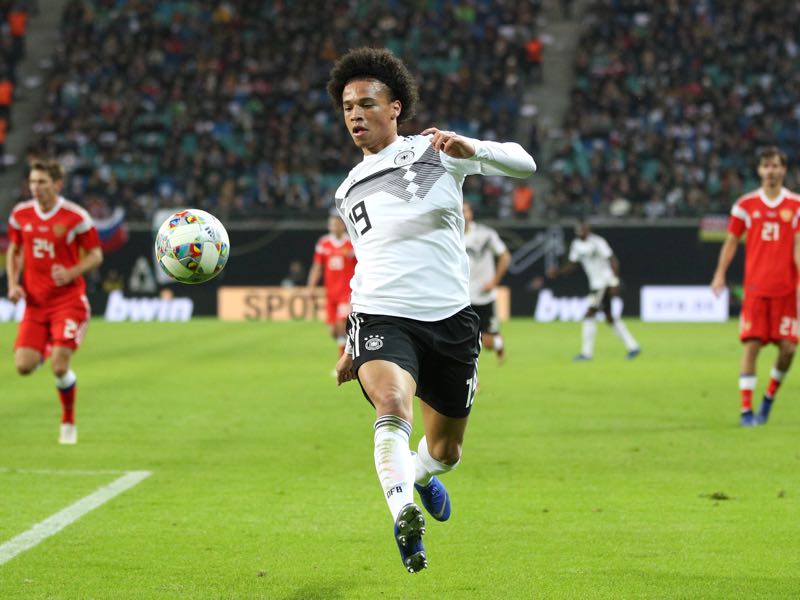 With an average age of 24.46, Löw fielded the youngest lineup in the year 2018. It was a lineup that not only promised more speed and athleticism but also seemed to get the most out of Sané, and it is perhaps no surprise that playing with an attacking three finally saw Sané score his first goal for Germany.

Getting Sané to perform has been one mission objective for Joachim Löw. Another one has been integrating the likes of Serge Gnabry, Timo Werner and Kai Havertz into Germany’s attack.

Tonight against Russia all four started and Kai Havertz, in particular, was impressive. With his vision and ability to play key passes at the right time, the Bayer Leverkusen midfielder could fill the void left by Mesut Özil.

“Havertz played very well,” Löw said after the game. “He is very good for his age and his ability to play key passes and judge situations as they develop is remarkable,” the Bundestrainer added.

Gnabry’s third goal for Germany was an excellent example of this. Receiving the ball in midfield from Niklas Süle Havertz quickly spotted Gnabry’s run and delivered a perfect pass that the Bayern forward easily slotted past keeper Andrey Lunev.

Making quick decisions in midfield will be key going forward. Gnabry’s goal, in fact, highlighted what Germany lacked at the World Cup – speed in the attacking third.

Let us break the goal down. Germany quickly won the ball in the defensive third, and defender Niklas Süle quickly played the ball forward to Havertz, who, within the fraction of a second, spotted Gnabry’s run into the attacking channel.

At the World Cup winning the ball would have likely been followed with a slow buildup play by the national team, which in turn would have allowed the opponent to regroup in their half.

Germany need to be more refined

At the same time, the game also showed that Germany are in the middle of a rebuild. Opponent Russia lacked many of its top players with Denis Cheryshev and Artem Dzyuba being the most notable absentees.

Furthermore, Sbornaya head coach Stanislav Cherchesov stressed ahead of the match that he would use this game to experiment.

Russia never seemed to truly test Germany’s backline and when they did seemed to cause some confusion as the back three of Süle, Antonio Rüdiger and Matthias Ginter lacked chemistry at times. A Russia side with Dzyuba and Cheryshev may have scored a goal or two against this backline today – and Germany’s opponent the Netherlands will be an even bigger test.

Germany did win the 2017 FIFA Confederations Cup with a back three and, in general, seems to be better equipped to play quickly out of its own end in this formation. But fans may have to be patient when it comes to this formation as the newly formed lineup with many young players will be prone to mistakes.

As for Russia? The Sbornaya started well into the second half and produced several chances making use of the room created on either flank by Germany’s back three. From the 45′ minute to the 60′ minute Russia were the better team and would have deserved a goal. “In the second half we showed that we can play good football,” Cherchesov told the media. 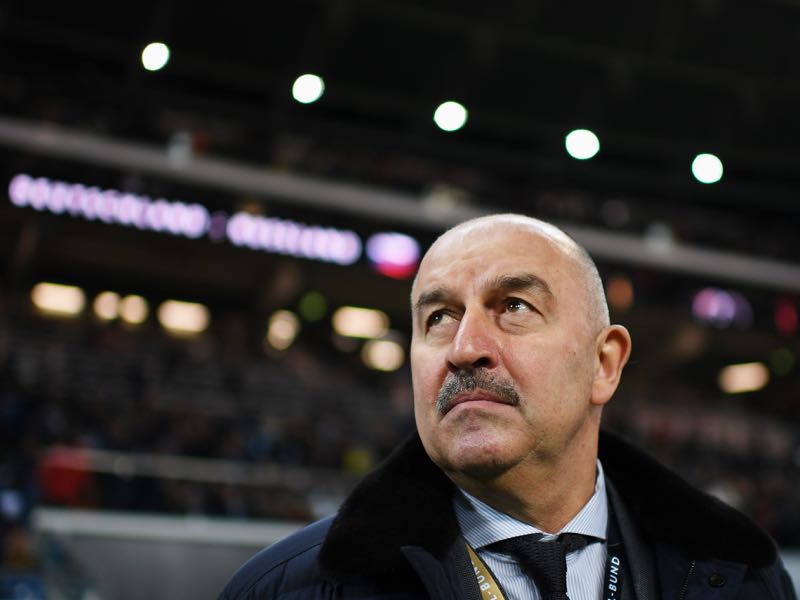 Stanislav Cherchesov, however, promised ahead of the match that he would make use of all six of his substitutions and the head coach would keep his promise. Starting in the 55′ minute when Anton Zabolotny came on for debutant Ari Cherchesov started to make changes to the squad. The same was true for Löw, who would also make six changes until the end of the game.

The substitutions destroyed the flow of a game that until the first change was an interesting affair. That, in turn, becks the question whether six substitutions throughout a match truly make sense – especially as the many changes do not truly allow players that have come on to show their best.

In other words, giving players a chance, or experimenting with new formations, does not have the chance of showing results if there is no flow on the pitch.