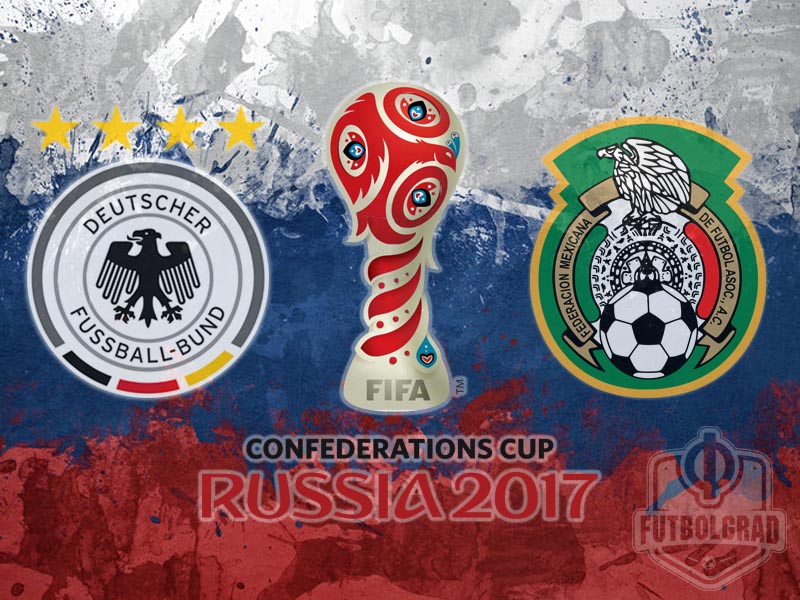 The second semi-final of the Confederations Cup pitches two of the most fluid attacks in world football together. World Cup champions Germany, die Mannschaft, will host CONCACAF conquerors Mexico, El Tri. Both sides enter this fixture with identical Confederations Cup group stage records—W2 D2 L0.  Mexico knocked out hosts Russia with a 2:1 victory in the final group game, while Germany made easy work of CAF representatives, Cameroon. By the time this game gets underway, both sides will know who awaits them in Sunday’s final, adding extra spice to a match which could be as open as any we have seen so far.

World Cup winning head coach Joachim Löw described Cameroon as ‘dangerous’ before die Mannschaft’s final group game clash with the African champions. It was all rather easy in the end though, the World Champions breezing past their opponents 3:1 — a forgiving score line that could easily have been higher, had it not been for some tired finishing late on.  Germany have never won this competition, their highest placing coming as ‘Third Place’ finishers in 2005’s iteration of the tournament. Russia 2017 could see this change, Germany looked to have peaked just at the right time, and will be favourites to progress at the expense of their Central American opponents. The Bundesliga is renowned for its open attacking play, and Löw has utilised this trait in his national side, he will also be aware that Mexico’s Liga MX is similar in its outlook – goals galore seem to be a constant in both domestic leagues. With both of Löw’s goalkeepers having awkward moments at this tournament he may be wondering what Manuel Neuer could have brought to the party, but for an experimental squad the feeling is one of elation already that another semi-final appearance awaits the four-time champions of the world.

El Tri will be without captain Andres Guardado on Thursday evening — the PSV Eindhoven defensive midfielder is suspended after receiving yellow cards in both fixtures against Portugal and Russia – Espanyol’s versatile centre back, Diego Reyes, should captain the side in Guardado’s absence. Juan Carlos Osorio’s team will have enough quality to give a young German squad a robust test, clawing their way back late against European Champions, Portugal — an indication of the Mexican strength of character to not be beaten. The midfield battle will be crucial in this fixture, even with their dependable captain suspended the Central Americans are not shy in talent — Jonathan dos Santos, Héctor Herrera and Marco Fabián are all well-known players making a living in Europe’s top leagues. El Tri can boast they are the only team left in the competition that has won it, a victory on home soil in 1999 against Brazil will be a reminder that if focused Mexico has the talent to succeed in this tournament.  Osorio’s men have the chance to tip the scales of victory away from Germany a little with a win against Löw’s experimental squad. Mexico will relish the opportunity to beat the world cup winners as they strive to gain valuable experience in the run-up to next year’s World Cup Finals.

Since his introduction in Matchday 2 of this tournament, Can has exuded an air of calmness when in the Mannschaft midfield. The Liverpool player had a strong season domestically in England — scoring one of the best goals in recent years, he proved that as well as a midfield presence he brings an attacking threat. The defensive midfielder is flexible enough to step in centrally if required, while he can also drop into centre-back if needed—an unlikely requirement with this current squad but an indication of the 23-year-old’s versatility. His linkup play and eye for a tackle ensures a level of protection to those positioned behind him, while if given the opportunity shoot from range, Can will duly oblige. 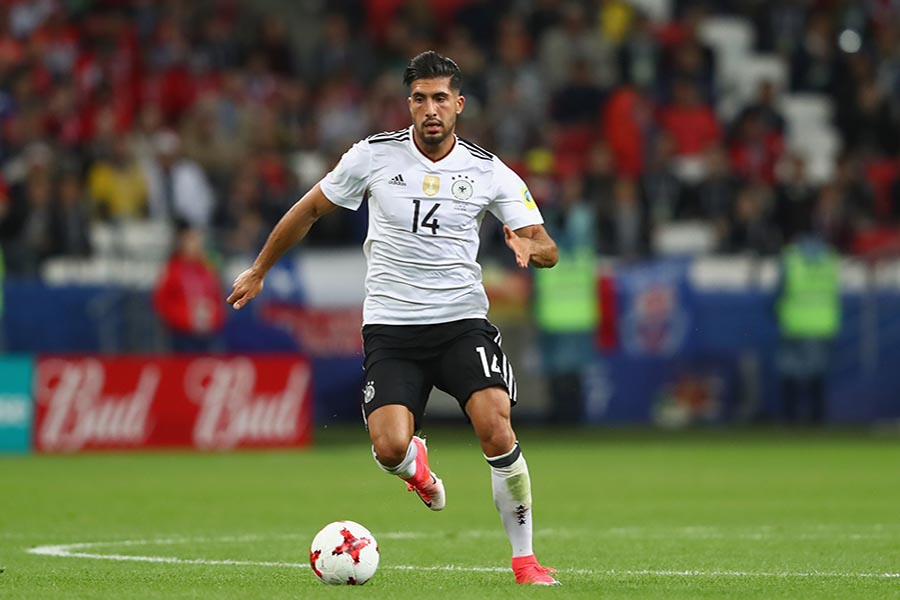 KAZAN, RUSSIA – JUNE 22: Emre Can of Germany runs with the ball during the FIFA Confederations Cup Russia 2017 Group B match between Germany and Chile at Kazan Arena on June 22, 2017, in Kazan, Russia. (Photo by Alexander Hassenstein/Bongarts/Getty Images)

The 29-year-old had a difficult season at German club Bayer Leverkusen, ostracised at times by the now sacked Roger Schmidt, Chicharito was unfortunately a political pawn in a souring club relationship. Notwithstanding this, the ex-Manchester United and Real Madrid star still managed to notch 13 goals and four assists in 36 appearances over a season that included eight UEFA Champions League appearances. A true out and out striker he is deadly from inside the 18-yard-box, and for an average sized player the ‘little pea’ carries a big danger in the air.   This is Chicharito’s second Confederations Cup, with a total of five goals in six games across two tournaments, he has already shown he has an eye for the net when it comes to FIFA’s World Cup warm up. 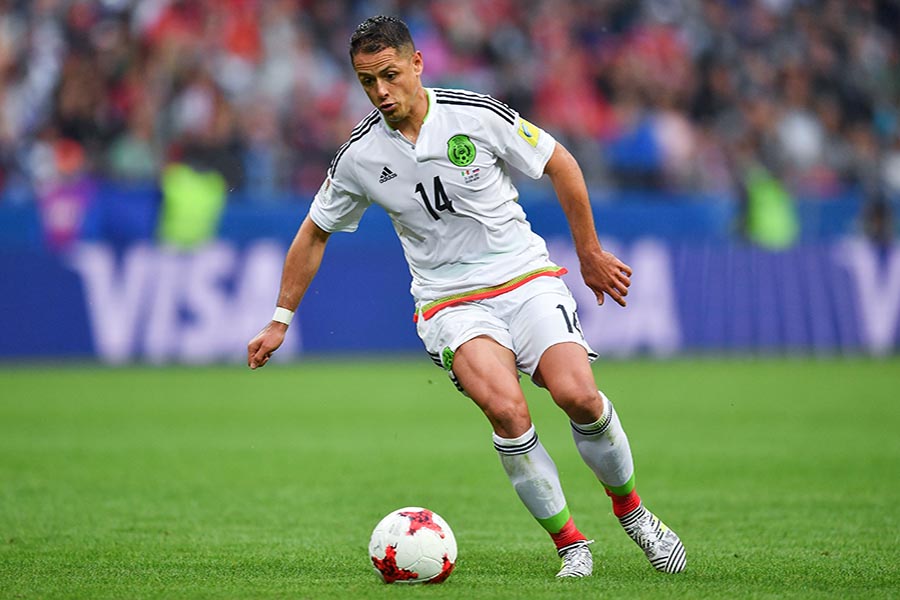 Loading...
Newer Post
Zenit – Back to the Future With Roberto Mancini
Older Post
“€80m? No-one has put a price on Keita” – Sources within RB Leipzig break their silence