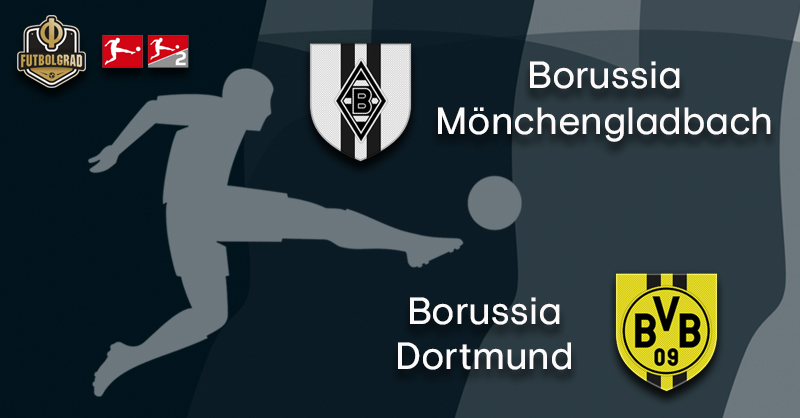 It all comes down to this for Borussia Mönchengladbach. Despite a poor second half of the season the Foals can finish in the top four and qualify for the UEFA Champions League.

For head coach Dieter Hecking, it would be a remarkable finish to his time at Borussia Mönchengladbach. The 54-year-old will be forced out of the club at the end of the season and replaced by current RB Salzburg head coach Marco Rose.

“It would be a magnificent personal achievement,” Hecking said this week. “I want this crowning achievement for the boys. The team deserves to finish in the top four,” Hecking added.

Gladbach, however, have been somewhat fortunate that the direct competition somewhat struggled this season. Leverkusen, Eintracht Frankfurt and Hoffenheim have all dropped points down the stretch.

Now on the final matchday, Gladbach could secure the top four with a point or a win depending on what Leverkusen do against Hertha and Frankfurt in Munich. Meanwhile, for their opponent Borussia Dortmund, the biggest price is on the line after Bayern München dropped two points against RB Leipzig a week ago.

“Everything is possible now,” Lucien Favre said this week. “I don’t know why but I have a good feeling,” CEO Hans-Joachim Watzke added. It would be a bit of a miracle should Dortmund catch Bayern at the final day of the season.

After all, the Black and Yellows had a nine-point lead at some point this season. That nine-point lead was quickly made up by Bayern after a miserable February and then turned into a four-point gap.

Now the gap has been reduced to just two points, and there is a sense of optimism in Dortmund that the tables can be turned one final time and that the Black and Yellows will walk away with the title.

Thorgan Hazard will be playing against his future employer on Saturday. The attacking midfielder has been somewhat off the boil in the Rückrunde and some fans have suggested that this might be due to him having decided to leave the club. “Toto [Hazard] always wants to win and will give everything for the club,” his teammate Jonas Hofmann said this week. That might be the case but Hazard, nonetheless will be in the spotlight when Gladbach face Dortmund on Saturday.

Thorgan Hazard of Gladbach celebrates after he scores the equalizing goal during the Bundesliga match between Borussia Moenchengladbach and Hannover 96 at Borussia-Park on November 25, 2018 in Mönchengladbach, Germany. (Photo by Maja Hitij/Bongarts/Getty Images)

Marco Reus is back after missing two games after being shown a red card against Schalke on matchday 31. That red card and the result almost meant the end of Dortmund’s championship aspirations. But although that red card and the defeat to Schalke seemed to end Dortmund’s championship aspirations the Black and Yellows are still in this and with Reus back in the lineup are looking to make the impossible happen on Saturday. 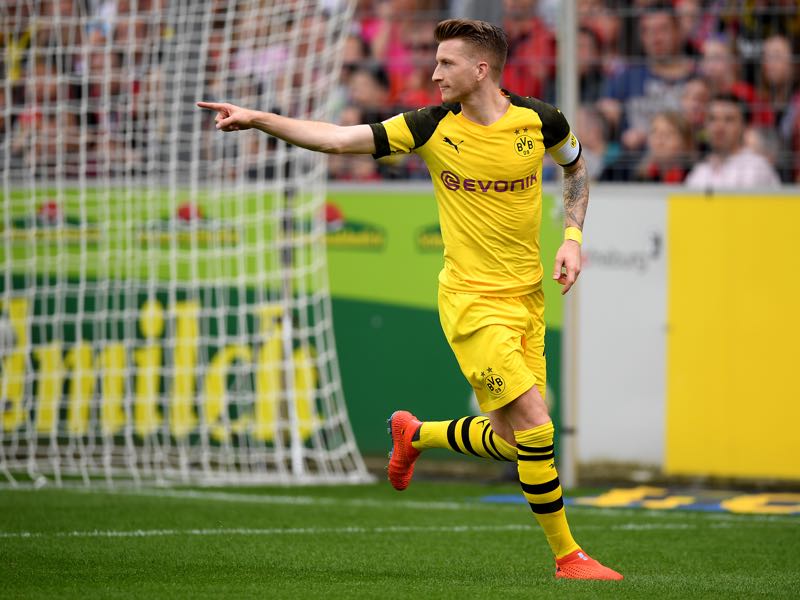 Marco Reus of Dortmund celebrates after he scores the 2nd goal during the Bundesliga match between Sport-Club Freiburg and Borussia Dortmund at Schwarzwald-Stadion on April 21, 2019 in Freiburg im Breisgau, Germany. (Photo by Christian Kaspar-Bartke/Bongarts/Getty Images)