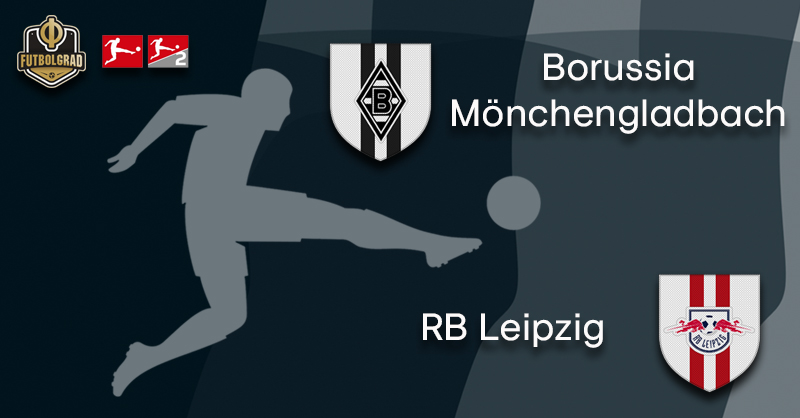 Gladbach host Leipzig as the Champions League race heats up

Gladbach vs Leipzig will take place at the Borussia-Park in Mönchengladbach. (Photo by Alex Grimm/Bongarts/Getty Images)

The Champions League race continues and on Saturday Borussia Mönchengladbach can temporarily take back the fourth spot from Eintracht Frankfurt, who will not be in action until Monday night following their Europa League heroics. For Gladbach, in fact, it is almost a must-win game as they are not just looking above them but also behind them as 1899 Hoffenheim are once again look to finish strong.

“We want to win the game. It would be a big step towards Europe,” head coach Dieter Hecking said this week to the press. But the head coach is also aware that the task will not be easy on Saturday. “Leipzig are the only team in the Bundesliga with no real weakness. They also have plenty of confidence and we are facing a difficult challenge.”

Dieter Hecking wants to oppose Leipzig with intensity and perhaps a new tactical formation. Gladbach could be facing Leipzig playing 3-1-4-2 rather than the more common 4-3-3. One criticism against Hecking, who will be replaced by Marco Rose next summer, has been that he is not tactically adaptable enough against big opponents.

Against Leipzig, he wants to show the opposite. “We want an intense game,” Hecking concluded. Whether a switch in formation will be enough to bother Leipzig remains to be seen. Interims head coach and sporting director Ralf Rangnick, after all, is a tactical genius, who in a transition year has turned Leipzig into one of the most efficient teams in the league.

“With a win we can reach the Champions League. Even a draw would mean that we come closer to our goal,” Rangnick said this week. The only question for Rangnick this week has been whether he will field a 3-5-2 or 4-2-2-2 formation, especially as the 3-5-2 with Nordi Mukiele, Ibrahima Konaté and Lukas Klostermann worked well against Wolfsburg.

Given Leipzig’s depth, however, Rangnick does not really need to rotate. Furthermore, in Hamburg Leipzig have a manageable opponent in the Cup and will, therefore, go all out against Gladbach, which, in turn, is bad news for the Borussia.

Thorgan Hazard has made his decision. The attacking winger will not renew his contract and will join Borussia Dortmund either in the summer of 2019 or as a free agent in the summer of 2020. His decision puts Gladbach in a difficult position. Sporting director Max Eberl would have liked to sell the winger to the highest bidder this summer and among the clubs interested were not just Dortmund but also the English side Liverpool. But Hazard’s decision to only join Dortmund means that the market is now dead for Hazard and with it Eberl’s dream to earn €40 million-plus on a potential transfer.

Hazard is not the only player on the move. Timo Werner has been heavily linked with a move to Bayern München this summer. In fact, rumours have it that Bayern have already agreed on personal terms with Werner’s agent Karlheinz Förster. Werner’s contract will be up in 2020, which means Leipzig are somewhat limited in their options to sell the striker. With a market value of €65 million Leipzig are hoping for €60 million at least. Bayern, in the meantime, want to offer just €25 million as their opening bid. It smells like a lenghty transfer battle for the striker, who has been once again in fine form for Leipzig this season scoring 14 goals and five assists in just 26 Bundesliga games this season.