A late strike from Andre Silva ensured Eintracht Frankfurt left the Westfalenstadion with all three points as Borussia Dortmund face an uphill battle to qualify for next season’s Champions League amidst Erling Haaland rumours.

An own goal from Nico Schulz after 11 minutes was not the start Edin Terzic was looking for as Dortmund aimed to close the gap to fourth placed Frankfurt on Saturday afternoon.

After controlling the opening moments, Dortmund presented their visitors with a gift against the run of the play–in a scenario which typified the Black and Yellow’s season so far. Schulz somehow manged to loop his clearing header back towards goal, leaving ‘keeper Marwin Hitz stranded, flapping into thin air.

Parity was restored just before halftime as Mats Hummels pounced on a Emre Can chested assist inside the area, but it was a foothold that Dortmund could not build upon after the break.

Both sides looked as tired as each other as their defensive shape disappeared, leading to chances aplenty – it suddenly became a scenario of winner takes all as the clock edged towards the 90 minute mark.

The hosts were unable to find Erling Haaland, policed superbly by a Frankfurt back line in which Stefan Ilsanker shone brightest. The Norwegian striker now sits at four consecutive matches without a goal for the first time since his move from Red Bull Salzburg in January 2020.

With constant rumours about his future, the forward cut a frustrated figure–but not with teammates this time. The 20-year-old arguably had his poorest game in a Dortmund shirt, and he seemed to know it. How much has the circus created by Mino Raiola affected his client’s play this Matchday?

We’ll never know, but it seems a massive coincidence that the week in which the super-agent is touring Europe offering his prize asset about like some promoted eBay item, Haaland looked a shadow of the player we’ve seen of late.

Has he mentally checked out of North Rhine-Westphalia, perhaps not. Having played three games in two weeks for Norway the goal machine looked as fatigued as anyone else on the Signal Iduna Park pitch this afternoon, but the result against Frankfurt could have massive ramifications for his future, and that of others.

The 2-1 win now gives Adi Hütter’s side a seven point cushion to Haaland and co, the fight for top-four looks settled with seven games left. Only a monumental collapse by Frankfurt can give Dortmund any real hope of pipping them to a Champions League placing.

With the reality of Europa League football closing in fast, the Norwegian’s future will be big news. Can someone like Haaland be tempted to stay at a club not dining at Europe’s top table?

Dortmund say yes, but with the likes of Manchester City, Chelsea, Real Madrid and Barcelona all circling–their refusal to sell could be tested yet again. 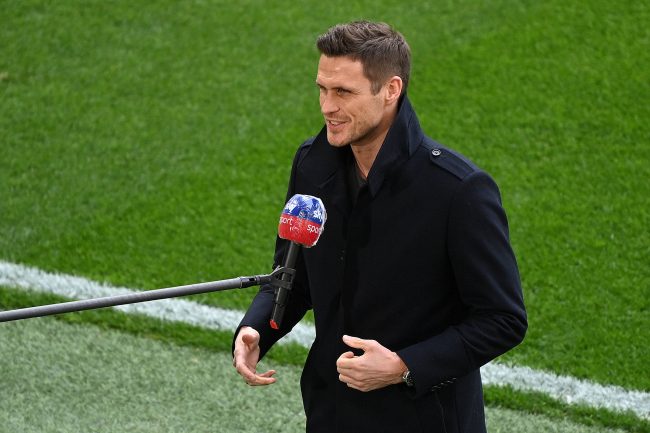 Jadon Sancho looks certain to depart in the closed season, the Englishman staying the extra season the Dortmund hierarchy wanted hasn’t delivered a title, although the DFB-Pokal could still be a consolation, but without Champions League participation in 20/21 it could feel like a damp squib even with victory in Berlin, should they make it.

Marco Rose has been assured there will be no exodus of talent in July, when he comes from Borussia Mönchengladbach to take the Dortmund reins, and for now the club’s bosses are reaffirming their view that one may go, but not two.

Sebastian Kehl underlined the position once again after Saturday’s defeat – “We are planning with Erling,” the player’s license department director said when asked on the possibility of Haaland moving in the summer.

Privately the club are braced for more Raiola antics, but tied into a contract Dortmund still hold all the aces when it comes to transfer poker.

Should an Ousmane Dembélé situation occur, there will be no sale for under €150 million, and the Italian agent knows it–told in no uncertain terms that their penned deal remains watertight.