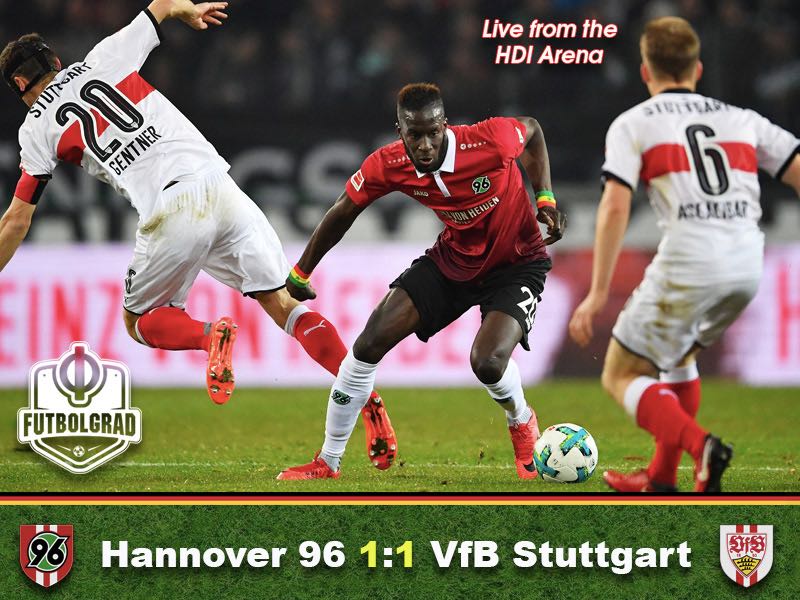 The Friday night match Hannover 96 v VfB Stuttgart saw the two top teams of last season’s Bundesliga 2 face off against each other in what was an entertaining 1-1 draw.

Both sides started the match with an aggressive 3-4-3 formation allowing each other plenty of room in the attacking third. As a result, the two teams quickly pressed through each other’s midfield and. Hannover almost opened the scoring seven minutes in when Felix Klaus broke through on the right flank, Harnik, however, could not convert his low cross into the box and Ron-Robert Zieler then stopped a low drive by Ihlas Bebou.

From the goal forward Stuttgart remained the more dangerous team and appeared the more likely team to score a second goal, and Berkay Özcan should have scored in the 31st minute after a beautiful combination with Asano, but Tschauner stopped the shot from 15-yards out. Hannover then had two chances to equalise with Zieler stopping a wonderful Klaus freekick and also making a great stop after a close-range effort after a Hannover corner-kick.

In the 40th minute, Hannover almost achieved the breakthrough when Marvin Bakalorz came at Stuttgart’s defence with plenty of speed, but the Hannover winger was fouled by Benjamin Pavard giving Hannover a perfect free-kick opportunity at the edge of the box. But Schwegler only hit the wall. As a result, a high tempo first half ended with the Swabians carrying a deserved lead.

Hannover 96 head coach André Breitenreiter reacted at halftime taking off Martin Harnik and replacing him with Niclas Füllkrug. The substitution did little to stop Stuttgart’s flow of traffic as the Swabians remained the more aggressive side in the early goings of the second half.

Although Stuttgart’s aggressive play resulted in plenty of little fouls the strategy did wonders to undermine Hannover’s build-up play. At that point, Stuttgart had the majority of possession (54%) and also led the game in fouls (8-13) and duels won (39-47)—but as the game progressed Hannover finally managed to create a chance with Salif Sané the main protagonist in the 61st minute. The defender broke through on the right-wing and in what was a classic Robben-move he stepped past Stuttgart’s defenders and curled a shot on goal, which hit the outside of the post.

From that moment onwards Hannover had a difficult time breaking down Stuttgart’s defence, and it took until the 74th minute for die Roten to get their breakthrough after Füllkrug was brought down in the penalty box. There would be no VAR trouble today as Füllkrug stepped up and easily converted from the spot.

Moments later Stuttgart should have gone back in front, but Simon Terodde had a sitter missing the empty net from inside the six-yard box. Stuttgart then also had the next chance in the 85th minute when Denis Aogo broke through on the right top corner of Hannover’s box, but his volley just missed Philipp Tschauner’s goal. It was the last chance of the game as both sides fought each other to a stalemate.

Salif Sané was the man of the match. The Senegalese national team defender was once again a rock for Hannover 96. Sané had 13 clearances, five interceptions, four successful tackles and a pass accuracy of 76.4%. More importantly, Sané remained calm after Stuttgart took the lead and ensured that his side could re-bound from Stuttgart’s lead.

Hannover’s sporting director Horst Heldt remained the main talking point in Hannover ahead and after the game. The German paper Bild reported ahead of the match that Heldt has already told Hannover president Martin Kind that he would like to move to his hometown club 1.FC Köln. Officially, Hannover have denied him a move, but sources have told the Futbolgrad Network that Heldt could move clubs should Köln be willing to part with €2.5 million. Heldt has told the media that there is an interest on both sides. André Breitenreiter in the meantime told the media following the game: “I am aware of the rumour, but I have always closely worked with Horst.” Pressed on the topic Breitenreiter admitted: “We are used to working with these kinds of turbulence. It would be too bad if Horst would leave the club, he has been key in signing some good players for us this summer, and it is too bad that these rumours are overshadowing the good work we are doing here.” 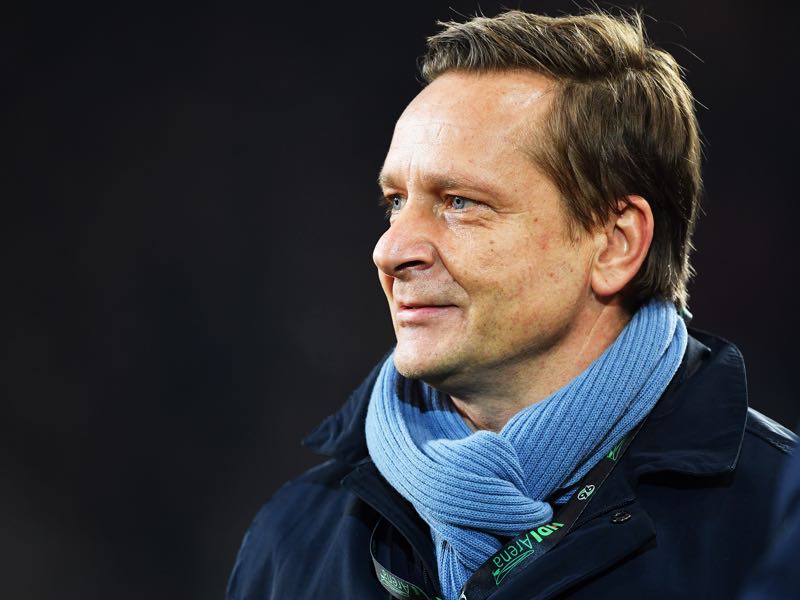 Hannes Wolf: “We started well and had some chances. We scored early and had some more chances. But we were happy with the first half. In the second half, we were pressed into our half and couldn’t create as many chances. We had a late chance to score, but Aogo missed.”

André Breitenreiter: “I wasn’t happy with first half. We were not strong in one-on-one situations. We were too static despite the fact that we wanted to create dynamic attacking plays by rotating the forwards. We, therefore, made changes at halftime, which allowed us to create more chances and we got the deserved equaliser. Stuttgart is a strong team and after two poor results, I am happy to turn around the match.”