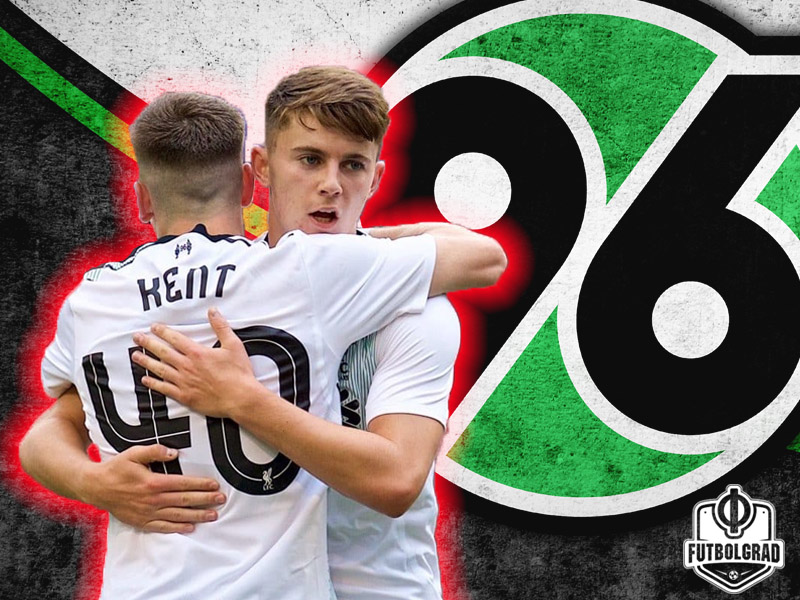 In 2011/12 and 21012/13 The Reds exploits in Europe kept their fans entertained, fixtures against Sevilla and Atlético Madrid, the pick of the bunch. Their last Europa League game came back in February 2013, eventually knocked out by the Russian side, Anzhi Makhachkala – Die Roten would soon fall from the Europa League knock out stages to Germany’s second tier. With that relegation came the grim reality that a hard fight was needed if they were to bounce back.

Bounce back they did, eventually – a dip in performance saw the Lower Saxony slip from first place in Bundesliga 2 to fourth, and with it any potential chance of promotion. It was too much for the hierarchy to take as the season end drew closer, and as a result Daniel Stendel was shown the door after a 0:0 draw with St Pauli on Matchday 25. Ex-SC Paderborn 07 and Schalke 04 coach, André Breitenreiter, was drafted in to save the season with only nine games remaining. Save it he did — Hannover secured automatic promotion, runners up to 2.Bundesliga champions, VfB Stuttgart. 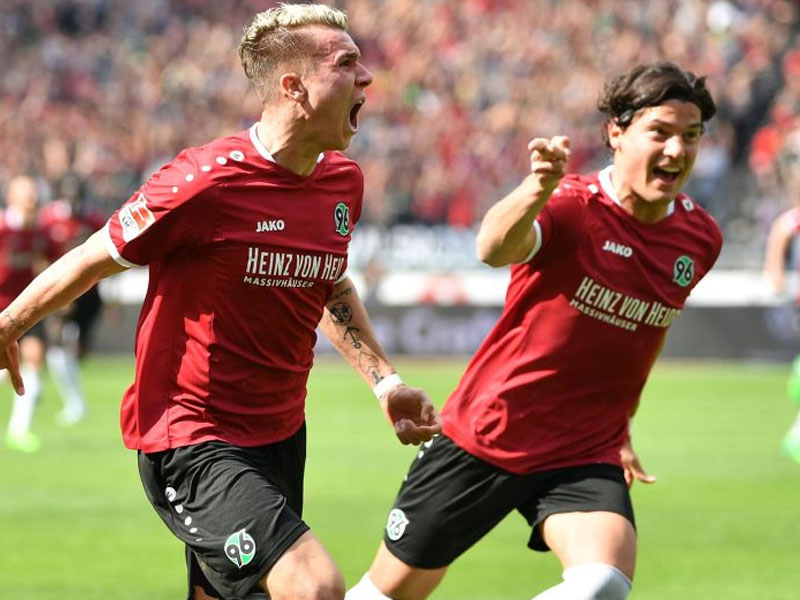 Felix Klaus of Hannover celebrates scoring his goal during the Second Bundesliga match between Hannover 96 and VfB Stuttgart at HDI-Arena on May 14, 2017 in Hanover, Germany. (Photo by Stuart Franklin/Bongarts/Getty Images)

Hannover sporting director Horst Heldt wasted no time in recruiting players so that Die Roten would be ready for their return to the top flight, speaking to Bundesliga.com in July Heldt identified the Aufsteigers as a club which needed to move fast, saying their “team needs to be functioning straight away”. It is sometimes ironic in football that the best-laid plans can come undone before a ball is kicked, and normally just before an important period. In Hannover’s case, this irony comes to a head just as the dust settles from the Supercup celebrations by Bayern München on Saturday night. For a team that planned their return to Bundesliga action meticulously, they now find themselves short of attacking options.

Sarenren Bazee has been ruled out for at least eight weeks with a hamstring issue while Uffe Bech’s injury woes take another turn. The Danish winger now has a torn meniscus to go with the tendon issues that only allowed him to feature seven times in the whole of season 2106/17.

It is no surprise then that the Reds have moved quickly to try and alleviate their attacking problems. This morning kicker have reported that Hannover 96 have contacted Liverpool over the availability of Ben Woodburn and Ryan Kent. Both Woodburn and Kent can play a variety of positions, crucially the same positions as their injured players.

Bech and Sarenren Bazee are right wingers with the ability to play on the opposite flank, or as secondary strikers. Of the two Liverpool players Woodburn has impressed the most – however Kent is slightly older so may handle the transition to the Bundesliga better. Either was both players shone over the preseason, Kent danced past the Bayern München back four during the Audi Cup, and Woodburn calmly slotted into the net during Liverpool’s final preseason game in Dublin, versus Athletic Bilbao. 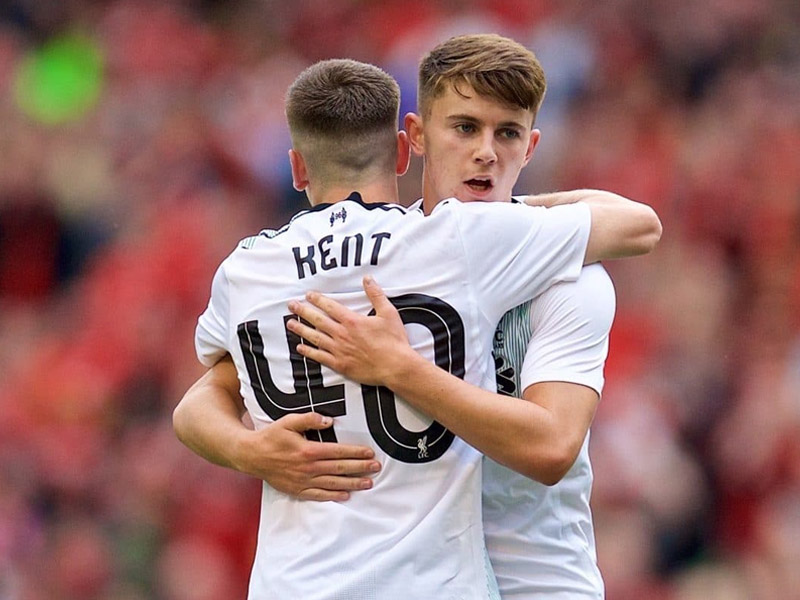 Ben Woodburn and Ryan Kent of Liverpool celebrate scoring during the Pre-Season Friendly match between Liverpool FC and Athletic Club Bilbao at Aviva Stadium in Dublin, Ireland on August 5, 2017 (Photo by Andrew Surma/NurPhoto via Getty Images)

Liverpool manager, Jürgen Klopp is no stranger to allowing his youth academy players to leave on season long loans so long as the host club abides by strict criteria. Liverpool have stringent requirements that must be met for players to be loaned out — this includes minimum playing minutes, the Liverpool Reds must be convinced that player development is not stifled by any loan.

Hannover’s request has seemingly received a serious response by Liverpool — Loan Pathways and Football Partnerships Manager, Julian Ward, is thought to have already visited Lower Saxony to inspect the environment within the promoted side.

While Die Rotten have requested both players it is thought unlikely they would arrive as a pairing. Woodburn has gained first team experience under Klopp and the German rates the 17-year-old highly – coming on as a 65th-minute substitute last November, Woodburn became Liverpool’s youngest ever goal scorer after netting the second goal against Leeds United in an English League Cup tie. Meanwhile, Ryan Kent has just returned to the Melwood training ground after completing a season long loan at EFL Championship side Barnsley FC.  Kent played 47 times while on loan, competing in both domestic cup competitions as well as league football – it is, however, his performance against Bayern München in the Audi Cup which caught the eye of the Hannover, sporting director Horst Heldt.

Hannover are open to the recruitment of both players – however, it is thought Woodburn tops the list with Kent being the ideal alternative should Klopp not see Woodburn’s development as one he is prepared to sanction away from Anfield.