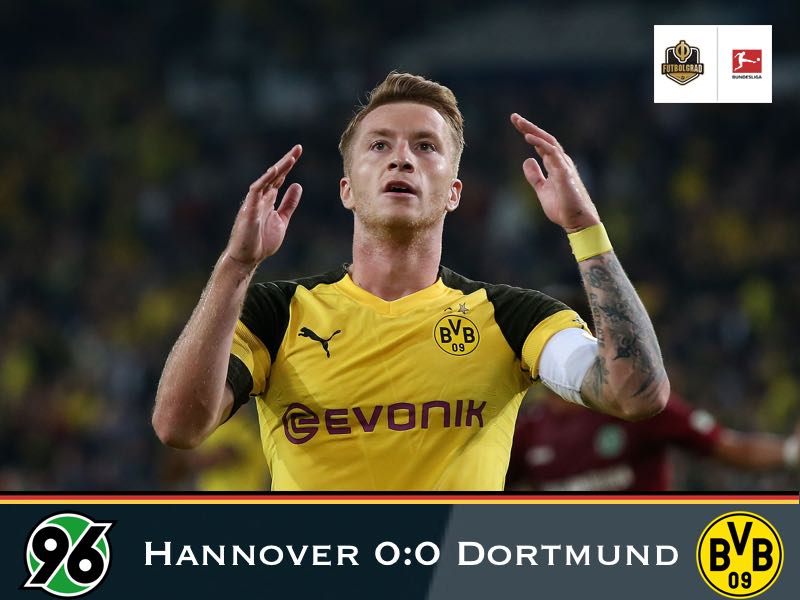 Hannover fight Borussia Dortmund to a standstill at the HDI-Arena

“Please be patient”, Lucien Favre explained following Dortmund’s win over Leipzig Hannover v Borussia Dortmund showed what the head coach meant with Dortmund struggling to create many tangible chances in what was a dire game against Hannover.

It was another sluggish start for Borussia Dortmund. The Black and Yellows saw them pressed deep into their half for much of the first 15 minutes by a confident Hannover 96 side.

As a result, it took Dortmund until the 26′ minute to create a chance, but Maximilian Philipp’s goal was waved off after Marius Wolf had won the ball from an offside situation. From the freekick, Hannover then created their first chance with 19-year-old winger Linton Maina seeing a shot blocked inside the Dortmund box.

Just before halftime, Marco Reus had two chances to secure Dortmund the lead. In the 40′ minute, Marco Reus was through, and only Michael Esser’s toe saved Hannover.

Two minutes later the forward was in the box again, and this time his strike hit the crossbar – although Hannover had bossed much of the possession in the first half at that point die Roten were lucky to carry a draw into the second half.

Bobby Wood was brought on for Hannover during halftime, and the American had the first chance of the second half deflecting a low cross by Maina the ball hit the outside of Roman Bürki’s goal.

Dortmund, in the meantime, continued their conservative game plan. It was only at the 61′ minute that Dortmund created a chance in the second half with Philipp hitting the crossbar with a header following a Reus freekick. The striker was then injured on the play, and despite bleeding from a headwound was able to carry on until the 79′ minute when Jadon Sancho replaced him.

With time ticking Dortmund struggled to create something positive. Marius Wolf, who had a real nightmare of a game, should have set up Reus for the lead in the 68′ minute completely open on the left the winger crossed the ball low into the six-yard box, his delivery, however, was not precise enough and Reus was unable to convert.

Hannover then had their biggest chance of the second half in the 78′ minute. Waldemar Anton hit the ball well with an excellent volley following a corner kick and only Abdou Diallo‘s interception meant that the ball curled past the post.

Five minutes were added, but neither side were able to break the deadlock in a match that came with plenty of promise but delivered very little.

Linton Maina was the man of the match. The 19-year-old Hannover 96 winger was a refreshing element in his first ever start at the HDI-Arena. Creative going forward and with a reasonable work rate on the defensive end, Maina was one of the main reasons Hannover managed to come away with a point today. 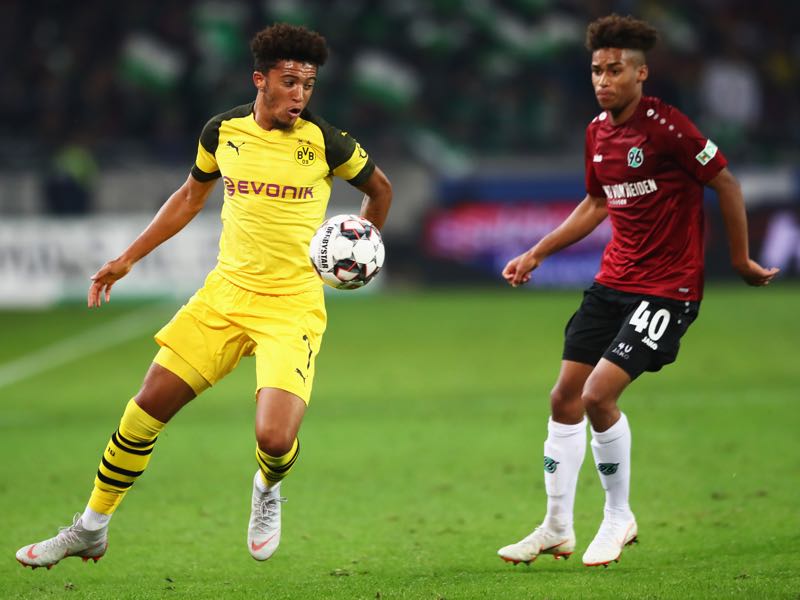 Borussia Dortmund fans were given a bit of a reality check today. Enthusiastic after the 4-1 opener against RB Leipzig the match against Hannover highlighted that his tactical plan will take some time until fully implemented. Furthermore, the game also showed that Dortmund still struggle when playing against teams that pressure them in the middle third. There are positives, however. Dortmund did not lose this game, which would have been a likely outcome last season, and in the form of Paco Alcacer and Christian Pulisic BVB were missing attacking players that would have likely made a difference today.

Loading...
Newer Post
Schalke look to return to their winning ways when they face Hertha on matchday 2
Older Post
Quincy Promes – What does the transfer mean for Sevilla and Spartak?