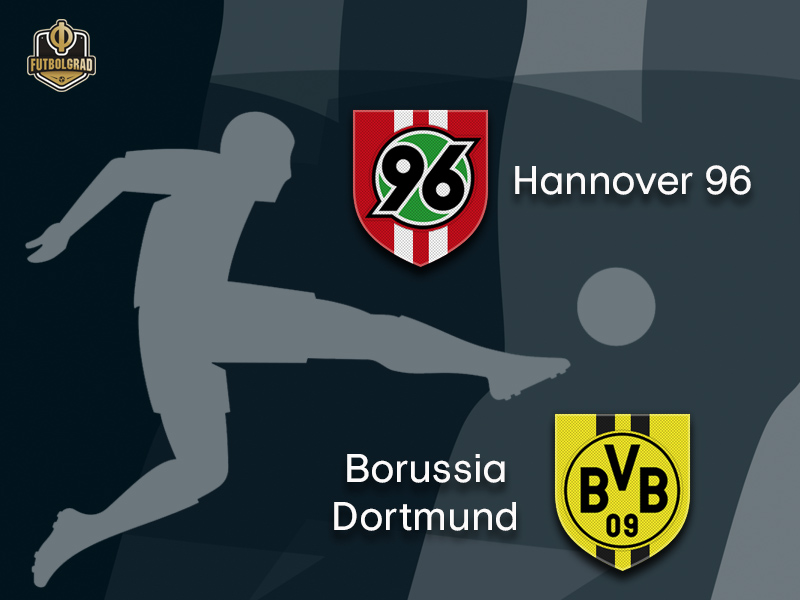 After a brilliant start, Dortmund want to show consistency against Hannover

Hannover vs Dortmund München will take place at the HDI Arena in Hannover. (Photo by Stuart Franklin/Bongarts/Getty Images)

It was a good start for Hannover 96. Widely expected to be among the relegation candidates this season die Roten started the season with a 1-1 draw against regional rivals Werder Bremen.

Goalscorer for Hannover was 23-year-old Hendrik Weydandt. The striker joined Hannover from Germania Egestorf/Langreder this summer without having played for an academy system of any major club in Germany.

Following a strong preseason in Hannover head coach André Breitenreiter included the striker in the squad on matchday 1. But the fairytale did not end here the striker was brought on in the 75′ minute and one minute later scored his first goal in professional football.

Weydandt’s heroics aside the point in Bremen ahead of the “bonus-game” against Dortmund was very important for Hannover. Dortmund, after all, showed on matchday 1 that the club is slowly being resurrected under the leadership of new head coach Lucien Favre.

Off the pitch, this week in Dortmund was all about new signing Paco Alcacer. His arrival, however, also means that Dortmund now have 30 players in the squad. With the transfer market closing in Germany at 18:00 CEST on August 31, just hours before the kickoff against Hannover, do not be surprised if Dortmund end up selling some players.

On the pitch, however, Dortmund impressed against RB Leipzig last Sunday beating die Roten Bullen 4-1. But while the result was impressive, Dortmund still showed some weaknesses in the first 20 minutes of the game in which RB Leipzig took an early lead and then controlled the game.

Like it was the case in the DFB Pokal against SpVgg Greuther Fürth Dortmund, however, was able to turn around a deficit. Dortmund’s new leaders Thomas Delaney, Axel Witsel as well as established star, and captain, Marco Reus showed the sort of character that was often lacking last season.

Those three were then the main protagonists in Dortmund’s come from behind victory. Their character will now also play a major role in providing long-term stability for Dortmund. In the last few years, excellent results were often followed by disappointment. Hence, for Dortmund matchday 2 against Hannover will be all about confirming the positive result against Hannover.

While Favre’s system is still a work in progress, Dortmund’s squad should have enough talent to get a decisive victory against a Hannover side that will spend much of this season fighting against relegation.

Hannover vs Dortmund – Players to look out for:

Borussia Dortmund have finally found their new number 9. BVB’s media department nailed it with a tweet that showed sporting director Michael Zorc and Paco Alcacer being matched on what looked like Tinder. The hunt for a striker was indeed drawn out process and whether BVB and Alcacer will be a happy match remains to be seen. Lucien Favre, in the meantime, was happy about having a clear number 9 in the squad. “He has the quality, can combine well with the rest of the team, goes right up front and has deepness to his game”, Favre explained to the media following the transfer. Whether he will start on Friday will be a game-day decision, but it appears likely that Alcacer will at least receive some playing time against Hannover. 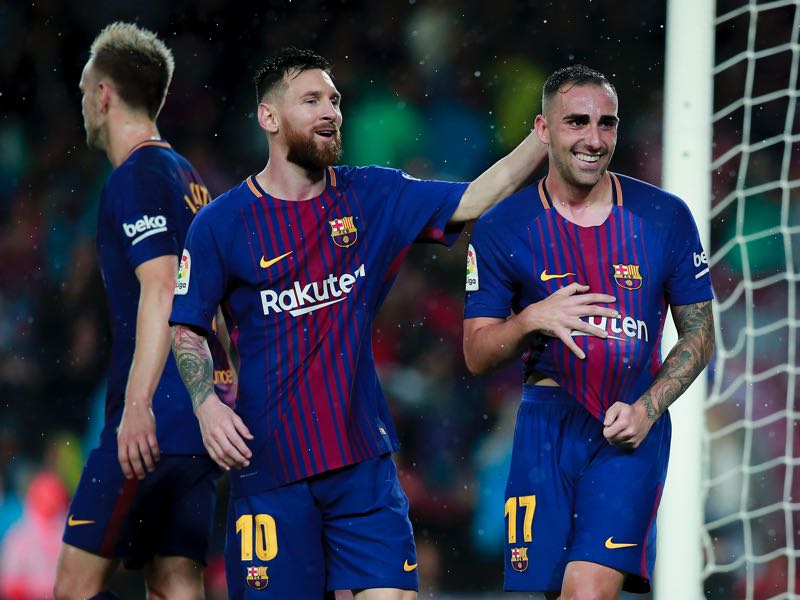 Weydandt’s exploits on matchday 1 somewhat overshadowed Niclas Füllkrug. But the 25-year-old striker remains Hannover’s number one forward. Scoring 14 goals in 34 Bundesliga games last season Füllkrug was linked with a move away from Hannover this summer. Borussia Mönchengladbach were willing €18 million in the striker. In the end, Hannover were able to convince Füllkrug to stay signing him to a new contract that makes him the best-paid player on the squad. “I am happy in Hannover and don’t harbour any ill feelings because I wasn’t allowed to leave”, Füllkrug explained this week. Whether he will stay beyond this season remains to be seen, however. His new contract includes a €24 million buyout clause, which would make him the most expensive Hannover player of all time. 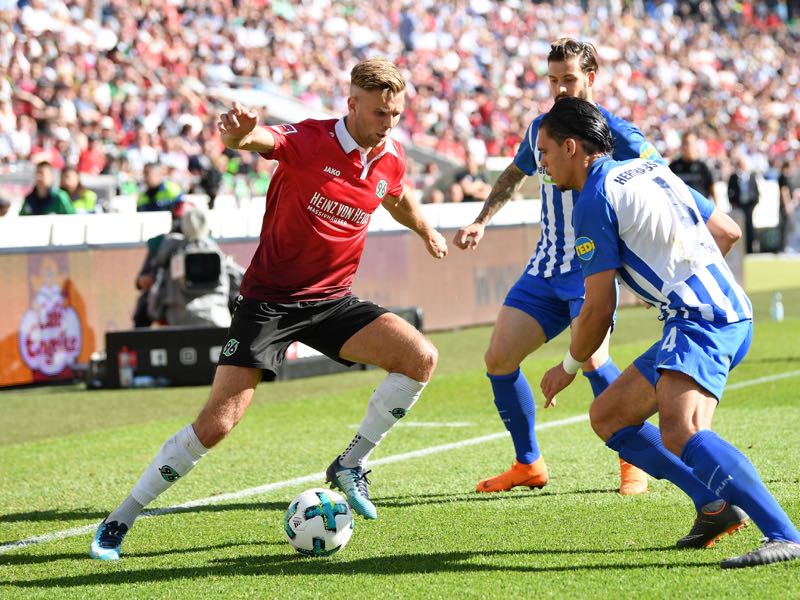 Niclas Füllkrug of Hannover is challenged by Karim RekikÊ of Berlin during the Bundesliga match between Hannover 96 and Hertha BSC at HDI-Arena on May 5, 2018 in Hanover, Germany. (Photo by Stuart Franklin/Bongarts/Getty Images)