Bayern München showed their class in the Olympiastadion, a dull first half was dragged into life by Ivan Perisic, Thomas Müller and Philippe Coutinho. The Bavarians move second in the table, behind Leipzig.

Nine places separated the two sides in the Bundesliga table before the start of play, but from the opening 15 minutes, there was little to split Hertha and Bayern on the pitch.

Vladimír Darida and Benjamin Pavard both picked up an early yellow card for late tackles. Darida for a challenge on Thiago, while Davie Selke was scythed down by Bayern’s French defender – Tobias Stieler was in no mood to allow either to go unpunished.

As the game reached the half-hour point both clubs had seen good chances go agonisingly wide. Robert Lewandowski did everything but score on the 25th minute, the striker could only watch on as his shot crept past Rune Jarstein’s far post.

One minute later Selke then found himself completely unmarked in the Bayern box, he could only steer his header high and wide – Hertha were trying everything to unlock the Bavarian’s backline, David Alaba had to be constantly alert, Selke and he were having a running duel.

With nine minutes of the half remaining, Philippe Coutinho connected cleanly with Thomas Müller’s cross – but he Brazilian fired his shot straight at Jarstein in the Hertha goal, all the fixture was now missing was the goal the football deserved.

A scruffy opening to the second-half was encapsulated by one phrase, ‘keeping possession’ – neither side seemed capable of doing so, attacking football petered out in the final third.

Bayern almost profiting from the untidy phase of play as Ivan Perišić’s header looked to have caught Jarstein off guard, but Jordan Torunarigha came to the rescue and cleared the danger.

Coutinho then created havoc on the edge of the box, twisting and turning he picked out xx who’s cross evaded everyone – when it did eventually fall to a Bayern player, Perišić’s shot was easily blocked.

The visitors crept towards a goal and it came in the 60th minute, Müller smashing the ball home from eight yards after excellent work from Leon Goretzka and Perišić.

One almost became two five minutes later, was it not for the intervention of VAR. Stieler consulted the pitchside monitor after originally allowing a goal, on viewing the replay he changed his mind. Lewandowski adjudged to have headed the ball out of Jarstein’s hands in the build-up.

It looked a contentious decision, but it mattered little on the 73rd minute as Lewandowski calmly stroked Bayern into a 2-0 from the penalty spot. The Poland international dispatching from the spot after Goretzka was fouled by Lukas Klünter.

Thiago quickly added a third, Bayern had blown Hertha away in the second half. The Spaniard’s wonderful strike nestled in the top corner, a goal of the highest technical quality. 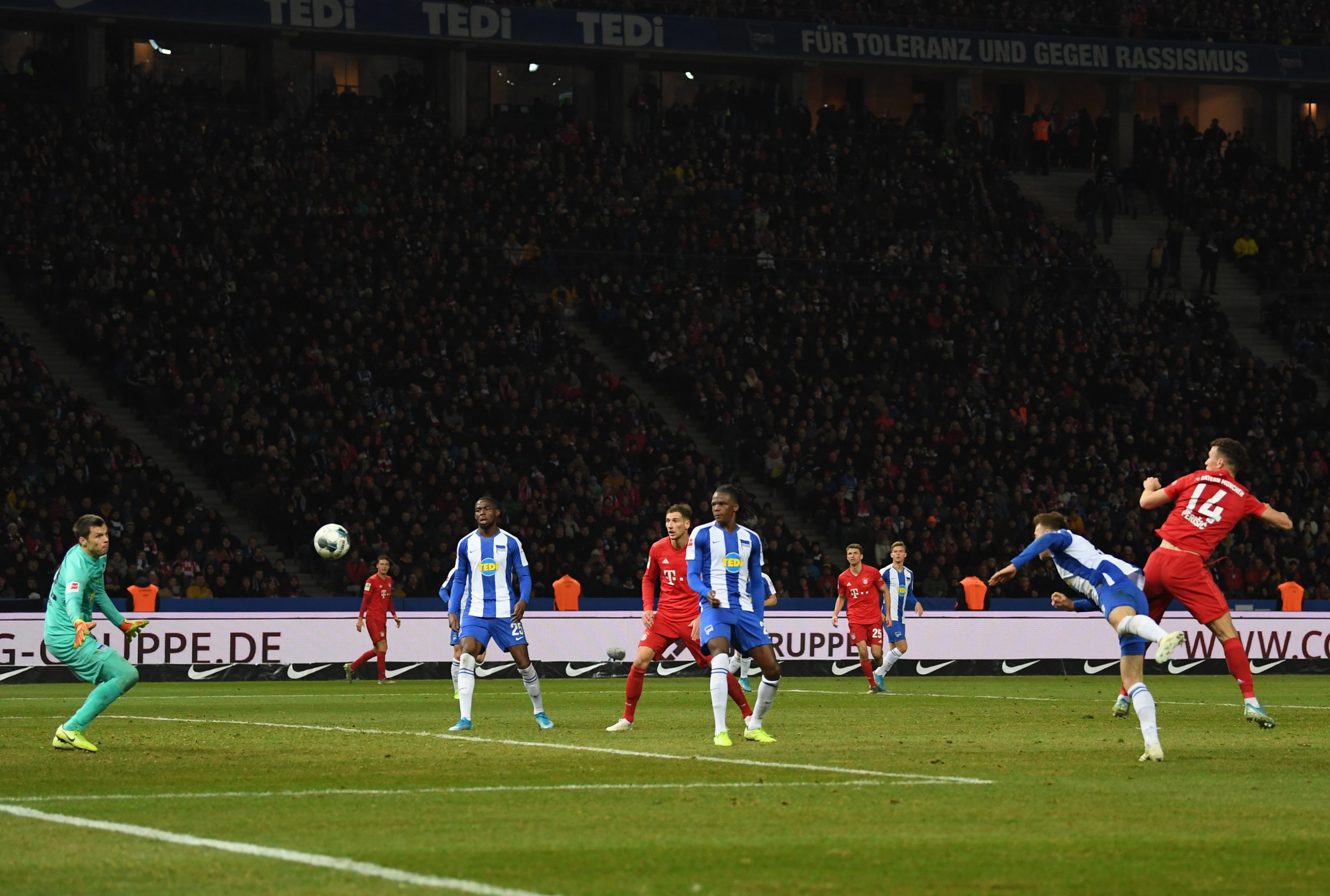 Creating two chances of real quality, the Croatian then grabbed himself the game’s final goal. A wonderful afternoon whereby he tore the Hertha defence to shreds.

The 30-year-old opened the floodgates with his goal on the hour mark, and his all-around play was of the highest standard. Questions are constantly asked if Müller still has a future at Bayern longterm, he keeps answering, emphatically – YES.

Until the Brazilian fired into life the game looked to be heading for a nil-nil draw. The midfielder grabbed the game by the scruff of the neck and Bayern romped home.