Ivan Perišić: More than a short-term solution for Bayern?

Croatian winger Ivan Perišić is on the verge of signing for Bundesliga champions Bayern München. Bayern will sign the 30-year-old Croatian in a one-year loan deal that will cost the club €5 million, and they will have a €20 million option to acquire him at the end of the loan.

The Ivan Perišić deal is also the latest chapter in the long and drawn out Leroy Sané transfer saga. A transfer saga that had come to a stop on Sunday when the Manchester City winger tore his ACL in the FA Community Shield victory over Liverpool.

With Bayern’s priority transfer target out until February/March, the club had to act even if they still going to pursue Sané. After all, the pressure to sign new players from fans but also players have grown in recent days.

“Our bosses are busy and working,” Niko Kovač said on Saturday (Aug. 10). “You can be sure that we’ll get players in by September 2nd [when the transfer window closes,” he added.

“We still have to sign three to four players,” Robert Lewandowski said after the DFL Supercup defeat to Borussia Dortmund. Meanwhile, Lothar Matthäus pointed out to the Futbolgrad Network at halftime that Dortmund, and not Bayern, would be able to win the game. “Look at Dortmund’s bench they have more depth, they are going to win the game from the bench,” Matthäus said.

As it happened, Dortmund’s depth did win the game in the end as Niko Kovač was forced to play Renato Sanches as a left-winger at one stage during the game. Not for the first time this summer it became apparent that the club’s 17 field players will not be enough for a successful season. Furthermore, with Kingsley Coman, Serge Gnabry and the very talented Alphonso Davies the club has just three wingers under contract.

Two of those wingers, Gnabry and Coman, struggled with fitness last season and throughout this summer. As a result, Fiete Arp was seen helping out on the wing. Bayern, therefore, always planned to sign an additional winger to Sané but it almost appeared at times this summer that the transfer of the 23-year-old German national team winger sapped all the energy out of the board and put any other potential transfer on the backburner—Timo Werner, who was expected to join this summer, for example, has been left in a state of limbo. 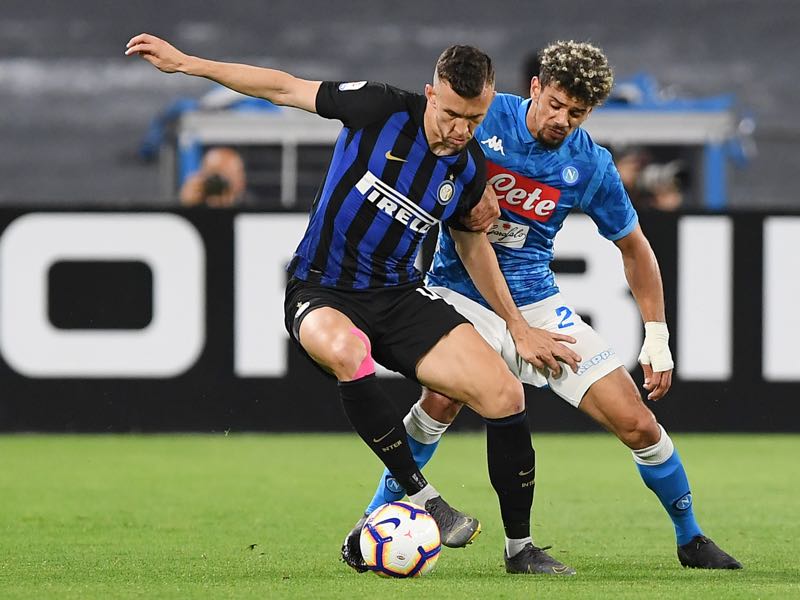 Meanwhile, other names like Steven Bergwijn, from PSV, and Hakim Ziyech, from Ajax, have opted to renew their contract at their respective clubs. Their agents are no longer willing to await Bayern’s decision regarding additional signings.

Ivan Perišić, in the meantime, has fallen out of favour with new Inter Milan head coach Antonio Conte. Last summer the 30-year-old was a hot commodity, a player that had helped reach Croatia the 2018 FIFA World Cup final, with offers from several top clubs. Perišić, however, stayed put and in 34 Serie A games managed eight goals and four assists. The Croatians style of play, however, is better suited for Kovač’s preferred 4-3-3 than for Conte’s 3-5-2.

“When Conte took over he was very open that he wanted to test Perisic in the left wingback role,” Nima Tavallaey Roodsari the founder of SempreInter.com the world’s biggest news site in English covering Inter said.

“After a couple of friendlies Conte stated publicly that Perisic cannot play in that role the way Conte wanted him to, adding ‘the only role he can play in right now is one of the two strikers,'” Roodsari said. “Fast forward another couple of friendly matches during which Perisic showed he can’t play in that striker role either, it became abundantly clear that it was time to part ways,” Roodsari concluded.

What can Ivan Perišić add to Bayern

Furthermore, it will be easy to integrate the 30-year-old as he already knows the Bundesliga from his time at Borussia Dortmund and Wolfsburg. The question, however, is what Ivan Perišić can add to Bayern’s squad?

Perišić’s advance statistics on Wyscout highlight that he will not be able to be a one-to-one replacement for Bayern’s main transfer target Sané. But when comparing Perišić statistics over the last calendar year with Bayern’s current wingers Davies, Gnabry, Coman and City’s Sané, he leads the pack when it comes to his dribble success rate (67.38%), crosses per 90 minutes (6.28).

Perišić, however, attempts dribbles far less often than any of the above-mentioned players. With 5.65 dribbles per 90 minutes, he lacks far behind Coman (11.82) and Davies (12.42) and even Gnabry (7.86). That lower rate, however, is made up by the fact that Perišić’s more athletic and direct approach leads to far better success rates.

Also, Perišić xG 13.56 means he is top in that category. Furthermore, among the players compared for this article he has fired the most shots in the last calendar year, leading that category with 130 shots ahead of Gnabry’s 111 shots on goal over the last calendar year. His nine assists over that period rank him second behind Sané’s 13 and ahead of all current Bayern players.

Going by his numbers achieved in the Serie A and Europa League Ivan Perišić would certainly be a welcome addition to a very thin squad. But at the same time, the 30-year-old would not be a visionary signing that could set up the club for the coming decade but rather a short-term solution that gives Bayern some breathing space in what has been a difficult transfer window for the club.