Jamal Musiala has been heavily linked with a transfer to England on Tuesday. The news arrives during a difficult period, to say the least, for Bayern Munich. Although clear at the top of the table, the Rekordmeister appeared to be vulnerable and was just knocked out of the DFB Pokal by Holstein Kiel.

Off the field, there have also been issues. David Alaba appears to be set to leave the club. News that a deal with Real Madrid is all but agreed on appears to be premature. But there is no doubt that the Austrian, who spent almost his entire pro-career at the Bavarian giants, is going to leave on a free-agent deal in the summer.

The news was followed by a difficult home game against Freiburg, that Bayern lost because Breisgau Brasilianer hit the crossbar in the game’s final minutes rather than the goal. With all that going on, it is difficult to imagine that Bayern Munich remains the main favorite (+275) to win the UCL.

For Bayern to defend their title, head coach Hansi Flick will need to have all players in top form. Including young Musiala. The 17-year-old has scored three goals in 12 Bundesliga games this season. The midfielder also wrote history when he became the club’s youngest goalscorer in Bundesliga history.

Born in Stuttgart but raised in England, the attacking-midfielder can play various positions in Bayern’s system. Flick has used him on the wing, as a playmaker, and as a number 8. There are some parallels to Thomas Müller when watching the 17-year-old. 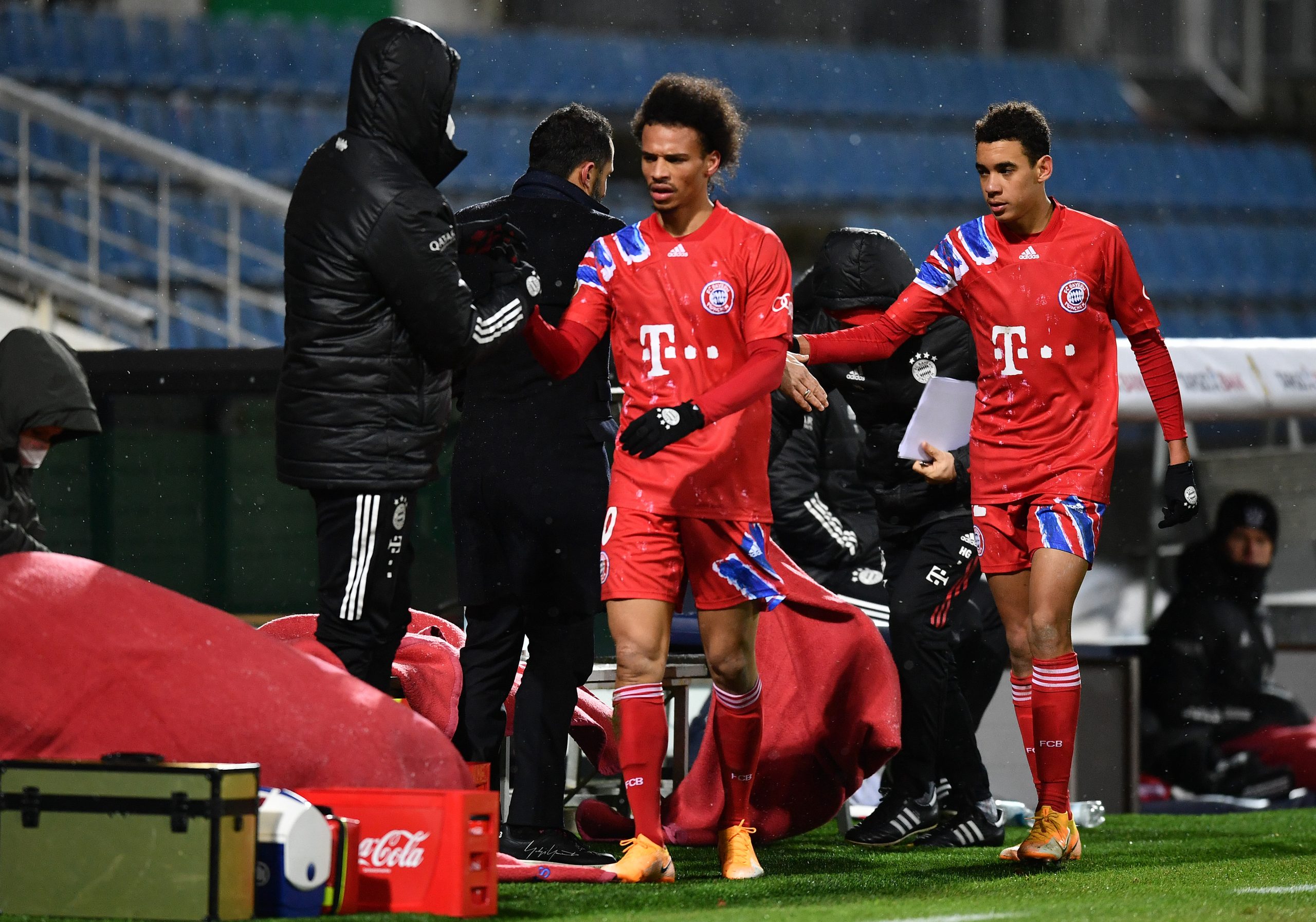 KIEL, GERMANY – JANUARY 13: Leroy Sane and Jamal Musiala of Bayern Munich are substituted off during the DFB Cup second round match between Holstein Kiel and Bayern Muenchen at Wunderino Arena on January 13, 2021 in Kiel, Germany. Sporting stadiums around Germany remain under strict restrictions due to the Coronavirus Pandemic as Government social distancing laws prohibit fans inside venues resulting in games being played behind closed doors. (Photo by Stuart Franklin/Getty Images)

Bayern certainly hope that Musiala can one-day fulfill a similar role to the legendary Bayern playmaker. Musiala’s numbers are already outstanding. On average this season, the 17-year-old has completed 61.9% of his 8.25 dribble attempts. He also wins 46% of his incredible 15.82 offensive duels.

Numbers that are Müller-esque. But plans to turn Musiala into the next Müller at Bayern Munich are in jeopardy.

According to Goal reporter Nizaar Kinsella, Bayern and Musiala are currently deadlocked over talks to renew the youngster’s contract. Kinsella claims that Musiala wants a bumper new €110,000-per-week deal, with the likes of Liverpool, Manchester United, and Manchester City monitoring the situation.

Right now, Musiala is still on a youth contract, which is set to expire in 18 months. Without Musiala signing a new contract, Bayern might be forced to sell the super talent. Musiala is aware that players with a British passport are in high demand and wants his contract adjusted accordingly.

For Bayern, however, the news comes at the least opportune moment. Just weeks ahead of the FIFA Club World Cup and with the Champions League returning soon, the Rekordmeister cannot afford another contract saga of David Alaba proportions, especially as Flick considers Musiala a potential future key player.