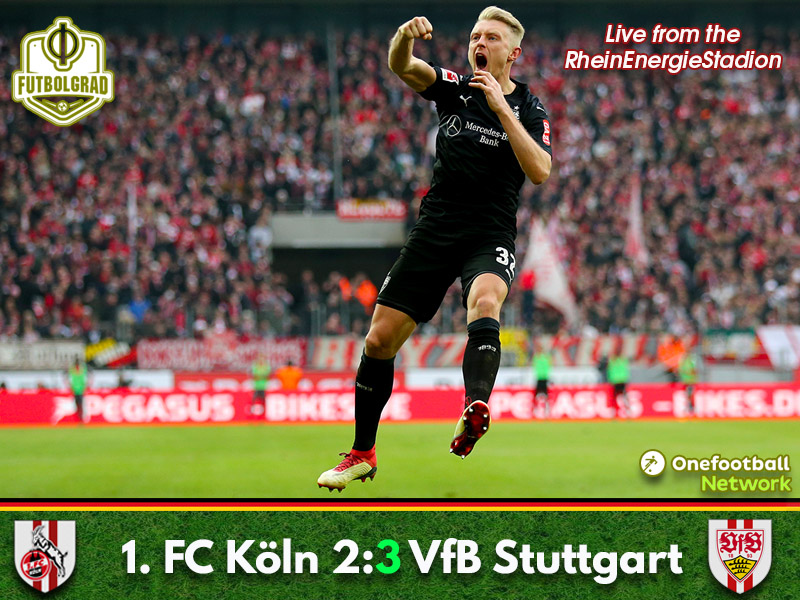 On an afternoon that initially promised so much for the hosts, Köln vs VfB Stuttgart ended with die Geißböcke registering their first loss in almost a month. From a position of dominance, they were quickly punished by Mario Gomez – leaving the euphoria of late replaced by a fear that only the Abstiegsgespenst can bring.

A raucous RheinEnergieStadion welcomed a Köln side who were looking to build upon their good results of late. The atmosphere around the pitch was intense and the Billy Goats responded by flying at their visitors. The deadlock was broken on seven minutes, but chances were aplenty before the opening goal. Hector and Osako caused Stuttgart problems inside the first three minutes before Claudio Pizarro hit the net for the home side. The Peruvian rifled his shot across the box into the far corner – Ron-Robert Zieler in the Stuttgart goal never stood a chance.

It took until the first quarter of the half for Stuttgart to get a foothold in the match. Christian Gentner found Mario Gomez inside the box, the striker spun on a sixpence but saw his shot deflected wide for a corner – it was a warning for the hosts that they needed to concentrate. As the half progressed it was Stuttgart who began to dictate the play and with a minute left the fixture was turned on its head. Not heeding an earlier warning to concentrate, Marco Höger was caught napping by Erik Thommy – a quick ball into the box from the midfielder and Mario Gomez was on hand to equalise. If that wasn’t bad enough for Köln 60 seconds later the same combination led to Stuttgart’s second, albeit with a horrendous mistake from Timo Horn – the goalkeeper misjudging the speed and flight on the ball, allowing it to creep under his body. As the whistle blew inside the RheinEnergieStadion those in the stands were in shock.

Stefan Ruthenbeck sent his Köln side out early for the second half, ready to take the game back to die Schwaben. Stuttgart however, had other ideas – on the 57th minute they had their third. This time Thommy picked out Andreas Beck, and from the edge of the box the right back somehow found the net. His shot looked innocuous enough, but it beat Horn – the goalkeeper with an afternoon to forget.

On came Jhon Córdoba and Leonardo Bittencourt for the hosts, both had chances to add to the score line, but it was the third substitute, Milos Jojic, who gave Köln hope for the final five minutes. Replacing Vincent Koziello, the Serbian dispatched a wonderful free kick into the net from the very edge of the box.

As the game crept into added time Stuttgart were holding on, with a show of resolute defending the Swabians pushed back the almost constant wave of attack from Köln. The hosts tried everything they could to find an equaliser, but it was all to no avail.  The defeat leaves the Billy Goats at the bottom of the table – it looks terminal for them now with ten matches remaining.

Köln vs VfB Stuttgart – Man of the Match: Erik Thommy

Three goals for Stuttgart this afternoon and three assists for the midfielder – you can’t really ask for anymore. Dominating the right-hand side of the pitch the 23-year-old was a constant danger for the visitors. Dispossessing Marco Höger he then showed his quick thinking by firing the ball into Mario Gomez. Moments later Thommy was at it again with the same result. A 90 second passage of play that helped decide the entire 90 minutes. 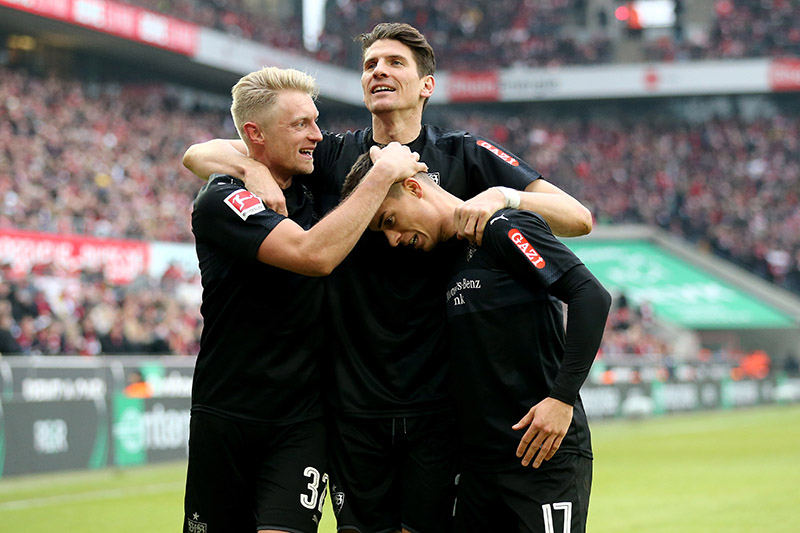 After taking an early lead there was an atmosphere around the stadium that something special could be on the cards, it was – but not for the home side. From being in a position of dominance the game slipped away – mistakes by Höger and Horn in under two minutes led to a sequence of events that the Billy Goats couldn’t recover from. Der Abstiegskampf can be a cruel place, especially when you are rock bottom.