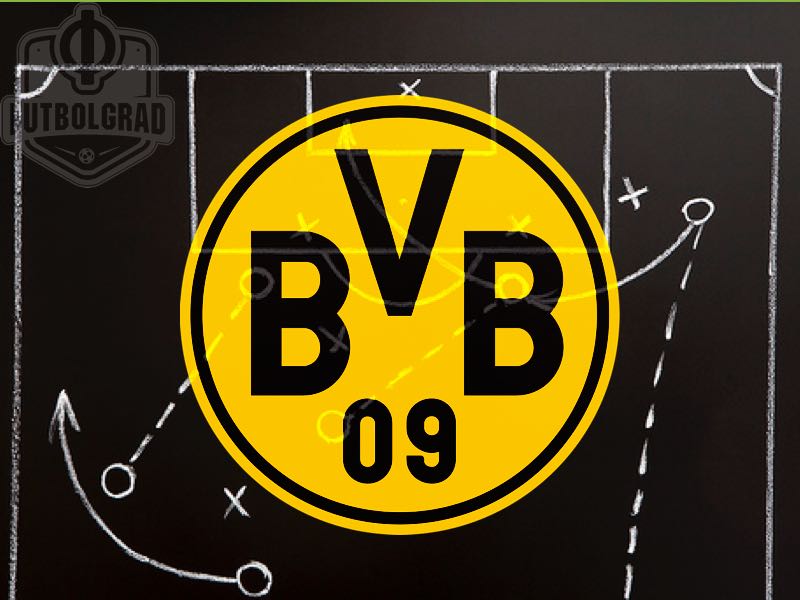 Ahead of Borussia Dortmund vs RB Leipzig, the primary question was whether Peter Bosz could finally stabilise his defence against a big side. Dortmund have been impressive in the Bundesliga winning six games and drawing once. At the same time die Schwarzgelben have struggled when facing top opposition in the Champions League.

Both Tottenham Hotspur and Real Madrid exploited Peter Bosz’s high defensive line finding space in the attacking area by hitting Dortmund quickly on the counter-attack. Against Tottenham, for example, Dortmund had more ball possession and seemingly dominated Tottenham, but wasted their opportunities and were quickly overwhelmed in their defensive third. 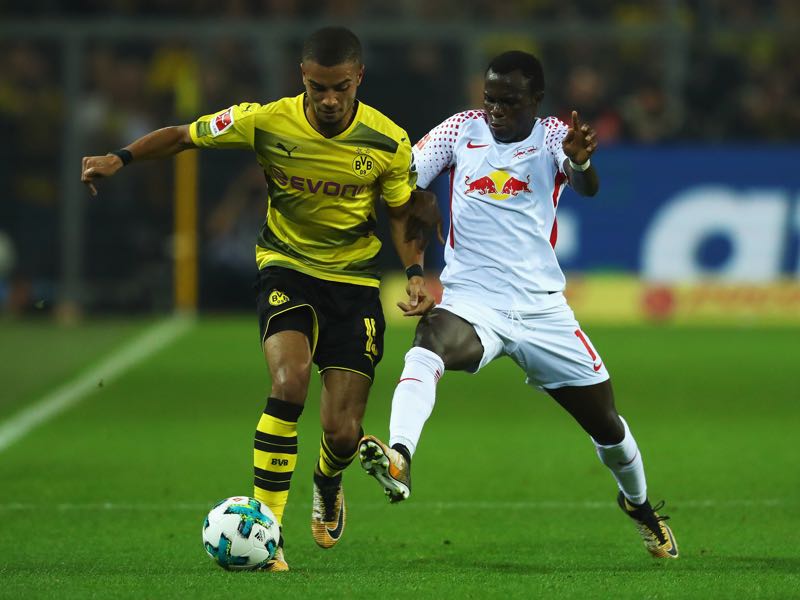 Bruma (r.) had a field day with Jeremy Toljan (l.) in Leipzig’s win over Dortmund. (Photo by Dean Mouhtaropoulos/Bongarts/Getty Images)

Against Real Madrid the picture was similar. Dortmund had 52% ball possession and were even in shots on goal with 16 each. Dortmund also had an edge in passes completed with 509 to 461. But Real managed to exploit the open space given to them by Dortmund effectively by creating eight big chances and converting three of them to beat Dortmund 3-1 at the SIGNAL IDUNA PARK.

Bundesliga Opposition has Been no Benchmark

Meanwhile in the Bundesliga Dortmund faced Wolfsburg, Hertha, Freiburg, Köln, Gladbach and Augsburg. All six teams have struggled offensively at times this season and lacked the quality to challenge Dortmund’s defence tactically and physically efficiently. Both aspects are essential as Dortmund showed that they struggle when teams come at them with speed.

Now in Leipzig Dortmund were once again facing a top team. Although Leipzig have somewhat struggled with the new reality of playing in the Champions League and the Bundesliga die Roten Bullen have recently shown certain tendencies in the Bundesliga by winning their games against Eintracht Frankfurt and 1.FC Köln.

Furthermore, Leipzig, even without Timo Werner, who is recovering from cervical aching, have plenty of speed up front. As always Ralph Hasenhüttl opted for a 4-2-2-2 formation with plenty of physical power and pace up front. Jean-Kévin Augustin and Bruma on the left-side especially caused plenty of trouble for Dortmund’s right-back Jeremy Toljan, who had an absolute nightmare in this game.

It was, however, Dortmund, who would strike first when Pierre-Emerick Aubameyang benefited from a defensive mistake by Stefan Ilsanker. The Austrian back pass to Péter Gulásci was too short, and Aubameyang pounced on the ball quickly opening the scoring.

From then on it was all Leipzig. Marcel Sabitzer equalized with a header after Roman Bürki misjudged the ball in the box in the tenth minute. Then 15 minutes later Bruma turned Toljan inside out with a fabulous run down the left-wing and along the goal line to set up Yussuf Poulsen for Leipzig’s second goal.

2-1 was the score at halftime and two minutes after the break the game was pretty much wrapped up for Leipzig. Sokratis brought down Augustin in the box and received a red card. Augustin stepped up and quickly converted the penalty to make it 3-1. There was some doubt about the penalty, there was, however, no doubt that Augustin had once again escaped Dortmund’s defence highlighting the most significant weaknesses of Dortmund’s system.

Dortmund was to Ineffective for a Comeback

Dortmund did, however, almost find a way back into this game. Two yellow cards in quick succession to Stefan Ilsanker levelled the playing field and shortly after Pierre-Emerick Aubameyang received a penalty after Dayot Upamecano clipped him in the box. After that Dortmund had countless chances with Aubameyang recording five clear-cut chances.

Die Schwarzgelben were, however, unable to get back into this match and recorded their first defeat of the season. The loss to Leipzig was also the first defeat at home since April 2015—at a time when Jürgen Klopp was still in charge. More importantly, the game also highlighted two of Dortmund’s biggest problems, which is a high and vulnerable defensive line and inefficiency in front of the opposition’s goal.

Peter Bosz has already identified the first before the season kicked off. The Dutchman was frank ahead of the season that Dortmund could lose some games by big scorelines because his style of play will require a steep learning curve for his players. In the Bundesliga, the calendar has been kind to Dortmund allowing his players to learn on the fly while also winning matches against weaker opposition.

Although he scored 31 goals last season Aubameyang is wasteful when it comes to converting his chances. (Photo by Lars Baron/Bongarts/Getty Images)

The Champions League has been less kind, but there was hope that third time was a charm and that Bosz would find a solution to defend against a high pressing team like Leipzig. The answer is not really. Dortmund still struggle against attacking players that have pace and one could only imagine what would have happened if Timo Werner would have been fit for this game.

As it stands Dortmund’s defence, therefore, remains a project and while the midfield and attack are enough to dominate the majority of the Bundesliga sides tactically astute coaches like Ralph Hasenhüttl and Julian Nagelsmann will exploit Dortmund’s current vulnerability.

Meanwhile, Dortmund’s other big issue is scoring goals. Aubameyang’s ability has been discussed plenty of times. The forward scored 31 goals last season, at the same time, there is a sense that Aubameyang could score even more goals. Against Leipzig, he left out two clear-cut scoring chances and could have probably won the game on his own. It would be too easy too put it all on Aubameyang though. The likes of Andriy Yarmolenko and Maximilian Philipp also failed to score showing an ineffectiveness that in the long-term could become a problem for Dortmund.