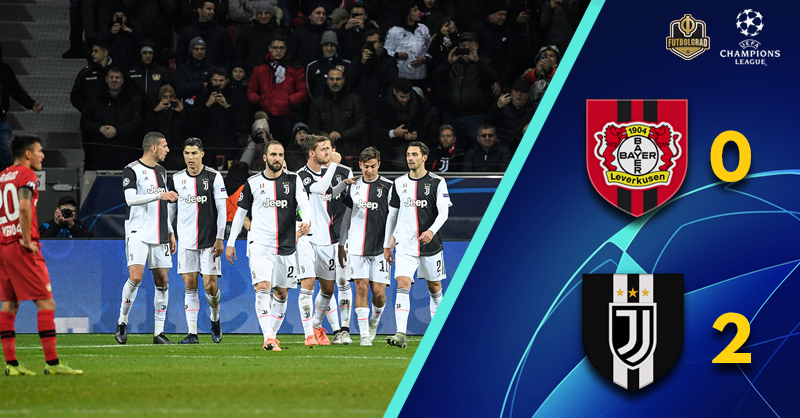 Leverkusen fall at the final hurdle to Cristiano Ronaldo and Juventus

The task on Matchday Six was ultimately too big for Peter Bosz’s side, who now slip into the Europa League – a competition that will suit them far better and offer a genuine chance of a trophy.

Leverkusen won their last two Champions League fixtures, mounting a late charge in Group D – climbing up to third, just one point behind second-placed Atlético Madrid. The Werkself’s path to the Round of 16 was clear, beat Juventus and hope Atlético failed to win at home to Lokomotiv Moskva.

It was a cautious start by both sides, the opening 10 minutes looked a battle of who could pass the ball around their own backline more – that was until Juventus broke at speed. Gonzalo Higuaín raced clear, with just Lukas Hradecky to beat the forward opted to square the ball to Cristiano Ronaldo – it was the wrong choice entirely.

Seconds after failing to take the lead the Italians were almost behind, Moussa Diaby rattled the crossbar from distance, Gianluigi Buffon was beaten, and it didn’t take long for the elder statesman to be fully involved again.

Karim Bellarabi’s fierce drive across the box brought the best out of the Juventus goalkeeper, there was barely 20 minutes on the clock and both teams had done more than enough to break the deadlock – Ronaldo inches wide from a similar cross-box opportunity of his own.

After a tiptoe opening, the chances started to rack up for both sides. Higuaín blasted high and wide from close range on 35 minutes, shortly after a free header from Lucas Alario that just looped over Buffon’s right post.

As the first half drew to a close it was the hosts who looked more in control – Kai Havertz almost opened the scoring from close range in the 45th minute.

As the teams came out, Leverkusen still had a glimmer of hope for the Round of 16, but Maurizio Sarri’s side had different ideas. Kicking it up a level the Italian’s began to carve their hosts up – Federico Bernardeschi was finding space on the flank along with Juan Cuadrado.

Ronaldo thought he had his goal on 50 minutes, but the Portuguese star had strayed offside – his finish, however, was impeccable. The danger signs were beginning to show for Leverkusen.

As word of Atlético’s impending victory spread through the BayArena it affected both sides. Leverkusen, now aware of their Europa League destiny toned down their early attacking intent. For Juventus, their approach matched that of a training fixture – a luxury afforded by their earlier efforts in the group stage.

With 15 minutes remaining the deadlock was finally broken and it came via a usual suspect – Ronaldo tapping into an empty net after a crossfield ball from Paulo Dybala. It was only the forward’s second strike of the Champions League season, but his 128th in total.

As the clock hit 90 Higuaín doubled the Italian advantage, a solid second-half performance from Juventus. 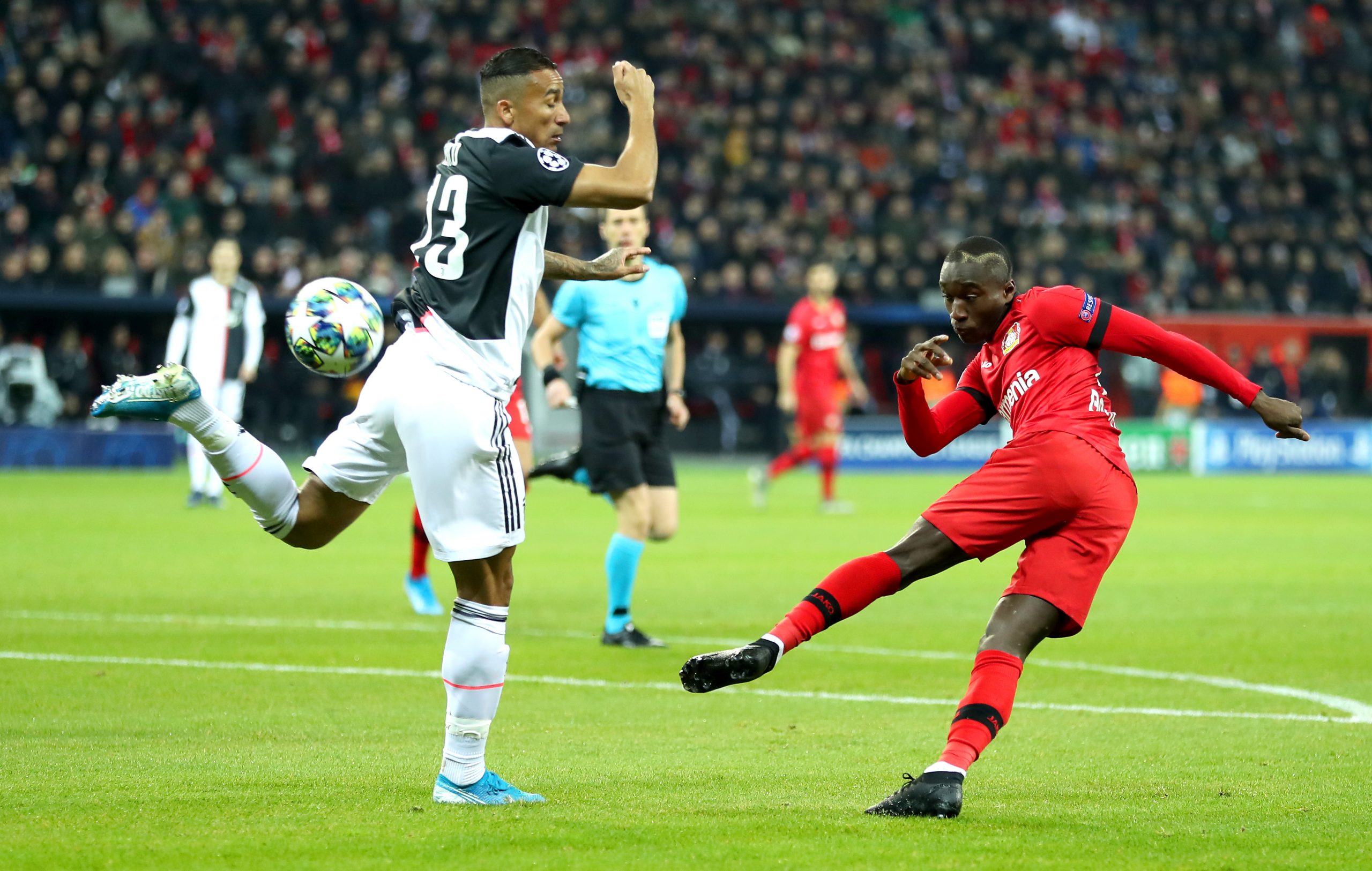 The French forward was a thorn in the Juventus side during the opening half, driving at the Italian backline he presented a very real danger every time Leverkusen looked to attack. Hitting a tremendous shot that cannoned off the post, he was unlucky not to grab a vital home goal.

At 25-years-old the centre back was making just his third start of the season, two of which had come in the Champions League. With an unfamiliar partner, the Empoli youth graduate quickly settled as showed a distinct knack to read situations well.

A menace throughout the 90 minutes, the Portuguese attacker eventually got the better of Sven Bender. Making the same tireless run it finally paid dividends in the 75th minute as he tapped home the only goal of the game.

Leverkusen gave it a real go in the first half, but almost consigned to their fate they slowed down the tempo and eventually fell to a goal of simplicity from Juventus’ main man. The Europa League awaits and it should provide Bosz with an opportunity to reach the latter stages once again as a coach.