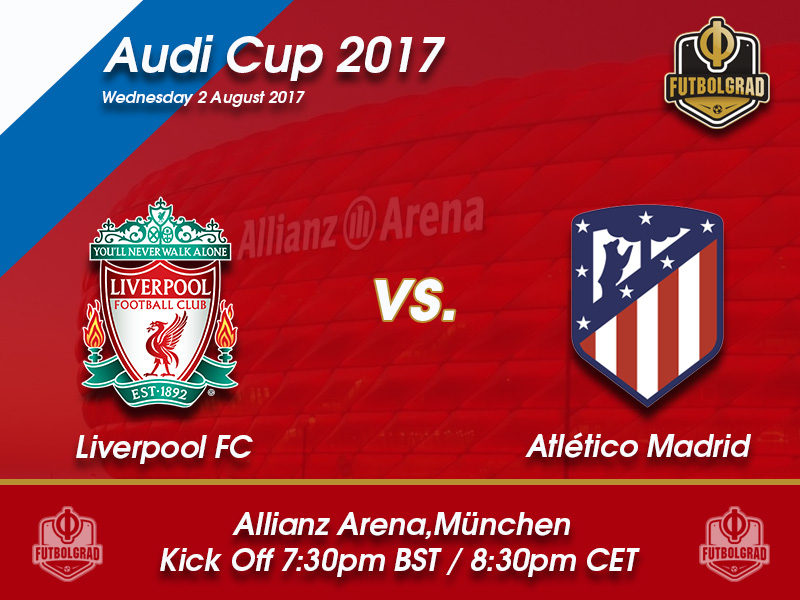 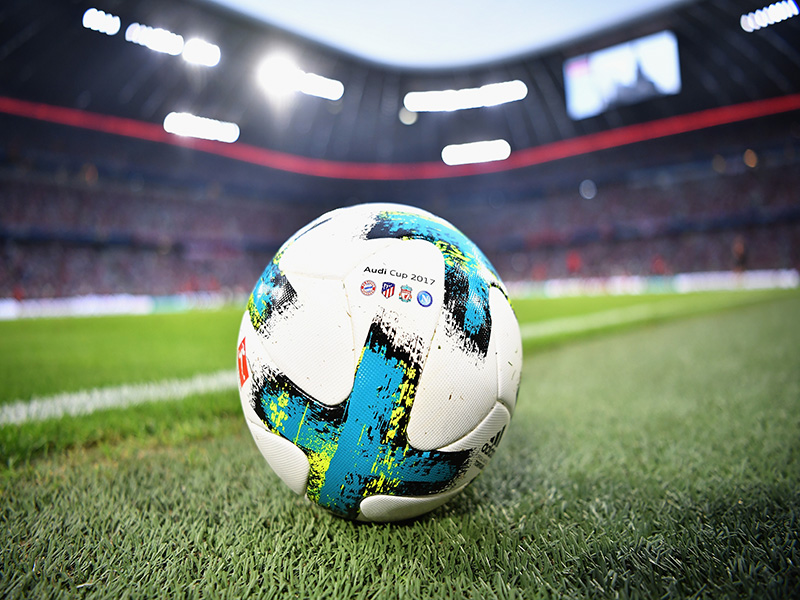 Liverpool vs Atlético Madrid will take place at the Allianz Arena in Munich, Germany. (Photo by Sebastian Widmann/Bongarts/Getty Images for Audi)

Not the Audi Cup Final hosts FC Bayern München had in mind – however, Jürgen Klopp’s Liverpool put Bayern to the sword to set up a meeting with SSC Napoli’s conquers, Atlético Madrid. The 2017 edition of the Audi Cup will be the first one where hosts Bayern haven’t featured; they had previously won three of the other four iterations – losing out to Barcelona in 2011.

Liverpool have had an encouraging preseason, to say the least. Victorious in the Premier League Asia Trophy in Hong Kong, a 0:3 victory in Berlin’s Olympiastadion against Hertha followed. There was a feeling within the Liverpool circle that FC Bayern München would provide a firm resolve, the Reds first real test – it wasn’t to be. In a night to forget for their hosts, Liverpool outplayed Bayern in every area – Sadio Mané tortured Rafinha while even youngster Ryan Kent danced past the Bundesliga champions defence like they were training ground cones. On an evening where Liverpool looked frighteningly fast, Klopp was not that overawed. In the post-match press conference, the Reds manager said, “I am satisfied, but I think we can play better”.   Diego Simeone’s Los Rojiblancos must be a little worried given Liverpool’s dominant display.

Atlético left it late in their fixture versus Napoli – scoring twice in inside the last 20 minutes, Los Rojiblancos eventually did enough to reach the final and a meeting with Liverpool. It could have been very different for Simeone’s men, Jan Oblak saved Arkadiusz Milik first half penalty but still, the Spaniards had to go behind to come to life. Ex-Liverpool striker, Fernando Torres pulled the equalising goal back before Vietto grabbed the all-important winning seconds. The first game of the 2017 Audi Cup was a scrappy affair, niggling challenges and off the ball incidents usually reserved for a Champions League knock out fixture were on show. Diego Godin acutely suffered from red mist inside the final 10 minutes and picked up two yellow cards which saw him dismissed from the field of play. Even without one of their most influential players, Atlético should provide a sterner test for Liverpool than a surprisingly weak Bayern.

Liverpool vs Atlético – Players to look out for:

The 25-year-old Senegalese winger has been a revelation for the Reds since his arrival from Southampton last summer. His departure to the African Cup of Nations coincided with the end of Liverpool’s title challenge, an indication of his worth to Jürgen Klopp’s side. A skilful player, full of flair — his goal was well taken as was his back-heel pass in the build-up the Red’s second goal.  Mané frightens the opposition with his speed and his dribbling ability coupled with his directional changes make him hot to handle for any defence.

Los Rojiblancos will be exceptionally pleased they have managed to keep hold of their star striker in a summer which saw a few key departures. Talk of a transfer to Manchester United faded, and with it came a new drive from Griezmann to focus entirely on Atlético. Turning provider in the first game yesterday he is a genuine and present danger for Liverpool.  Adept at holding up the ball, or laying off quickly, he combines well with those around him. He is for many the perfect striker.

Antoine Griezmann of Atletico Madrid in action during the Audi Cup 2017 match between Club Atletico de Madrid and SSC Napoli at Allianz Arena on August 1, 2017, in Munich, Germany. (Photo by Sebastian Widmann/Bongarts/Getty Images for Audi)