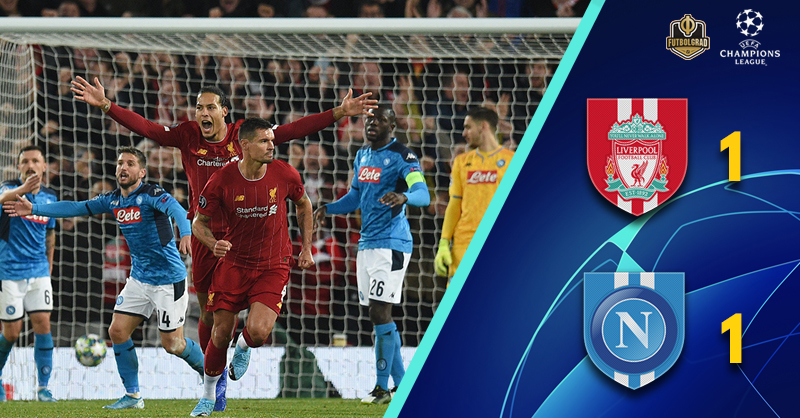 All square at Anfield as Napoli frustrate Liverpool

Liverpool overturned an early deficit to salvage a point at home against Napoli, but it’s a result that leaves Group E wide open when Matchday Six returns in two weeks.

Showing early intent, Napoli attacked directly from the kickoff – their first sight of goal came with two minutes on the clock, it set an early tempo.

Jürgen Klopp’s men have been prone to leaking a goal or two of late, despite their excellent run of form – when teams attack, success has been found – something Napoli knew all too well after their victory on Matchday One in Italy.

Liverpool were dealt an early blow when Fabinho had to leave the field on 19 minutes after an innocuous-looking challenge with Hirving Lozano, Gini Wijnaldum sent on to replace the Brazilian.

For all the European champions’ early possession they couldn’t find a way past their guests, who were playing a back seven without the ball – but crucially retained the ability to break at speed.

It was this turn of pace that allowed Napoli to take lead on 21 minutes – Dries Mertens smart finish gave Alisson no chance. Liverpool were furious, believing Virgil Van Dijk was fouled in the buildup. VAR checked – no foul and no offside, the goal stood.

Liverpool kicked into life, but for all their pressure Napoli held strong. Van Dijk with the Reds’ best chance of the half, but his free header inside the box could only find the hands of Alex Meret in the Napoli goal.

As the half drew to a close, Liverpool had the better of the opportunities but Napoli had the lead – and control of Group E, a yellow card for Klopp on the stroke of halftime a fitting tribute to the entire ground’s frustrations.

Liverpool came out for the second half-aware of the task in front of them, overturn the early Napoli goal and avoid a ‘final’ situation in Salzburg in two weeks time.

However, Napoli are no pushovers, despite their recent Serie A form and the Italian’s continued to produce a robust display at the back, frustrating Liverpool all the more.

Nikola Maksimović and Mário Rui denied Liverpool the space to allow their high wingbacks to cross the ball, while Kalidou Koulibaly and Kostas Manolas remained all but impossible to pass centrally, as the hour passed Napoli looked comfortable defending deep and countering fast.

The hosts were unable to find that final bit of quality needed to unlock the disciplined defence in front of them. Roberto Firmino had the chance to level the score on 62 minutes but the forward could only find the Kop with his head, not the Kop end net.

Inspiration came from an unlikely source three minutes later – Dejan Lovren rose like a salmon from a James Milner corner. The Croation”s header had no such problem as the ones before, Meret was routed to the spot. It was a lifeline for the Reds and fully deserved from their pressure.

With the game tied Napoli were happy to defend, to see the game out and take their chances against Genk on the final Matchday. Liverpool tried for all their worth to break down the stubbornest of defences once again, and as the clock showed five minutes remaining the fixture seemed destined for a draw. 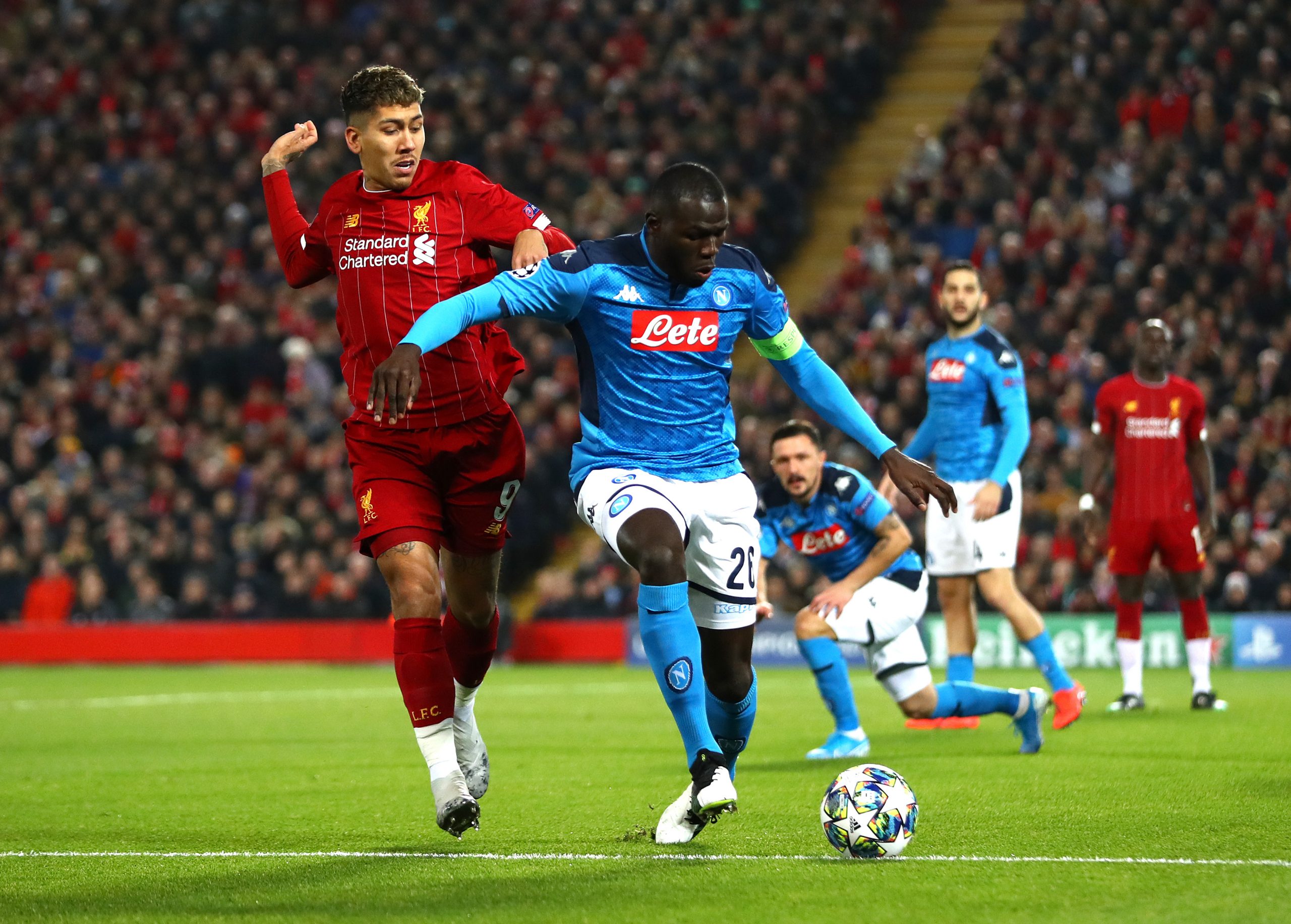 Containing the free-scoring Liverpool has been a gargantuan task of late, and the Napoli centre back was up to the task from the first whistle. An imposing figure, his strength and ability are matched in numbers. If Van Dijk is regarded as the best in the world, then the Senegal star must be his main rival for the position.

The Belgian forward reminded Liverpool just how dangerous he can be, following up his previous goal against the Reds on Matchday One with a wonderfully taken strike at Anfield. The window of opportunity was small, but the striker threaded the ball past Alisson into the far corner.

A goal of worth for the central defender, and what a goal it was. A beautiful header that gave Meret no chance in the Napoli goal. Some may say he was culpable for the Italian’s opener, but the truth was he was left in the lurch by Van Dijk who could have got up from the challenge that left him on the floor.

It’s a result that Klopp and his men certainly didn’t want with a glut of fixtures coming up in December, but now the holders must travel to Salzburg seeking a positive scoreline to make the final stages.