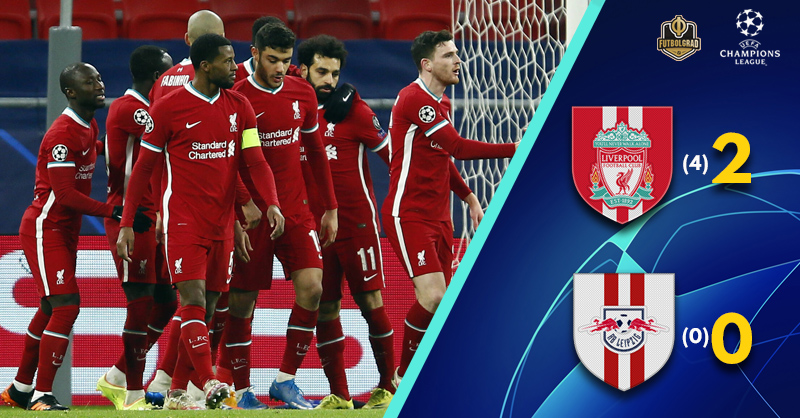 Leipzig go for broke, but Salah and Mane break hearts in Budapest

Two late goals from Mohamed Salah and Sadio Mane eventually extinguished Leipzig’s hopes of reaching the quarter final stage of the Champions League. Now the Bundesliga side must make sure their title challenge and DFB-Pokal dreams come to the fore, their season still remains full of promise.

“We have to approach the game with a mixture of aggressiveness in attack, and humility – that will be decisive,” Julian Nagelsmann said prior to kickoff. Unhappy with a number of areas after the first leg, the Leipzig head-coach wanted to focus on the present, not the past.

Despite the deficit of two dreaded away goals, the feeling was a positive one. If the Saxony side could score early anything was possible, especially given Liverpool’s form of late.

An opening five minutes that belonged to the “home side” will not have been part of the plan. Thiago had a wonderful opportunity to score after just two minutes, space in the Leipzig backline exploited once again, but the ex-Bayern player opted to pass not shoot.

Alisson pulled off a superb close range save to deny the ending a quick flowing counter attack deserved, Dani Olmo could only look on with angst to see his strike swiped away.

It started a tempo that fitted both clubs. Diogo Jota forced Gulácsi to match Alisson’s antics, before Thiago’s outstretched leg denied Christopher Nkunku a simple tap in – twenty minutes had gone and the fixture fired into life.

Hungarian Gulácsi, on home soil once again, became the busier of the two shot stoppers. Thwarting Mohamed Salah in the game’s first one-on-one duel, Mane was then unable to make the most of the rebound.

Liverpool spurned a number of good chances to effectively end the tie inside the opening half hour, but an inability to find the net was on show once again from the Premier League champions.

Leipzig, like in their last Bundesliga game against Frieburg before this matchup, remained patient. Penetrating the Reds’ high backline, Emile Forsberg’s shot kissed the post as it rolled agonizingly wide. With the match edging towards halftime the fixture was an intriguing battle in midfield – both looked sharp in attack but equally edgy in their defensive duties.

The last kick of the half should have resulted in a Liverpool goal, a mistake at the back was not seized upon by Jota, the Bundesliga side were living dangerously and Nagelsmann’s exhale on the sideline showed it. 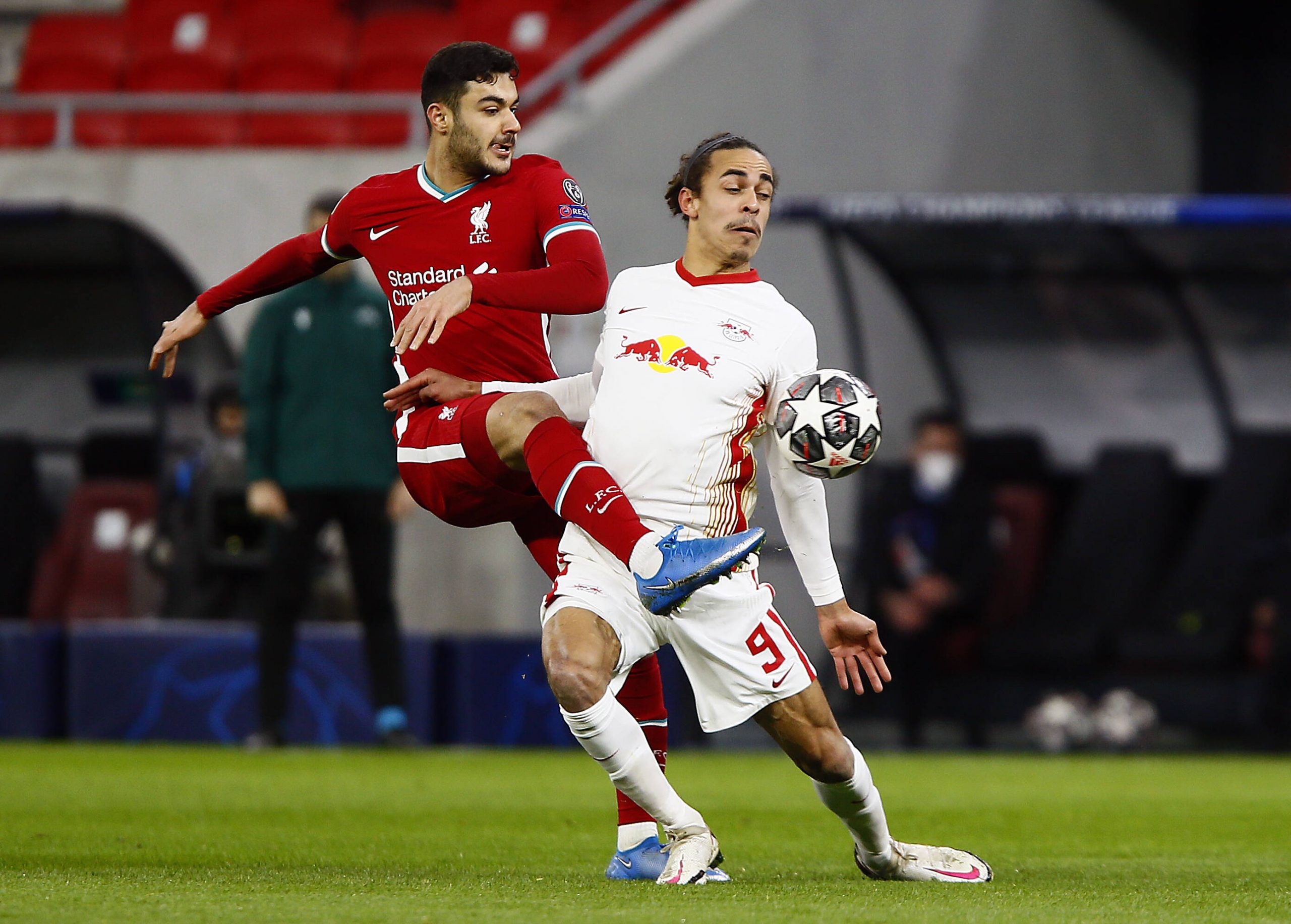 Despite surviving the opening 45 minutes, sometimes on edge, the reality remained the same for Leipzig. Score two to take the game into extra time, or hit Liverpool for three in the second half to win.

It was a balancing act for Nagelsmann, forcing the play would leave his side open at the back, but chasing goals could win the fixture.

Fortune often favours the brave, and the 33-year-old coach opted for the latter. Forward Alexander Sørloth was brought on for the midfield presence of Kevin Kampl.

As the Bundesliga side went in search of a crucial opener it left space for Liverpool to investigate, Gulácsi called into action early – just seven minutes after the restart, curtailing Mane from close range to keep his side in the tie.

For both teams, the final quality was missing – be that the finish for Liverpool or a key pass to carve out an opportunity for Leipzig. As the hour arrived, so did the next set of attacking substitutions – Leipzig went all in, forwards Justin Kluivert and Hee-Chan Hwang on for Forsberg and Yussuf Poulsen.

Those changes kick-started a German attack, Sørloth cracked the crossbar with a well taken header before Olmo’s volley just looped over Alisson’s goal – within five minutes the shape and intensity favored the “away side”.

But as they had for the majority of the fixture, Liverpool created another attack. A fast break saw Jota pick out Salah, and there was to be no mistake from the Egyptian this time, slotting the ball into the only place a solid Gulácsi could not reach.

It knocked the wind out of a previously charged Leipzig, and Liverpool knew it. One became two four minutes later, Mane with a simple tap in after Divock Origi’s pass – it was almost the Belgian’s first touch since he came on and it ended the tie as a contest on 74 minutes.

Nagelsmann asked for a ‘mixture of aggressiveness in attack, and humility’ – what he got from his players was too much humility on the night, it was that which was decisive. 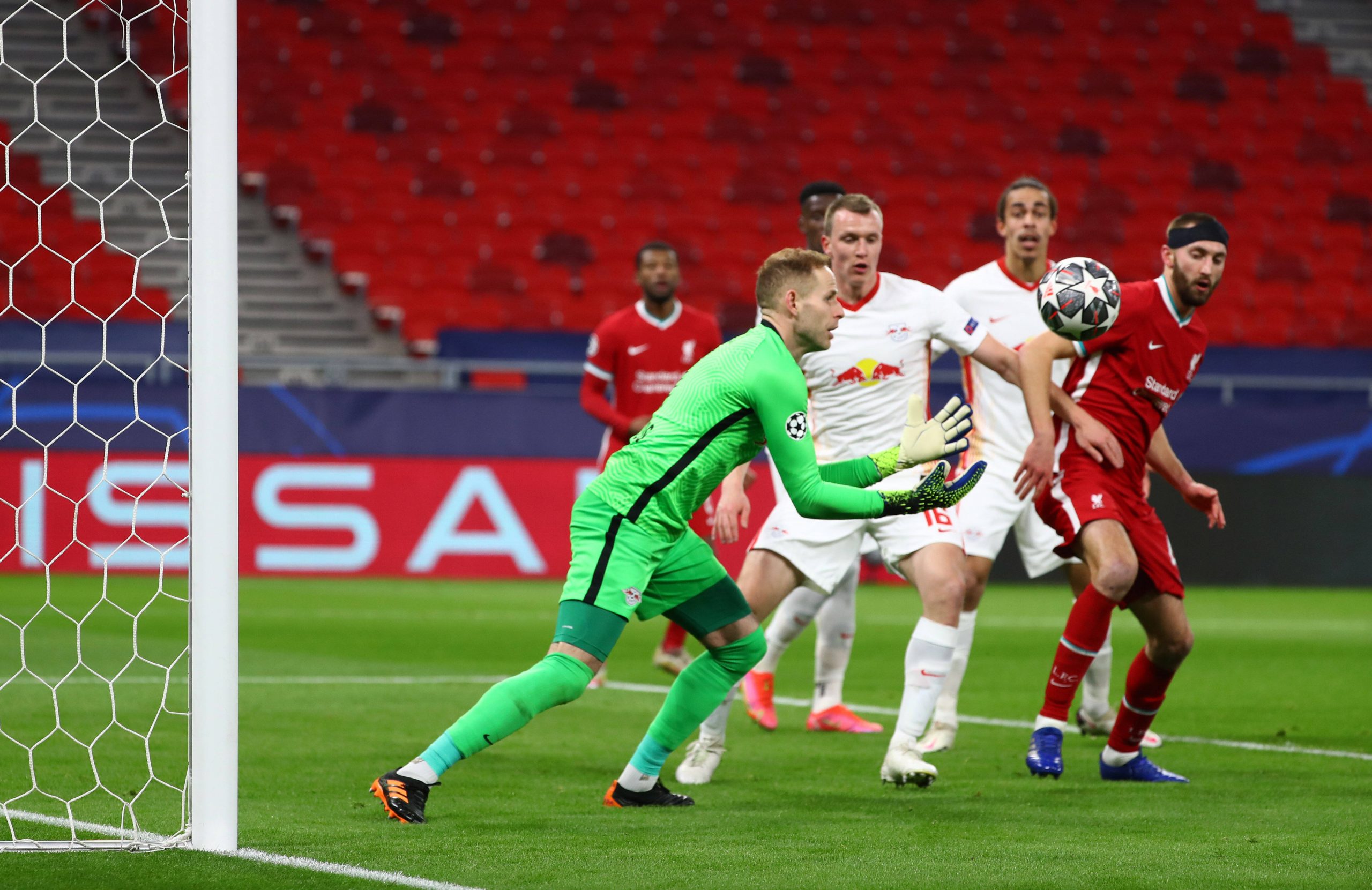 Peter Gulacsi was the standout Leipzig player as Liverpool vs RB Leipzig ultimately ended in defeat for the Bundesliga side in Budapest. (Photo: Imago Images/Szilvia Micheller/Matthia Koch)

Had it not been for the Leipzig goalkeeper, the fixture could have been over far earlier than the 70th minute. The Hungarian made five key saves, and gave his outfield teammates every chance to write a different script.

With three interceptions and one key defensive headed clearance, the 23-year-old looked perfectly at home in a Liverpool backline missing a number of regular starters. Frustrating the Leipzig attack he was as key to Liverpool’s cleansheet as Gulácsi was to Leipzig’s early on – but Phillips could rely on Salah and Mane to hammer home the advantage he helped build.

Eventually the Senegalese forward got his reward on a night in which he threatened to score a lot earlier than the 74th minute.