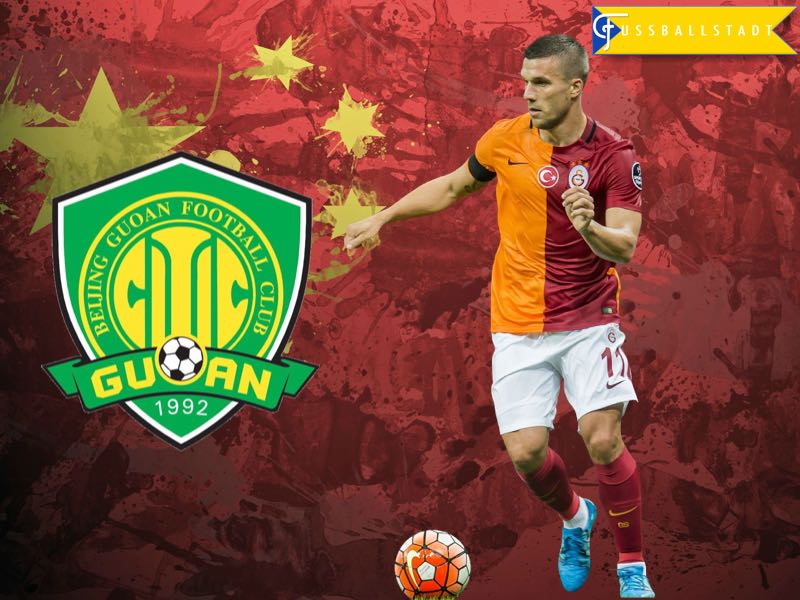 Lukas Podolski has been offered a multi-million dollar move to the Chinese Super League. The German newspaper Bild reported that Guangzhou Evergrande had offered €20 million to Podolski’s club Galatasaray. Guangzhou, so the rumour has it, are ready to offer the 2014 World Cup winner a €9 million per season contract.

Galatasaray’s sporting director, Levent Nazifoglu, later confirmed an offer from China. It was not Guangzhou Evergrande, however, that made the offer. Beijing Guoan is the Chinese Super League club that is interested in signing Lukas Podolski.

Nazifoglu also told Sport Bild: “We are looking at the offer. But whether a transfer is possible depends on the player.” According to reports, Beijing Guoan have offered €7 million—Podolski’s current market value at transfermarkt.de is €8 million.

Beijing Guoan would be Podolski’s fourth club abroad, as he previously played for Arsenal, Inter Milan, before signing for the Istanbul-based club Galatasaray. The German forward, who is currently out with a leg injury, has stated that he would not leave Istanbul before his contract expires in 2018.

At the same time, a €9 million a season offer could be enticing enough to change the German forward’s mind. On the other hand, Podolski has managed only three goals in nine games this season, and the Turkish giants are currently just third in the Süper Lig table—and while the gap of just three points to league leaders İstanbul Başakşehir is not gigantic, the club has struggled somewhat with consistency this season.

More importantly, however, Financial Fair Play irregularities, have meant that UEFA banned Galatasaray from European competitions for two seasons in the spring of 2016. UEFA also stated that Gala will have to cut their squad expenditures, or face further sanctions.

In the light of this ruling, selling Lukas Podolski to China, for what is a sizeable transfer fee for a 31-year-old, would be a major coup for the Turkish club. The sale could make it easier for Galatasaray to balance their books, and raise hope that UEFA will open the door for the Turkish club once the ban ends at the end of the 2017-18 season.

Unlike the four Germans before him, however, Podolski would represent a major transfer, and another major milestone for the Chinese Super League. Albertz, Jancker, and Hanke all moved to China in the twilight of their careers, and Nägelein was a relatively unknown player in Germany, who was actually born in Hong Kong.

Podolski, however, is a World Cup winner, who has played 129 games and, in the process, scored 48 goals for his country. Although his role diminished somewhat for die Nationalmannschaft in recent years, Podolski was considered as one of the faces of the German national team side and, therefore, carries a certain amount of marketing power with him.

Oscar, Tevez, and Podolski – China is investing once again

The move to secure Podolski could be a major marketing coup for a league that has primarily focused on landing South American players. This winter, the Chinese Super League, once again, seems to be focused on South American talent, as Shanghai SIPG spent €71.5 million on Chelsea’s Brazilian midfielder Oscar, and Shanghai Shenhua signed Boca Juniors Carlos Tevez. 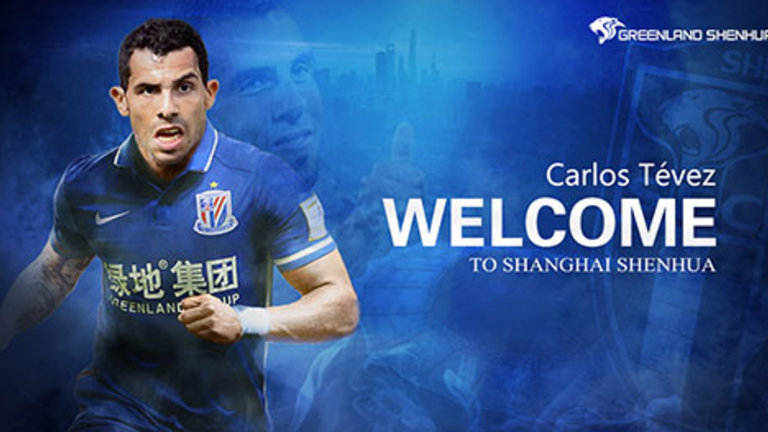 With a weekly salary of €721,000, and a reported transfer fee of €84 million, which would make him the sixth most expensive transfer in the world behind Paul Pogba, Gareth Bale, Cristiano Ronaldo, Gonzalo Higuaín, and Neymar, Carlos Tevez’s transfer has already become the most high profile transfer of the winter transfer window.

In terms of fees, Lukas Podolski’s move would not even come close to the above-mentioned transfers. But it could still be a major watershed moment, as Podolski would be one of the first high profile European players to make the move to China.

In some ways, Graziano Pellè’s €15 million move from FC Southampton to Shandong Luneng Taishan, represented the first major transfer of a high profile European to China since the explosion of transfer fees, and wages ushered in a new era at the CSL last winter. His move may have opened the doors somewhat for non-South American players to become interested in pursuing a career in China, and it will be interesting to see whether Podolski follows the path set by Pellè.

Podolski a Bundesliga ambassador in China?

It would also be interesting to see whether Podolski’s move to China will have an impact on German football in general. The Bundesliga, in particular, has identified China as a key market of expansion, and Borussia Dortmund played the pre-season International Champions Cup in China. 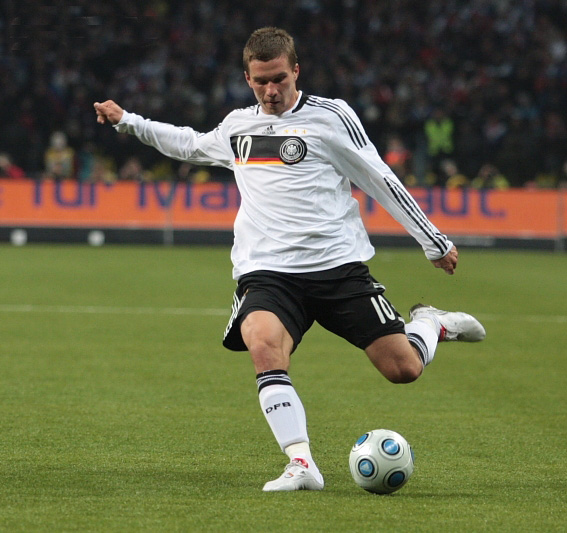 For many years Lukas Podolski was one of the main faces of the German national team – Image by Yulia Novikova CC-BY-SA-3.0

Podolski, who began his career with 1. FC Köln, where he is still regarded as a legend, could bring further attention to German football in general, and the Bundesliga in particular.

With strong economic ties already in place (Germany and China are the world’s largest producers of goods) the two countries have already agreed on an extensive cooperation agreement between the Bundesliga and the Chinese Football Association—the deal was instigated, and signed by the German chancellor, Angela Merkel, and China’s vice-premier, Liu Yandong, in Berlin.

With this in mind, it will be only a matter of time before a German player signs in China. Whether that player will be Lukas Podolski remains to be seen, but one thing is certain, he would be a wonderful playing ambassador for German football in China.