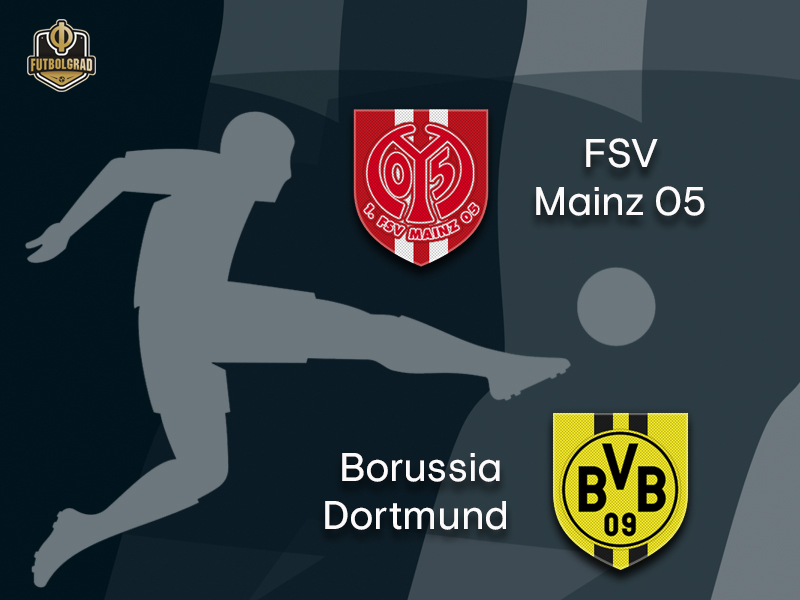 Mainz vs Borussia Dortmund will take place at the Opel Arena in Mainz. (Photo by Simon Hofmann/Bongarts/Getty Images)

On Saturday Mainz will be hosting first-place Borussia Dortmund. Mainz embarked into the 2018/19 season having undergone some drastic changes to the squad that ultimately was supposed to lead to more attractive football.

Currently, ninth on the standings with 15 points from 11 games Mainz have certainly delivered in the points category. But with just ten goals scored and 12 conceded the minimalist approach, at least on paper, seems to be the number one priority of head coach Sandro Schwarz. Overall, Mainz were involved in just 22 goals scored this season, the least amount among all Bundesliga teams, and some of that is due to young signings Jean-Philippe Mateta, Pierre Kunde, Moussa Niakhaté, Jean-Paul Boëtius and Aaron Martin needing time to adapt to the Bundesliga.

Time that the club gave the new signings and a 2-1 victory over Werder Bremen and a 3-1 triumph against SC Freiburg in the two games ahead of the international break highlight that Mainz’s new signings are finally on the right track. Mainz are now hopeful to continue their run against Dortmund. “We respect them, but they are not unbeatable,” head coach Sandro Schwarz told the media on Thursday. “It isn’t our job to make the championship exciting again, but instead we want to continue the positive trend that we started against Bremen and Freiburg,” Schwarz added.

Mainz are excited to host Borussia Dortmund, who “play full throttle football,” according to Schwarz. The stadium is expected to be sold out “, and we are in charge of keeping the atmosphere electric,” Schwarz said with a smile on his face. But while the coach is excited to host Borussia Dortmund, there are some selection headaches he may have to overcome.

After all, Mainz might be without any of their first team goalkeepers in the match against Dortmund. René Adler, as well as Florian Müller, are both injured, and number three Robin Zentner is struggling with the stomach flu. Jannik Huth would replace Zentner and U-20 national team goalkeeper Finn Dahmen would be sitting on the bench.

Huth was on loan at Sparta Rotterdam last season but has not played a single match this season. He would be facing a Borussia Dortmund side that is travelling to Mainz with almost the complete squad. Abdou Diallo, Manuel Akanji were back in training, and both could be starting against Mainz. It would be Diallo’s return to his former club Mainz, but head coach Lucien Favre may opt not to rush back Diallo and start Dan-Axel Zagadou instead.

As for Favre’s tactical approach? The Swiss head coach was as always somewhat coy about his starting eleven. “We know what to expect,” Favre told the media when asked about Mainz’s tactical approach. On paper Favre has no reason to change things up. “The victory against Bayern gives us confidence. But we, in all honesty, had some problems in that game as well. Hence, it might be worth to make some changes to sharpen the senses,” sporting director Michael Zorc said on Thursday.

Hence, Thomas Delaney could be back in the starting eleven after Julian Weigl struggled in the first half against Bayern. Further up Christian Pulisic could be an option to replace Jacob Bruun Larsen. But the American has struggled somewhat this season and played both games with the USA during the international break. Finally, expect Paco Alcacer to start for Mario Götze as the Spaniard used the international break to work on his fitness.

Overall, Dortmund travelling to Mainz with their full squad is the best news coming out of the international break. Mainz, in the meantime, have improved in recent games but it is hard to imagine that the Karnevalsverein can withstand Dortmund’s fire power on matchday 12.

Mainz vs Dortmund – Players to look out for:

Stefan Bell has been a rock in Mainz’s defence since 2013. The 27-year-old has been a counter-weight to the many young talented defenders Mainz have signed in recent years. Last season he partnered up with Dortmund’s new signing Abdou Diallo and this year Bell has formed a reliable defensive pairing with new signing Niakhaté. “I am always trying to be a counter-weight,” Bell told the media when asked about his ever-changing defensive partners. But when it comes to Niakhate, the transition was easy. “They [Diallo and Niakhate] are very similar. Both always give 100% and every once in a while make a tactical mistake, despite winning most tackles. Both are also more offensive-minded,” Bell explained. That in turn very much explains Bell’s role who is a typical stay at home defender – a reliable rock in defence, who against Borussia Dortmund will face the difficult task of keeping one of the Bundesliga’s most dangerous attacking lines from scoring. 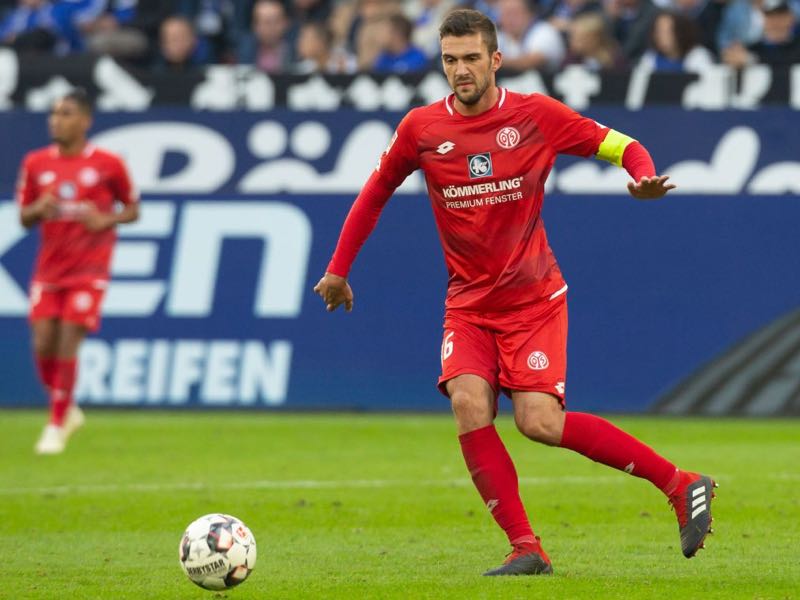 With Abdou Diallo unlikely to start against Mainz Lucien Favre will once again trust Dan-Axel Zagadou to get the job done. The 19-year-old defender has been excellent in recent weeks and made it easy for Dortmund to compensate for the absence of first Manuel Akanji and then Diallo. Signed on a free transfer from Paris Saint-Germain in the summer of 2017 Zagadou took some time to adjust to the harsh realities of the Bundesliga. But the 196cm tall defender was fantastic in the seven Bundesliga games he played this year and also made a statement game against Atlético Madrid at the SIGNAL IDUNA Park where he put the aggressive Diego Costa back in his place. 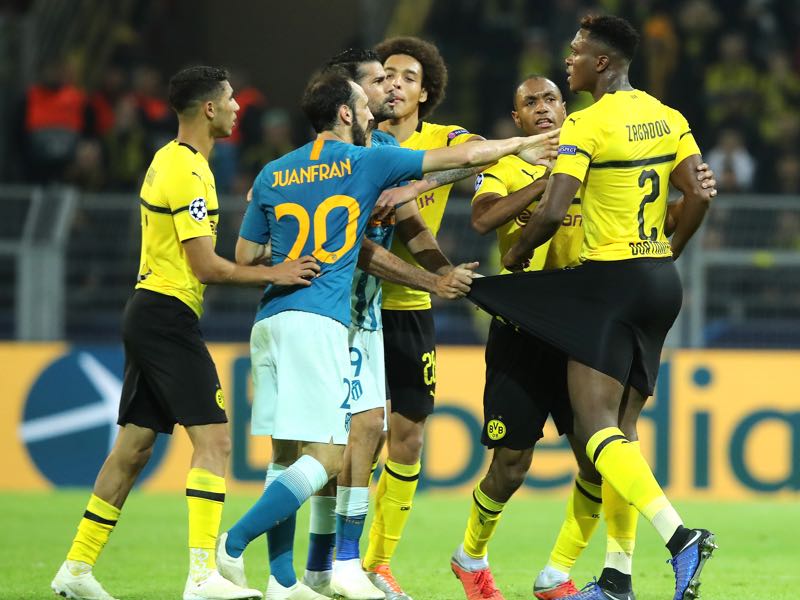 Juanfran and Diego Costa of Atletico Madrid confronts Dan-Axel Zagadou of Borussia Dortmund during the Group A match of the UEFA Champions League between Borussia Dortmund and Club Atletico de Madrid at Signal Iduna Park on October 24, 2018 in Dortmund, Germany. (Photo by Christof Koepsel/Bongarts/Getty Images)

Loading...
Newer Post
1860 Munich can count on strong away support at Karlsruhe’s Wildparkstadion
Older Post
Bayern want to get back on track against hopeful Fortuna Düsseldorf