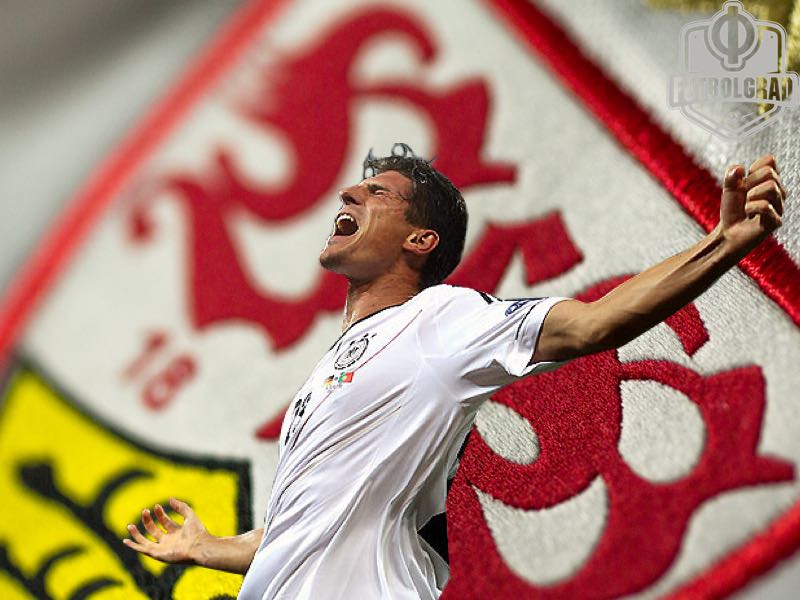 Mario Gomez has returned to VfB Stuttgart. The news went off like a bomb on Friday morning. The 32-year-old had been VfL Wolfsburg’s captain and recently committed to another season at the Autostadt.

Gomez, however, appears to have been homesick this season. “In the last few weeks the desire to return home has grown stronger, and when the opportunity came up this winter, I decided that I wanted to take the option. I, therefore, thank the officials at VfL, who made this move possible…

Stuttgart’s sporting director Michael Reschke in the meantime explained: “Sometimes football offers opportunities that you would have never thought would be possible. We are delighted that we were able to convince Mario Gomez to return to the VfB. Mario is extremely delighted as well. The option to return home is something that he has taken with both hands and full of emotion and motivation. But the most important thing is that with Mario we were not only able to land a top character, an identification figure, but also a top striker. That is the most important!”

Stuttgart have been in the hunt for a top striker

Stuttgart have been in the hunt for a top striker after struggling to convert chances throughout the season. The Argentine Maxi Romero from Velez Sarsfield and Cenk Tosun from Besiktas were options. In the case of Romero, Stuttgart were not able to compete with PSV’s offer, and Cenk Tosun would have also been an expensive purchase. Furthermore, Stuttgart sold Simon Terodde, who struggled to make the jump from Bundesliga 2 to the Bundesliga this season to 1.FC Köln.

Reschke, therefore, had to find other solutions and when Wolfsburg approached Stuttgart to end the loan deal for Croatian winger Josip Brekalo, early Reschke saw an opening to start discussions over the future of Mario Gomez. Stuttgart, after all, held an option to make the Brekalo deal permanent, and although the deal would have cost the Swabians €17 million given today’s market VfB could have justified exercising the option.

Both Brekalo and Wolfsburg, however, wanted the deal to end this Christmas. Knowing that VfB were looking for a forward and the desire of Gomez to return home Wolfsburg offered a deal that would include the national team striker. Stuttgart pay just €3 million for a striker, who according to transfermarkt.de is worth €7.5 million, and has scored 155 goals in 281 Bundesliga games.

Gomez also brings the experience of two European Championships with Germany and 81 UEFA club competition games in which he scored 42 goals. Gomez has also won the Champions League with Bayern, three German championships, one Turkish championship with Besiktas and two DFB Pokal titles. Perhaps the only downside is his age. Now 32 Stuttgart will not get many more seasons out of the forward. On the other hand, Gomez is a professional athlete through and through, and thanks to his excellent physical conditions could play on a top level for another three to four years.

His age will also add much-needed experience to a Stuttgart side that appeared a little green behind their ears at times this season. With an average age of 24.7—without Gomez—Stuttgart have one of the youngest sides in the Bundesliga. Gomez will now be able to aid the experienced Holger Badstuber and Christian Gentner in helping to keep the club in the Bundesliga. Defender Badstuber, midfielder Gentner and forward Gomez are perfect for creating an experienced spine on which Hannes Wolf can build a young and exciting side. 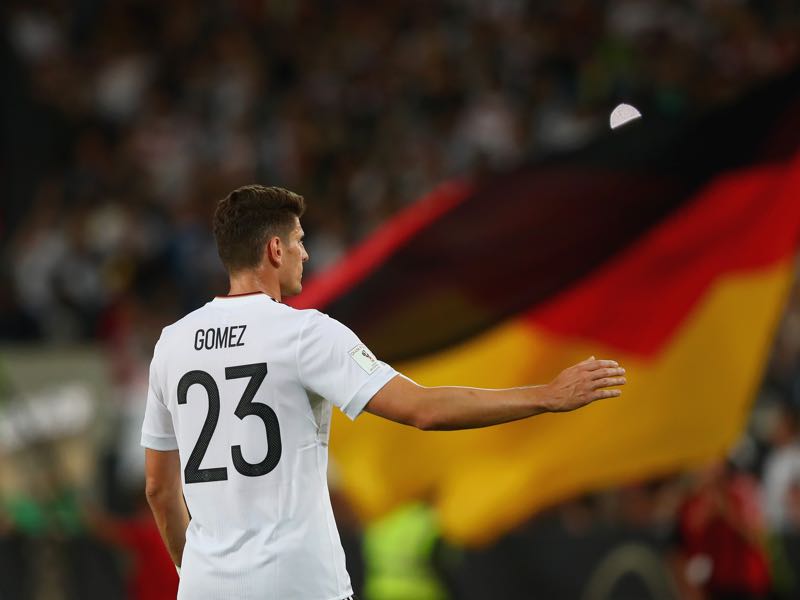 Tactically, Gomez should also fit in well with Wolf’s system. The Stuttgart head coach has preferred a 3-4-2-1 system in which two fast attacking midfielders support a traditional number 9. The problem was that the previous number 9, Terodde, could not match his Bundesliga 2 goal scoring rate to the Bundesliga. Gomez is agiler and does especially well when his side plays counter football.

For Gomez this move also makes sense. Joachim Löw is ever present in Southern German stadiums and a good half season back at home with Stuttgart could be the decisive difference maker in his chances to finally play a successful World Cup for Germany.