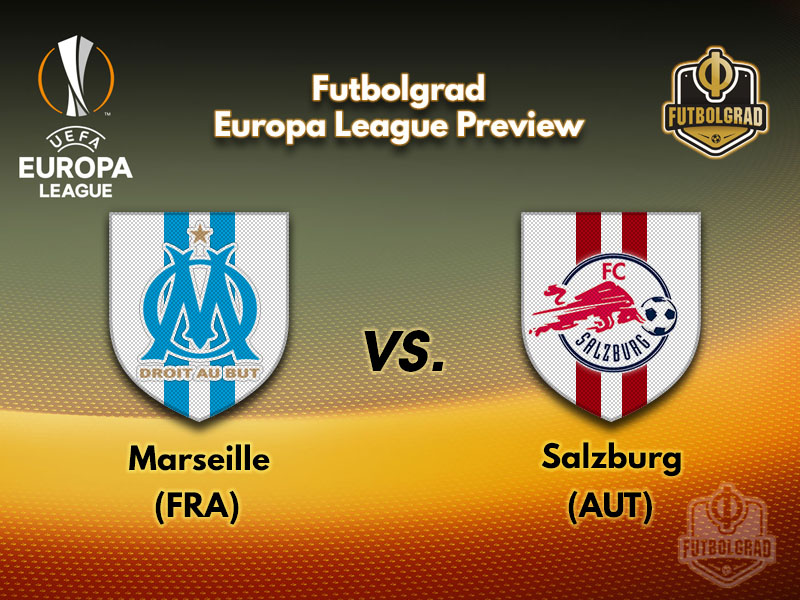 Marseille and Salzburg meet again. Drawn together in Group I Salzburg had the better of Olympique Marseille finishing first in the group after beating Marseille at home 1-0 and then drawing the French side 0-0 in Marseille.

Since then Salzburg have defied the odds in this Europa League campaign. The Austrian champions have eliminated Real Sociedad, Borussia Dortmund and Lazio Rome to get to this stage of the competition.

The matches against Lazio were in particularly impressive. Down 4-2 from the first leg Salzburg battered what is after all Italy’s fourth-best club at the moment at home winning the match 4-1. Other performances were also impressive in particular Salzburg’s 2-1 victory on the road against Borussia Dortmund.

Olympique Marseille, in the meantime, have also impressed. The French side have eliminated Braga, Bilbao based Athletic and RB Leipzig to reach the semifinals. Against RB Leipzig OM overcame a 1-0 away deficit in what was a fantastic match beating Salzburg’s sister club 5-2 to advance.

Now both sides meet again in the competition to make the final step to Lyon. On paper, OM would be considered the favourites but given Salzburg’s impressive run through this competition and their previous results against Marseille one wonders if die Roten Bullen from Austria could not go all the way this year.

Marseille vs Salzburg – Player to look out for:

Dimitri Payet’s star emerged at the 2016 European Championships in France. Playing for West Ham United at the time Payet looked at times like the second coming of Frank Ribéry. An explosive and unpredictable winger Payet lost a season in England after forcing through a move back to Marseille. It was an ugly affair, and in the long-run, the move back may have cost him his international career in France. But despite his enfant terrible status, Payet remains a fantastic player to watch at times, and there is no doubt that he will be Marseille’s danger man against Salzburg on Thursday.

Salzburg need goals if they want to advance and, as a result, Munas Dabbur will be Salzburg’s key player in the second leg. The Israeli striker has scored 19 goals and three assists in 28 Austrian Bundesliga games for Salzburg this season as well as seven goals and four assists in 16 Europa League matches. Domestically, Dabbur has scored a goal every 118 minutes for die Roten Bullen and the 25-year-old striker is now one of the hottest properties in the Austrian Bundesliga.