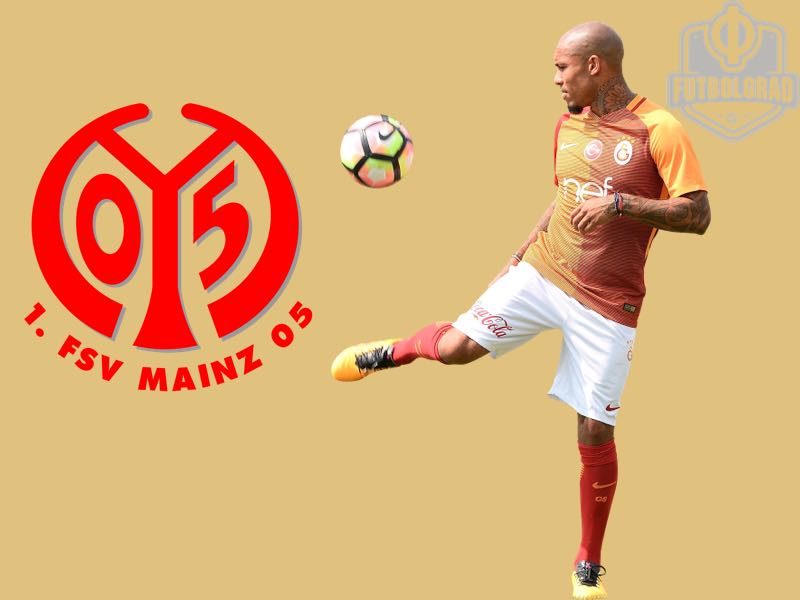 Nigel de Jong – Enforcement With a Bit of Risk

Mainz have turned some heads this winter transfer window after first signing former player Anthony Ujah from China and then bringing in notorious Dutch midfield enforcer Nigel de Jong on a free transfer. While Ujah has widely been lauded as a smart piece of business bringing in the 33-year-old Nigel de Jong, who recently had his contract dissolved at Galatasaray, has raised some eyebrows, however.

1.FSV Mainz 05 have always been a bit of an unusual club in Germany. Based not far from the Frankfurt metropolitan region Mainz first broke into the Bundesliga under current Liverpool head coach Jürgen Klopp. Following relegation to Bundesliga 2 and failed promotion back to the Bundesliga Klopp left the club in 2008.

Current Schalke sporting director Christian Heidel replaced Klopp with Jørn Andersen at the time. Andersen guided the club back to the Bundesliga, but instead of being awarded he was fired and replaced him with the talented Thomas Tuchel, as he did not feel Andersen represented the club’s football philosophy.

Part of their survival strategy has always been identifying weaknesses in the squad before they become apparent. Signing a forward with a proven goalscoring pedigree, therefore, shows that current sporting director Rouven Schröder has learned from his predecessor Christian Heidel.

With just 19 goals Mainz have the sixth lowest goalscoring record in the league. Ranked 15th the club that is often called der Karnevalsverein, the Carnival Club, are just two points off the drop zone. Hence, bringing in goals was a significant factor when Schröder explored the transfer window this winter.

The Bundesliga Abstiegskampf (the relegation battle), however, is one of the toughest in the world. With just 18 clubs in the league, more than half the clubs in the competition are within reach of the drop zone. Surviving in that sphere of the league requires grit and determination.

Nigel de Jong provides precisely that. Not always an easy character—unforgettable his karate kick in the 2010 FIFA World Cup final against hapless victim Xabi Alonso—Nigel de Jong is the sort of player, who eats his opposition alive.

Ruthless and direct Nigel de Jong became a star in the Bundesliga with Hamburger SV after joining the club in 2006—always walking a small line between mad brutality and strategic brilliance de Jong quickly became a hot prospect in European football. In 2009 he was sold to Manchester City where for three long years he terrorised English Premier League clubs.

De Jong to Mainz? That can't be true, or can it? pic.twitter.com/xSNj9R7dZB

In 2012 he joined Milan, but never fully established himself there. Moves to Los Angeles Galaxy—where he was sent off on occasions simply because he was close to the ball—and Galatasaray followed. But he never managed to ultimately regain the form that he had in his later stages with Hamburg and during the early part of his Manchester City career.

It was during that time that he was a key component of the Dutch side that reached the final at the 2010 FIFA World Cup. Oranje, however, did not play beautiful football at that tournament and instead concentrated on destroying the opposition. That strategy was epitomised in Nigel de Jong’s ruthless karate kick foul against Alonso, which only earned him a yellow card. In the end, Spain won that final, and it was almost a victory of good against evil.

That does not mean that Nigel de Jong is not a useful player. Mainz, in fact, have done well to secure a player that can keep them in the league. “Nigel de Jong is a leader, a fighter, who has a clear head and is top-professional. He is supposed to use his enormous experience and character to give the team some much-needed experience in the second half of the season. We are pleased to have landed a player of his quality,” Rouven Schröder explained to the press on Friday. 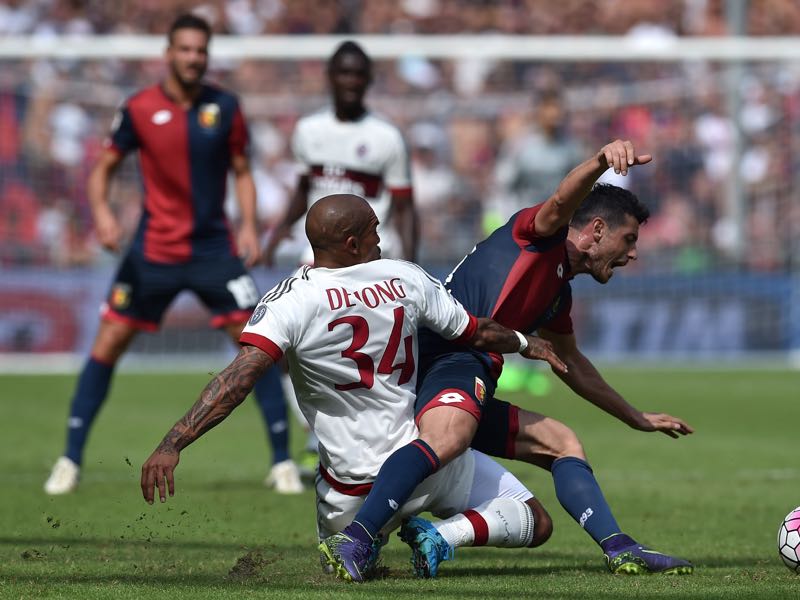 No matter where he played, Nigel de Jong was always a ruthless player. (Photo by Valerio Pennicino/Getty Images)

Nigel de Jong in the meantime right away showed that he had not taken his eye off the Bundesliga. “I have a clear picture of the team, Mainz stands for good organisation and a clear will to play attractive football. I also like the history of Mainz 05; the club managed to establish itself in the Bundesliga without the help of external investors. I want to help the team and the club to achieve its goals this season. I am extremely grateful towards Rouven Schröder and [head coach] Sandro Schwarz to be given this opportunity. I am happy to return to the Bundesliga, which is a European top-league.”

Gaining Nigel de Jong could be indeed the crucial ingredient to keep Mainz in the league. At the same time, there is a risk. His time at LA Galaxy and Galatasaray was not without hiccups. In form he can certainly add the little bit extra Mainz needs to survive, but should he not buy into the team first approach the transfer also has the potential risk of becoming a dumpster fire…