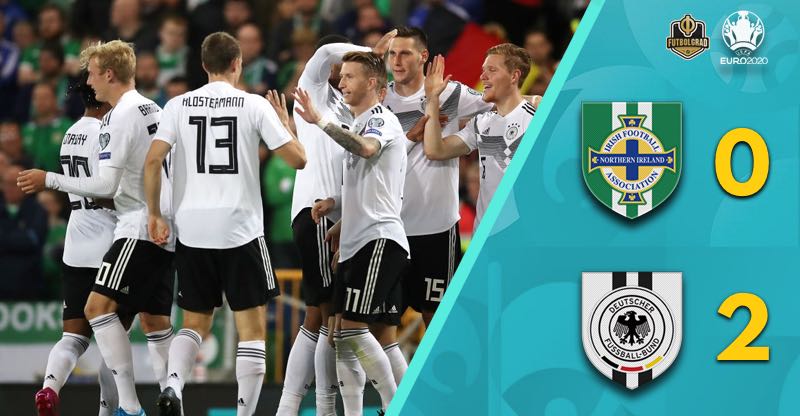 It was all Northern Ireland in the first ten minutes, and it was only thanks to Manuel Neuer that Germany were not down a goal early. The German keeper denying Conor Washington in a one-v-one situation in the 7th minute. It took Germany until the 20-minute mark to finally somewhat settle into the game, and Timo Werner saw a shot blocked by Craig Cathcart.

Instead, Northern Ireland should have taken the lead when the ball fell to Washington inside the six-yard box, but the striker failed to tap the ball over the line. Overall, Northern Ireland took the headlines in the first half, the Boys in Green pressed Germany for all but ten minutes, and Die Mannschaft was somewhat lucky that the score was still 0-0 after 45 minutes.

Then almost straight from the kick-off, Germany should have taken the lead, but Lukas Klostermann’s close-range shot was denied by Bailey Peacock-Farrell. But just one minute later in the 47th minute, Klostermann’s RB Leipzig teammate Marcel Halstenberg was more clinical sending a fantastic volley across the line. Germany created further chances and Serge Gnabry (50′) as well as Timo Werner (53′) had chances to double the lead.

Die Mannschaft then were almost punished for their carelessness when Stuart Dallas missed the goal from just a few yards out in the 60th minute. Germany settled the game somewhat but at the same time newly brought on Kai Havertz failed to seal the deal with a header in the 69th and then with a tap-in in the 84th. As a result, the final minutes were a nailbiter for Germany’s traveling support until Serge Gnabry scored his ninth goal in his tenth appearance for Germany in extra-time. 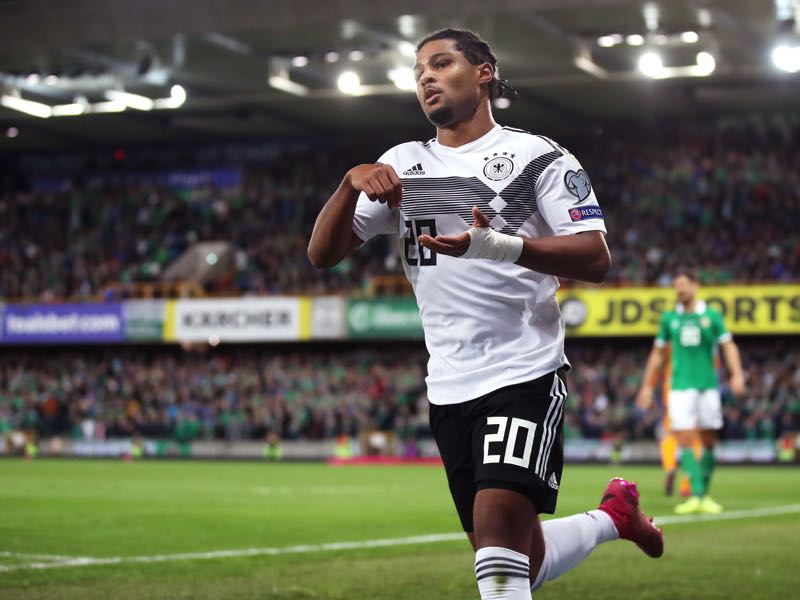 “Serge Gnabry always plays,” Joachim Löw set in the buildup to the Netherlands game. The reason is simple; the Bayern forward has a goalscoring guarantee when he plays for Germany. Once overlooked by West Bromwich Albion and Arsenal the Bayern star has scored nine goals in ten national team appearances. Tonight’s goal in overtime helped to finally put the game to bed for a, at times, nervy Germany side.

With 94 national team games, the 29-year-old central midfielder was the most experienced Germany player on the pitch tonight. That experience showed, with a pass completion rate of 92.8%, Kroos had full control of the match and even under pressure managed to complete almost all his passes. But more importantly, Kroos provided leadership when Germany were under pressure throughout the first half and helped a young Mannschaft to walk away with a hard-fought-for three points.

It has been a tough season for the 22-year-old Northern Ireland keeper. Signed by Burnley from Leeds United this summer Peacock-Farrell has struggled for first-team minutes at his new club this season. Hence, his 90 minutes against Luxembourg were his full proper competitive minutes of the season. With that in mind, the 22-year-old’s performance was impressive tonight and kept Northern Ireland in the game on several occasions.

One could certainly sense the pressure that Germany was under after the 4-2 collapse against the Netherlands on Friday. The result against the Dutch meant that Die Mannschaft had to win against Northern Ireland to stabilize at least second place in Group C.

That pressure was visible for a young team that took the entire first 45 minutes to find any rhythm against a Northern Ireland with a high work rate. Even after Halstenberg’s goal, the result was far from secure and the match not sealed until Gnabry scored in extra-time. That said there are some positives to take away from the game, the young team withstood the pressure and managed to do so with a clean-sheet.