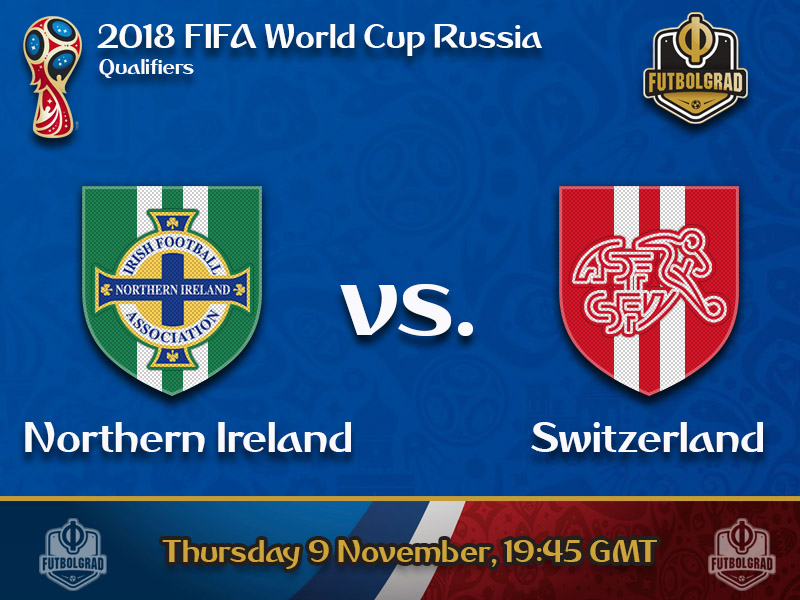 Northern Ireland have it all to do after a disappointing 1-0 loss at home to Switzerland on Thursday night.  On a rainy evening in central Belfast, Romanian referee Ovidiu Hategan was a decisive influence, awarding the visitors a generous penalty after Corry Evans was deemed to have handled in the box.

It all started so positively.  Northern Ireland were bright in the opening minutes but struggled to find Kyle Lafferty with the long ball.  Switzerland seemed content to let the hosts dictate the pace until a dangerous ball from Steven Davis nearly found Lafferty in the visitors’ area.

From then on, the visitors began to dominate.  Manuel Akanji and Fabian Schär were given plenty of time to build from the back, with the hosts allowing Vladimir Petkovic’s men given acres of space in their half.  Granit Xhaka, whose every touch of the ball was met with boos from the Windsor crowd, gradually began to assert control over the play, finding teammates with his incisive range of passing.  At times, only Kyle Lafferty was in the opposition half as Switzerland probed patiently for a breakthrough.

The first clear-cut chance came on ten minutes.  The impressive Rodriguez escaped the attention of a napping Josh Magennis to fire a dangerous cross into the box.  The half-cleared ball fell kindly to the feet of Xhaka, whose whipped shot whispered by the post.  Two minutes later, the Arsenal man had another clear opportunity, with weak defending from McLaughlin allowing Zuber to fire dangerously into the penalty area.  Once more Xhaka was wasteful, his frustrations boiling over as he was given a deserved yellow card for kicking the ball away.

With the home crowd growing restless, Oliver Norwood provided Northern Ireland with their first clear-cut opportunity, crossing to Gareth McAuley near the half-hour mark.  Kyle Lafferty couldn’t make the most of his knockdown, however, firing well wide of Yann Sommer’s right-hand post.

Minutes later, a dangerous through ball escaped the Northern Irish defence to find the rampaging Stephan Lichtsteiner.  The captain was clean through but slipped before he could fire a shot at Michael McGovern’s goal.

With Switzerland’s suffocating passing choking the game, Xherdan Shaqiri’s whipped ball found Haris Seferovic in the six-yard box.  The Benfica man drew a smart save from McGoven, who got down low to tip the volley wide.  Time and again Switzerland found men on the wings, as Josh Magennis and Stuart Dallas struggled to protect their full-backs.

With Vladimir Petkovic’s men increasingly dominant, the hosts continued to seek Kyle Lafferty with the long ball.  The Hearts man looked increasingly frustrated, however, as Akanji and Schär dominated him time and again in the air.  Josh Magennis had more luck, but his teammates failed to take advantage of his numerous knockdowns, and Northern Ireland could not break through the Swiss defence.

Right after the restart, Xherdan Shaqiri caught the hosts napping, with a curling effort just evading McGovern’s top corner.  As the rain started falling, Switzerland reasserted their dominance. On 54 minutes, brilliant play from Steven Zuber in the home box presented Seferovic with a gilded opportunity.  The Swiss striker was just centimetres away from giving sliding his teammates into the lead.

Two minutes later, Northern Irish hearts were broken.  An aimless cross from the left was adjudged to have hit Corry Evans’ arm. Ricardo Rodriguez ignoring the sea of green flags stepped up and send McGovern the wrong way.  As boos echoed around the stadium, it nearly got worse for the hosts, with Seferovic’s strike deflecting into McGovern’s hands. 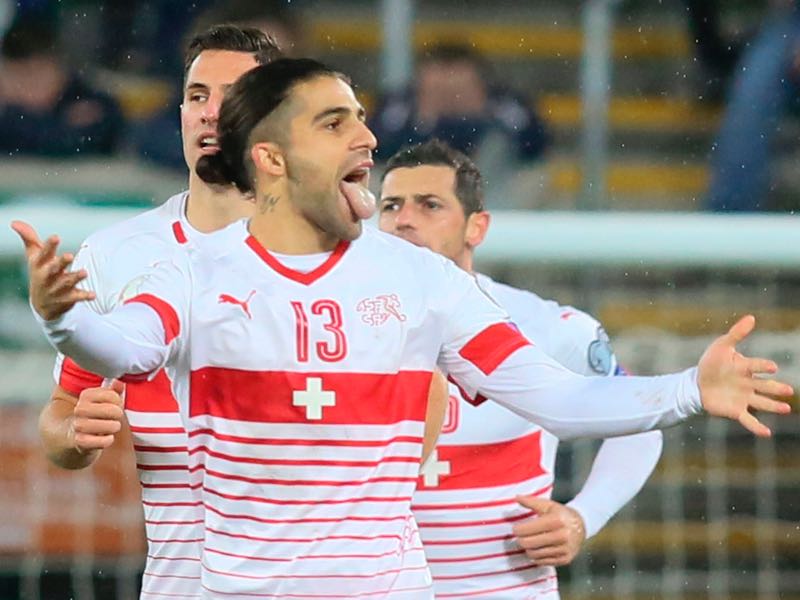 Ricardo Rodriguez made no mistake from the penalty spot to make it 1-0 for his side. (PAUL FAITH/AFP/Getty Images)

This campaign has demonstrated that Northern Ireland are made of stronger stuff, and they responded well to going a goal behind by putting Switzerland under decent pressure.  On 71 minutes, Chris Brunt swung a free kick in from the left, but the unmarked Josh Magennis could not direct his header goalward.  One minute later they came even closer, Brunt again the inspiration as his deft free-kick shaved the frame of Sommer’s goal.

With Northern Ireland growing tired, Conor Washington replaced the disappointing Lafferty.  Switzerland settled back into their passing routines, negating the home crowd who egged on their team’s blunt attempts at an equaliser.

On 82 minutes Northern Ireland had their penalty shout, another dangerous Brunt cross seeming to strike the hand of Fabian Schär.  No penalty said referee Hategan, whose display will have the home fans cursing long into the evening.

George Saville, who came on midway through the second half, was a bright presence on the ball, giving O’Neill’s men the verve and passing they had severely lacked all game.  It was only an excellent Swiss tackled that stopped him going through on goal after 85 minutes after a neat one-two, but that’s as close as Northern Ireland would come to restoring parity.

After an exhausting 90 minutes, Northern Ireland were given a rude awakening against an impressive Swiss side.  If they are to get anything from Sunday night’s game in Basel, they’ll need to perform far better than this.

Swiss’ Ricardo Rodriguez was the man of the match. The AC Milan left-back was a constant threat on the wing and made no mistake to score the penalty that could be decisive to send Switzerland to the 2018 FIFA World Cup in Russia.