Ömer Toprak – A Promise of More Stability for Dortmund

On Sunday it was announced that Ömer Toprak would join Borussia Dortmund from Bayer Leverkusen next summer. The deal has been an open secret in Germany since last summer when Dortmund failed with a major bid for the Turkish national team defender.

Last summer, Borussia Dortmund were desperately looking for a replacement for recent departure of Mats Hummels. Hummels was not only the club’s captain, but also is considered one of the best centre backs on the planet.

Dortmund quickly signed FC Barcelona centre back Marc Bartra. Bartra, however, despite already being 26-years of age was still considered somewhat of a project for the future.

Marc Bartra has not provided stability

Bartra, gifted with seemingly endless talent, has struggled to get past Gerard Piqué and Javier Mascherano to gain regular playing time. Barcelona, however, wanted to hang on to the defender. It was only thanks to an exit clause of €8 million that Dortmund were able to land the defender, who was clearly looking for a change of scenery.

Dortmund, however, realized that they could not just rely on Bartra quickly adapting to life in German football. Hence, they also wanted to sign Ömer Toprak from Bayer Leverksuen.

Dortmund were willing to wait for Toprak

Dortmund sporting director, Michael Zorc, kindly declined Leverkusen’s demands knowing full well that Toprak had an exit clause worth €12 million in the summer of 2017. Now, with the winter transfer window, closed Borussia Dortmund were allowed to announce what everyone already knew anyways—that Toprak will join Dortmund on July 1, 2017.

Talking about the transfer at the World Football Index – Gegenpressing Podcast the Futbolgrad Network believes that Toprak can bring instant stability to a Dortmund defence that has struggled at times this season. It was, for the most part, lack of experience that has led to Dortmund dropping points on several occasions this season.

The ability of Bayern München to grind out tight results is perhaps the biggest difference between the Bavarians and Dortmund right now. The 1-1 tie against Mainz on matchday 18 was a great example.

Dortmund dominated Mainz for the entire match but, after failing to score the second goal, were shocked in the dying moments of the game when Danny Latza made it 1-1. Bayern, on the other hand, was able to grind out results against both SC Freiburg and Werder Bremen.

Dortmund therefore hope that Toprak can provide the kind of stability that can bring a relatively inexperienced yet exciting squad to a level where the club can once again compete for the German championship. In fact, it could even be considered a calculated risk to have gone into the season without signing Toprak. 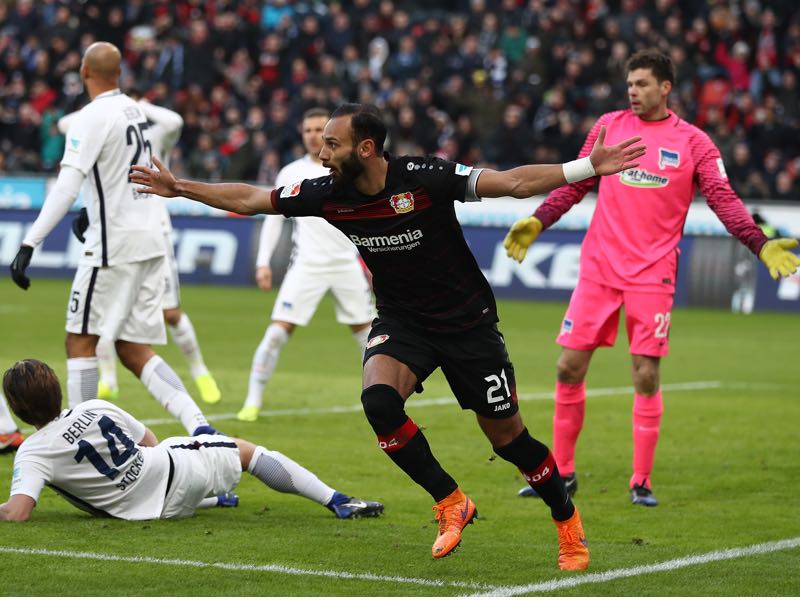 Borussia Dortmund hope that Ömer Toprak can add much needed stability to their squad. (Photo by Lars Baron/Bongarts/Getty Images)

There would have been no guarantee that Dortmund would have played for the very top of the league this season even with Toprak in the squad. At the same time, the Borussia will, without a doubt, finish in a Champions League spot, which will be enough to keep together what is quickly turning out to be a youthful and amazing squad—despite the inconsistency that is on display at times.

In fact, the club, early on, identified this season as a transition season, and was, therefore, willing to accept the risk of going into the season without Toprak and, in essence, saved €13 million by paying €12 million in the summer rather than €25 million last season.

Toprak is a steal for Borussia Dortmund

Landing a defender of Toprak’s experience and ability for €12 million in today’s overheated transfer landscape—Toprak is valued €20 million by transfermarkt.de—is essentially a steal. Toprak has played over 200 Bundesliga games and has appeared in 29 Champions League games.

It is, therefore, no surprise that Zorc was excited to have landed the defender, and stated, “Ömer Toprak is a strong and internationally experienced centre-back with leadership qualities.”

Toprak’s leadership qualities, especially, will be key to leading Dortmund’s young squad, and helping to guide the team to the next level. Toprak will also help the likes of Marc Bartra to reach the next step in the Bundesliga by taking pressure off the former Barcelona defender and allowing him to finally find his footing in the Bundesliga.