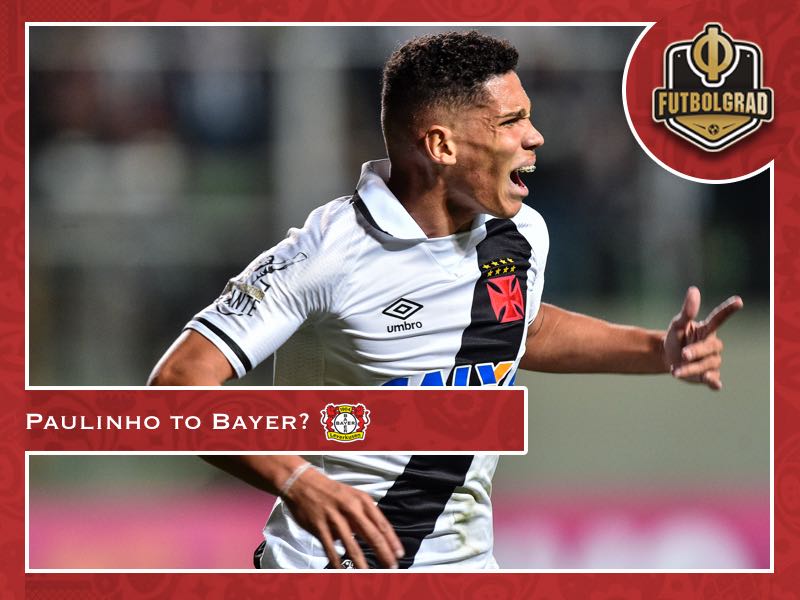 Vasco da Gama’s Paulinho is one of the most sought-after talents in Brazil. The 17-year-old forward, who has a €30 million exit clause, has been linked with a move to Manchester City, Atlético Madrid, Paris Saint-Germain, Borussia Dortmund and Bayern München.

In the end, it might be Bayer Leverkusen, who might win the race for the talented Brazilian. Bayer’s significant advantage over other top clubs is the club’s excellent reputation when it comes to allowing South American players to make the next step in Europe.

In other words, Paulinho would find a perfect environment to succeed at Bayer. “Leverkusen have a good chance in signing the forward”, ESPN Brazil journalist Gustavo Hofman explained to the Futbolgrad Network. “Vasco da Gama have financial difficulties and need to sell the player”, Hofman added.

As a result, Vasco da Gama would be willing to let Paulinho leave for €20 million. That, however, would still constitute a significant investment in a young player, who has never played in Europe. Although the Bundesliga is Europe’s second richest league clubs are in general more careful when it comes to signing South Americans. 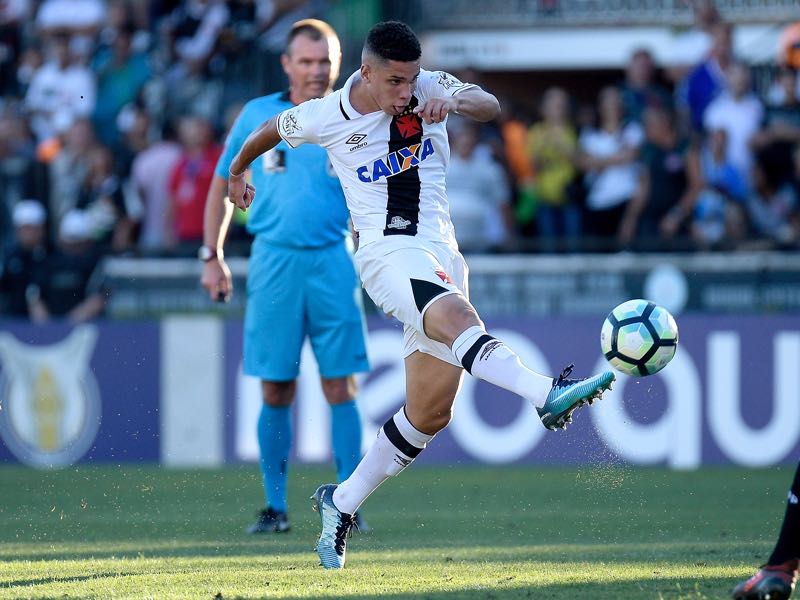 Paulinho has a fantastic shot. (Photo by Alexandre Loureiro/Getty Images)

Bayer’s competitor Bayern, for example, have put a hold on their South America scouting altogether after the club struggled to integrate defender Breno. Bayer, in the meantime, have also slowed down their activities in Brazil due to exploding costs in the market due to the involvement of English top clubs and in recent years the Chinese Super League.

The new television deal in German football and the slowdown of investment from China, however, could now mean that German clubs once again are turning their attention to Brazil. Borussia Dortmund and Bayern are not only interested in signing Paulinho but are also in competition over the signature of Gremio midfielder Viktor Bobsin.

Paulinho – Bayer are in the driver’s seat

As for Paulinho Bayer now seem to be in the driver’s seat over his signature. Compared to Borussia Dortmund’s Jadon Sancho and Ajax’s Justin Kluivert the Brazilian can play every position up front.

Although the right-footed player prefers to play on the left-wing, where he can cut inside to use his stronger foot to execute plays, he was mostly used on the right-wing for Brazil at the 2017 FIFA U-17 World Championships in India. Playing for the Seleção in all seven games Paulinho managed three goals and two assists at the tournament.

Paulinho, in fact, has a fantastic shot, which he has used with great effect from outside the penalty box. Another factor is that he is already quite far in his physical development. 173cm tall the striker sometimes looks a bit like Carlos Tevez when he rushes down the flank with the ball on his foot – physically strong his low centre of gravity makes it at times impossible to separate him from the ball.

Given his already excellent abilities, it is, therefore, no surprise that Paulinho has already managed to play a significant factor in Vasco da Gama’s senior side. The forward was, in fact, a key player in the Gigante da Colinasuccessful qualification for the Copa Libertadores group stage.

The forward scored goals against both Chile’s Universidad Concepción and Bolivia’s Club Jorge Wilsterman to clear the path for Vasco da Gama. Placed in Group 5 of the Copa Libertadores Vasco have somewhat struggled to manage just one point in three games and the Brazilians will be without Paulinho for some time as he broke his arm on matchday 3 against Racing Club.

Loading...
Newer Post
Diego Lainez – What is next for the Mexican Wunderkind?
Older Post
Artem Dzyuba – The goal that absolves the past and questions the future