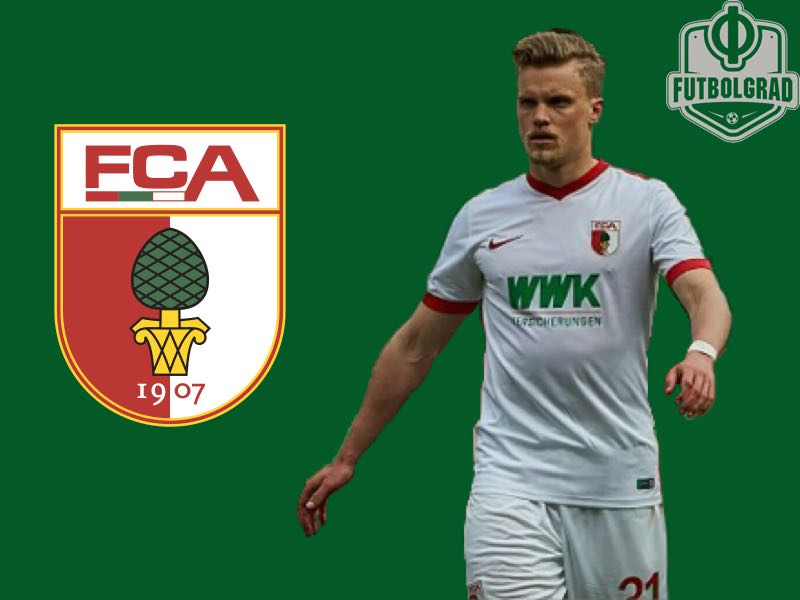 Philipp Max is the revelation of the Bundesliga season. Ranked just behind Bayern München star Joshua Kimmich in the prestigious kicker Rangliste des deutschen Fussballs the Augsburg left-back has experienced a meteoric rise in the first half of the Bundesliga season, which could earn him a space in Germany’s squad that will head to the World Cup in Russia this summer.

In kicker’s print version on Tuesday, former national team player Thomas Berthold wrote: “Philipp Max has made the biggest step [of all the players in the ranking], he has a good left foot and good pace. I think he has a good chance to jump on the World Cup train. Before every tournament, we had a player, who surprisingly managed to make the squad and we don’t have a lot of depth when in Germany when it comes to his position.”

Making the World Cup squad this summer would be the next milestone for Philipp Max. Born in Viersen, close to the Dutch border, Philipp Max is the son of Martin Max, who won the Bundesliga top scorer award, die Torjägerkanone while playing for 1860 München in 2000, as well as, 2002 and during his final season with Hansa Rostock in 2003-04 he was the German top scorer with 20 goals.

Philipp Max was Part of Some of Germany’s Greatest Academies

It was during Martin Max’s time in Munich that Philipp Max started playing football, first for 1860 München’s youth setup and later for Bayern München. Although Martin Max had arguably his best time while playing for 1860, he was called up to the German national team during his time with the Löwen; his heart is not 1860 blue, but the royal blue of Schalke 04.

Martin Max was part of the Schalke side that won the UEFA Cup in 1997, and when his career ended following the 2003-04 season the family returned to Schalke, and as a result, Philipp Max played in Schalke’s famous Knappenschmiede. His father’s career, therefore, had a big impact on Philipp Max’s youth development as he was able to play for three of Germany’s most outstanding youth academies, 1860, Bayern and Schalke.

It was not, however, at Schalke that Philipp Max had his big breakthrough, but rather in the Southwest of the country with Karlsruher SC during the 2014-15 Bundesliga 2 season. That year Karlsruhe finished third in Bundesliga 2 and then narrowly missed out on promotion against Hamburger SV thanks to a last-minute goal by Marcelo Diaz.

Unlike his club, Philipp Max would not have to remain in Bundesliga 2, however. Following his strong season with Karlsruhe Max was offered a chance by FC Augsburg to make a move to the top flight right away. Augsburg had just sold left-back Abdul Rahman Baba to Chelsea FC and identified the young Karlsruhe left-back as the natural successor for the Ghanaian national team player.

Max played 26 games in the Bundesliga in 2015-16 and four times in the Europa League. It was, however, not an easy season for Augsburg, who struggled with finding the balance between glorious European nights, Augsburg came within a whisker of eliminating Liverpool in the round of 32 of the competition, and the day-to-day Bundesliga relegation battle.

As it has been the case since Augsburg have been promoted in 2011 the club have been favourites for relegation every season only to prevail in the top flight. At times Augsburg even surprises and reaches the upper echelons of the table. Such is the case this season in which Augsburg have had a fantastic first half of the season and are within striking distance of the European places. 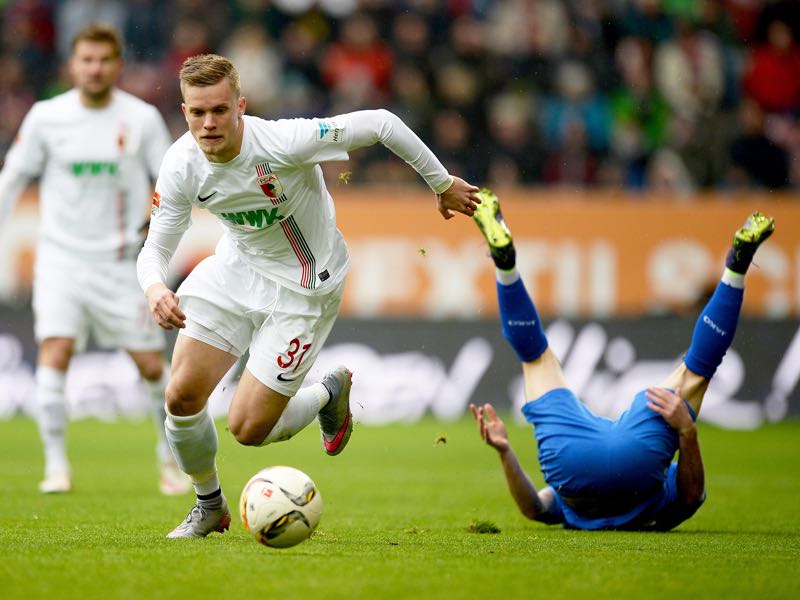 Philipp Max’s performances have played a big role in Augsburg’s development. The left-back has played in all 17 games this season and scored one goal and ten assists, the most of any player in the Bundesliga.

Leading his side the 24-year-old has not only replaced Chelsea’s Baba Rahmen, who has struggled to make a mark in the English Premier League, but he has managed to become an upgrade on that position. It is, therefore, no surprise that there are already speculations in Augsburg that Philipp Max could become the new record transfer away from Augsburg next summer.

The Sky is the Limit

Transfermarkt.de have just updated Philipp Max’s current transfer value to €10 million. Given his ability and the demand from English Premier League clubs like Manchester United, Manchester City and Chelsea, however, Philipp Max is easily expected to break the €20 million transfer record set by Abdul Rahman Baba. It would be the latest coup for Augsburg, who only paid €3.8 million to land the left-back in 2015.

English Premier League sides, however, are not the only one interested in signing Philipp Max. Bundesliga teams have also taken note, and it would not be surprising for the likes of Bayern München and Borussia Dortmund to make an offer come next summer. But for his father Martin Max there is only one possible Bundesliga destination: Schalke 04. 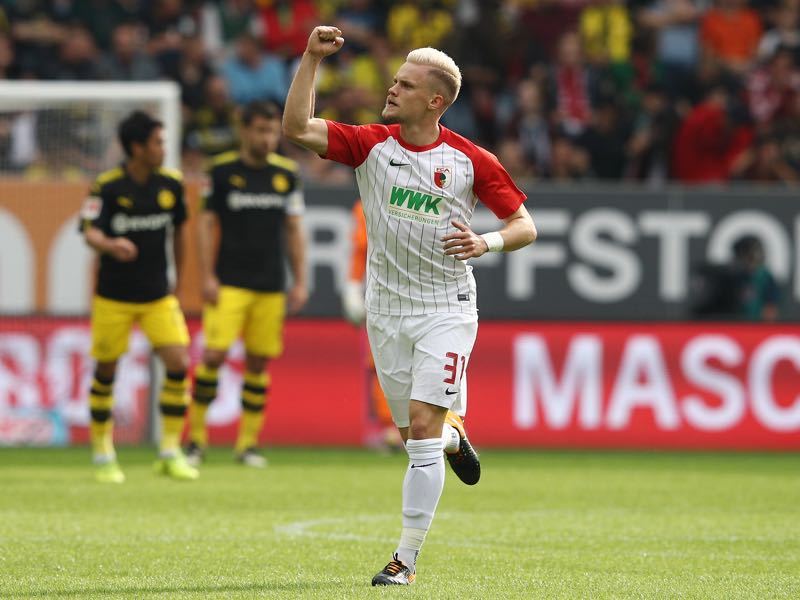 The Max’s still have their heart set on die Knappen and would love to see a return to Gelsenkirchen. At the same time, it is questionable whether the exciting project, led by sporting director Christian Heidel and head coach Domenico Tedesco, will find the necessary funds to sign the left-back.

Quite a bit will depend on what will happen, Philipp Max, this summer. Can the left-back continue his excellent form and make the Germany World Cup squad? Going to Russia and reaching the later stages of the tournament, and maybe even win the World Cup, would sky-rocket Philipp Max’s transfer value and would underline the current reality, which is that he is one of the hottest left-back prospects in Europe at the moment.

Loading...
Newer Post
Cruz Azul – La Maquina are Ready for the Next Step
Older Post
The National Team Without a Nation: The Story of the CIS at Euro 92