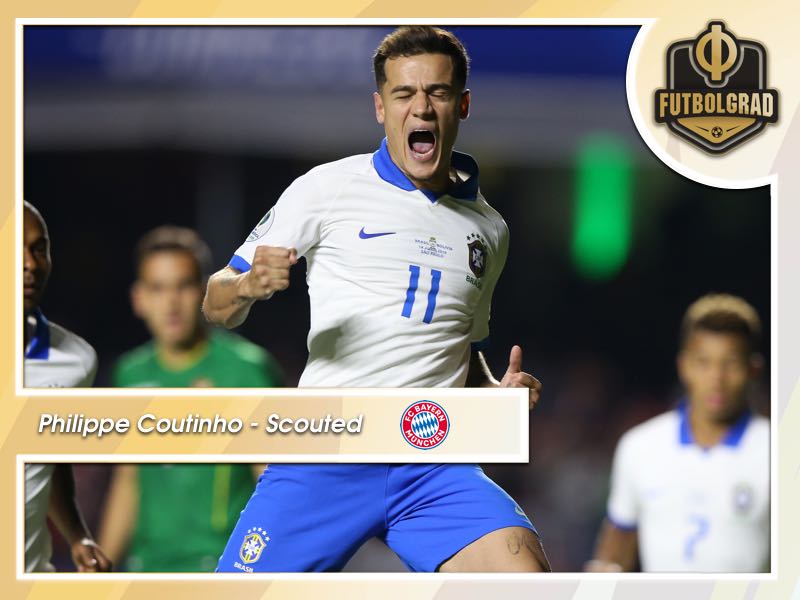 Philippe Coutinho – What can Brazil’s star add to Bayern?

The long drawn out Leroy Sané transfer saga, the signing of Ivan Perišić and finally the 2-0 defeat to Borussia Dortmund in the DFL Supercup and the 2-2 draw against Hertha Berlin to start the season. Bayern needed positive news and on Friday the club all but confirmed that they had signed 27-year-old Brazilian attacking midfielder Philippe Coutinho on loan from Barcelona.

It is by all acounts a gigantic deal that Bayern have put together with Barcelona. Bayern will pay €20 million for a one-year loan deal and, additionally, have an option to make the deal permanent next summer for an additional €100 million.

“I can confirm that Rummenigge and I were in Barcelona this week,” Bayern sporting director Hasan Salihamidžić said to the German television station ZDF on Friday night. “We have reached an agreement with Coutinho and his agents. I’m happy we got such a player.”

Philippe Coutinho is expected to arrive in Munich on “Sunday or Monday” to complete the obligatory medical and ink his contract, Rummenigge confirmed. “The name doesn’t matter, only the quality. We’ve watched him for quite some time,” said Rummenigge in an official statement published by the club Friday night.

Philippe Coutinho signing will be welcomed by fans and players alike

The news will be welcomed by fans and players alike. Robert Lewandowski, who was excellent against Hertha on Friday, was very critical of the club’s recruitment policy in the weeks leading up to the season opener. “We need to sign three to four new players,” Lewandowski said to the Futbolgrad Network following the club’s 2-0 defeat to Dortmund in the DFL Supercup.

Since then Bayern have signed Ivan Perišić but also confirmed on Friday that they had come to an agreement with Borussia Mönchengladbach to sign the talented French midfielder Mickaël Cuisance for around €10 million (more on him later). Philippe Coutinho, however, will be Bayern’s key signing this summer, the sort of marquee player the club hoped to present the fans when they were in pursuit of Sané.

Sané’ ACL injury, however, meant that the winger would not be available until at least February. Hence, in Philippe Coutinho Bayern were now able to find a short-term solution, who can be signed long-term should the arrangement proof to be fruitful over the coming season. At the same time, Bayern leave the door open to sign Sané should Coutinho turn out not to be a perfect fit in Munich. 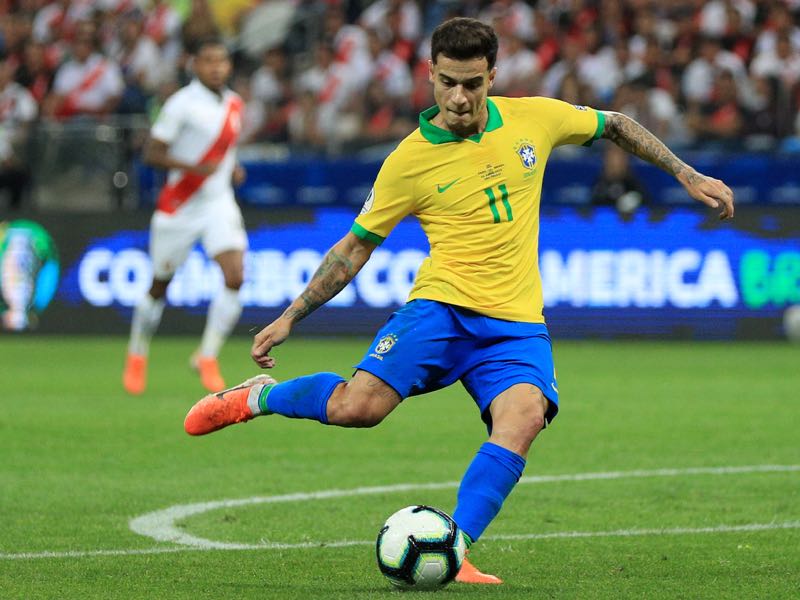 Philippe Coutinho of Brazil kicks the ball during the Copa America Brazil 2019 group A match between Peru and Brazil at Arena Corinthians on June 22, 2019 in Sao Paulo, Brazil. (Photo by Buda Mendes/Getty Images)

With that in mind, the question is what will Philippe Coutinho bring to Bayern? Signed by Barcelona from Liverpool in January 2018 in a deal worth €145 million the Brazilian never was given the chance to become an impact player at Barcelona. On paper, however, Coutinho’s numbers at Barca were not to different from those at Liverpool—the Brazilian scored 54 goals and 45 assists in 201 games for LFC (0.49 scorer points per 90 minutes) and 21 goals and 11 assists in 76 games for Barcelona (0.42 scorer points per 90 minutes).

It is the sort of productivity that Bayern hope can translate to more effectiveness in the club’s attack. Against Hertha on Friday, for example, Bayern struggled to break down a tight Berlin defence and had to rely on a Lewandowski penalty to walk away with one point.

The initial hope was that a player like Sané could add speed and directness that would help Bayern overcome that sort of defensive formation. But with Sané not available the question will have to be asked whether Coutinho can add that sort of extra impetus to change games.

Perhaps the most important thing to keep in mind is that Coutinho and Sané are very different players. While Sané is a pure winger Philippe Coutinho can also operate in midfield, which is underlined by his pass completion rate of 89.11%, which leads all current Bayern attacking players and also tops Sané’s 83.12% pass completion rate.

Also among all Bayern attacking midfielders Coutinho has the highest rate of final third passes at 5.92 per 90 minutes. That, in turn, also means that he plays quite a bit deeper than Ivan Perišić, Sané, Kingsley Coman, Serge Gnabry and Alphonso Davies, which is underlined by his 3.6 touches in the box per 90 minutes that rank him second from bottom just ahead of Davies—his 12.83 forward passes per 90 minutes, again top in the category, further underline his tendencies to play a bit deeper.

Over the last calendar year Philippe Coutinho averaged just 0.07 assists per 90 minutes, which ranks him last among the players compared. Then there is the question about goals. Coutinho scored 13 goals over the last 12 months, which ranks him behind Sané (20) and Gnabry (16) but when breaking that down to goals scored per 90 minutes Coutinho with 0.29 ranks behind Sané (0.54), Gnabry (0.47) and Coman (0.44).

Some of that may have come down to luck, however. Coutinho’s xG of 14.86 ranks him ahead of any player used for this article. In fact, Coutinho’s 132 shots rank him ahead of the pack.

Overall there is no doubt that Bayern have managed to land a magnificent addition. But if they were looking for a direct attacking winger of Sané’s mould they might be a bit disappointed. Although the two are not completely comparable Coutinho offers some of the same qualities that the club already possessed in Colombian star James Rodríguez last season, with perhaps two important differences. Unlike James Coutinho pushed for a transfer to Munich and he is capable of playing on the wing, which will help him adapt to Kovač’s 4-3-3 formation.