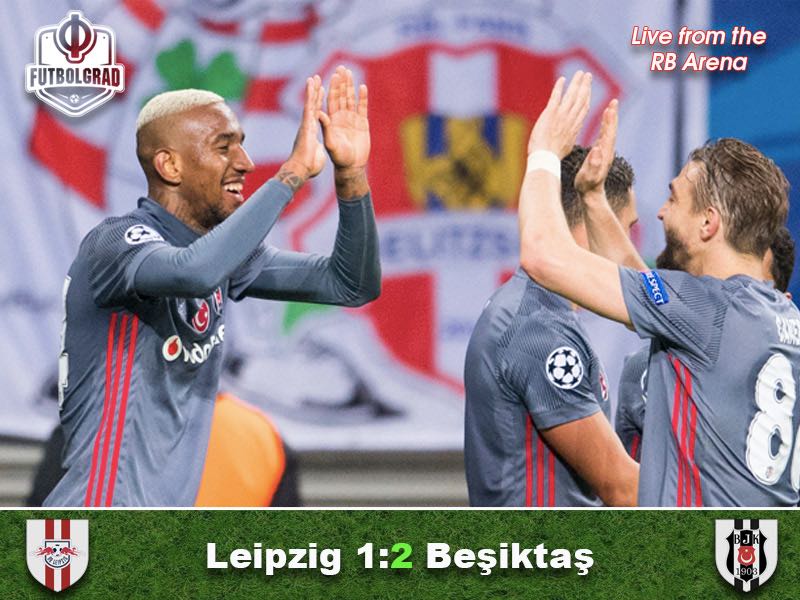 RB Leipzig v Besiktas ends with an unfortunate defeat for die Roten Bullen, who will now continue their European adventure in the Europa League.

Leipzig kicked the game off needing to win the game. But it was Besiktas that had the first chance after Alvaro Negredo tanked his way through the penalty box and placed a shot just wide of Peter Gulacsi’s goal. Leipzig had a nervous start in the first half and although die Roten Bullen managed to break through Besiktas’ defence the German side lacked the necessary consequence of finishing plays. Besiktas was more efficient. The Turks were awarded a penalty in the ninth minute after Willi Orban brought down Jeremain Lens in the box. Perhaps a harsh decision, Orban, however, had to take the blame for lacking cleverness in the one-against-one situation and Alvaro Negredo made no mistake easily converting the spot kick.

Leipzig was now under pressure, especially as Porto also took the lead in the match against Monaco, and then in the 21st minute, it appeared that Leipzig had found the equaliser. Pushing forward with several men at once Timo Werner received the ball inside the box and quickly beat Besiktas keeper Tolga Zengin. Werner looked to be offside, but at first, Viktor Kassai appeared to give the goal only to take back the decision under loud protest of the Leipzig fans and players, who thought that the ball had been played to Werner by Besiktas’ midfielder Oguzhan Özyakup.

Four minutes later it was almost game over for Leipzig. Negredo had escaped his man after receiving a long ball from midfield and then found Lens, who was also entirely left alone, the Dutchman’s finish, however, was stopped by Gulasci. About 33 minutes in Leipzig were the more active team, and Timo Werner 41′ and Jean-Kevin Augustin 42′ had chances to equalise just before halftime, but the Turkish side simply seemed too clever for an inexperienced Leipzig side that at this point were very much eliminated from the competition thanks to Porto’s 3-0 lead against Monaco.

Leipzig came out of the dressing room fully aware that it was hopeless. But within one minute Augustin and Werner had chances to equalise in the first instance the shot just missed the target and in the second Tolga Zengin had to show all his skills to stop the shot. In the 52nd minute, Leipzig had another double chance again through Werner and Augustin, who in close succession failed to get past keeper Tolga Zengin. At this point, Leipzig led Besiktas 12-3 with shots on goal, 8-3 with shots inside the box and 6-3 with shots on target. But there was no way getting past Tolga Zengin, who once again came up big in the 56th minute stopping a rampant Kevin Kampl from close range.

With 65 minutes gone and the score in Porto at 4-1 for the Portuguese, the match at best could be described as a competitive friendly in which Leipzig were the more industrious side, and Besiktas only did what was necessary to preserve the result. The friendly character in the second half was underlined when Leipzig head coach Ralph Hasenhüttl brought on veterans Marvin Compper and Dominik Kaiser – the latter now holds the record for the most Leipzig games – in what was perhaps a tribute to two players, who could leave the club during the winter break.

The final quarter of the match would see more Leipzig attempts with Augustin once again testing Tolga Zengin. This time the shot came from 20-yards out and as before the result was the same the keeper produced an excellent stop to keep Leipzig off the board. After 83 minutes Leipzig were left with just ten-man after Stefan Ilsanker received his second booking adding further to Leipzig’s misery. Shortly after in the 85th minute Lens should have further added to the misery, but his fabulous strike from 18-yards out was answered with an even better stop by Leipzig keeper Gulasci. At this point, it seemed unlikely that anything positive would happen for Leipzig, but Leipzig star Naby Keïta had other plans producing an incredible solo and an even better finish to equalise for RB Leipzig finally. The celebration was, however short-lived because just three minutes later Talisca made it 1-2 for Besiktas. Both teams had chances in the dying moments of the game, and overall it was likely a fortunate result for a Turkish side that showed that they were merely more experienced in European football.

Tolga Zengin was fantastic. The Besiktas keeper did well keeping Leipzig off the scoreboard for almost the entire 90 minutes. Tolgan Zengin made ten saves and was an imposing figure inside the box. 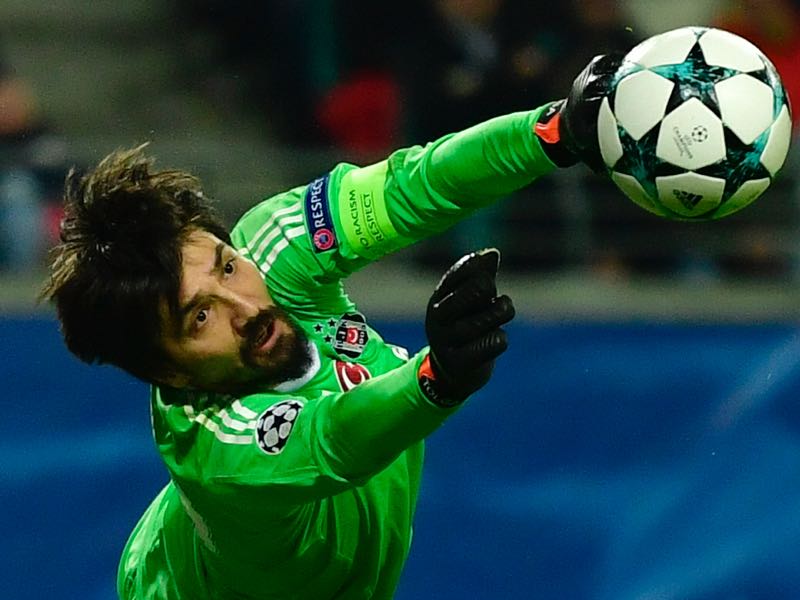 Efficiency. Leipzig had 23 shots on target tonight and forced ten goalkeeper saves. Augustin, Werner, Kampl and Bruma all had one-on-one situations, and with a bit more effectiveness Leipzig could have walked away with three points tonight. The game tonight somewhat mirrored the entire Leipzig season. There is no doubt this young side is brilliant, but at the same time there is a general sense that this side is still lacking the necessary experience to become a side that can challenge for titles.

Senol Günes: We wanted to end the group with a win. We wanted to remain unbeaten, and we have beaten perhaps the best opponent in the group. They were very good and outran us, but with our experience, we managed to beat them.” Tolga Zengin: “He had difficult times, but he is an excellent keeper, which he highlighted today.” On rotating the squad: “We are happy about the amount of depth in the squad. Players, who haven’t played a lot might get a chance later on in the season. We were strong in the attack and a little bit weaker in defence. But Leipzig are a strong side, and it is hard to defend against them. Leipzig have crashed out because they failed to score goals. They failed because of lack of experience.” On the different games in the group this season: “Tonight was the most difficult game. But despite being pushed hard we managed to win the game. We qualified for the group and we will see what will come next. About Orkan: “He is a young player, who we want to slowly integrate into the squad. He was very ambitious in the beginning and we will see what will come next.” On possible opponents in the knockout stage: “We will respect any opponent. You make yourself a name on the field and not through comments.” On possible facing Bayern and Juventus: “It isn’t important who we will face in the next round. We have to look at ourselves and that is our goal.”

Ralph Hasenhüttl: “I will take a little less time than my Turkish colleague. We threw everything into this match and despite playing well were unable to score enough goals to win the match. We showed a little bit that we were inexperienced tonight. But at least we were able to finish the group with seven points and will now be seeded in the Europa League draw.” On what RB Leipzig need to do to take the next step: “It isn’t a matter of wanting too or lack of skill. It is a matter of experience. There is a reason why our opponent tonight stated that we were the best opponent they faced. It was important to gain some experience this year and next year, should we be in it, we will be better.” On whether the Leipzig project is hurt by dropping to the Europa League: “It is important to stay in Europe. The Europa League is important. We hope to play a few rounds in the knockout stage. That is important for our development. Besiktas was perhaps the surprise of the group and they deserve to win this group.” On bringing on Compper and Kaiser: “Compper was a sporting decision. With Dominik it was a matter of giving him a Champions League game. He has been an important player for us and he always worked hard, never complaint when he didn’t play. So I awarded him with a game.” Whether Leipzig can be proud of how they played in the competition: “It is hard to feel good about what we have achieved after we lost. We have made a step forward in our development. We are not unhappy, but we have to keep working hard.”