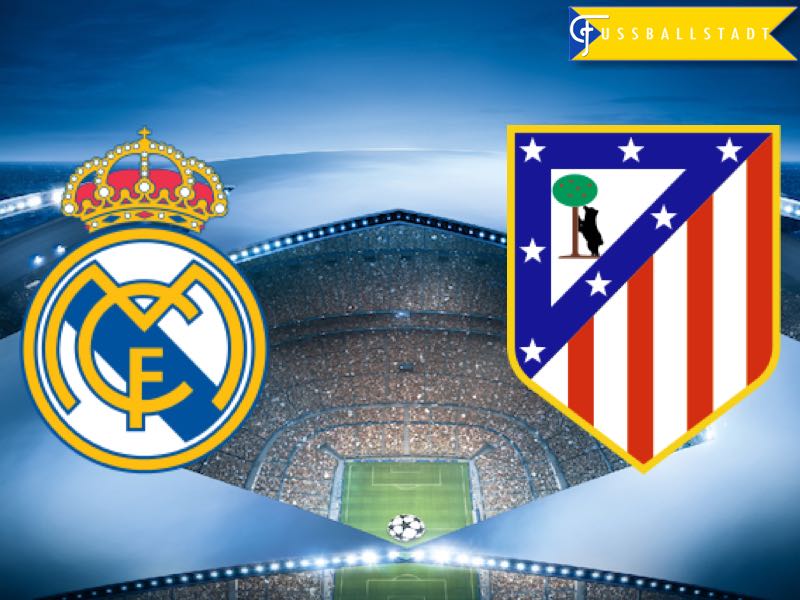 Real Madrid vs Atlético Madrid will take place at the Bernabéu Stadium in Madrid. (Photo by Gonzalo Arroyo Moreno/Getty Images)

Holders Real Madrid could scarcely face a more familiar foe as they continue their bid to become the first team to successfully defend the UEFA Champions League title with a semi-final against neighbours Club Atlético de Madrid–the side they beat in the finals of 2014 and 2016.

It took a huge slice of fortune for the holders to reach the semi-final once again. Against German champions Bayern Munich, they needed extra time and a smattering of controversial refereeing decisions to progress. Television replays suggested Cristiano Ronaldo was offside for two of his goals while Arturo Vidal received his marching orders for, what looked to be on the replay, a fair challenge. Notwithstanding this, the champions now find themselves once again in a European semi-final.

This is the Blancos 28th European Cup semi-final, and the record 11-time winners will look to be the first side to successfully defend their title since the competition was rebranded from the European Cup to the Champions League in 1992. Unsurprisingly Real are blessed with talent from front to back. Inspirational captain Sergio Ramos is not only the rock in defence, but he also carries a genuine attacking threat. His equalising goal deep into added time in 2014 final was the catalyst to break Atlético hearts. Los Blancos will be without attacking winger Gareth Bale—the Welshman has been ruled out until at least 15 May with a calf injury.

Atlético will look to channel the inner pain of both the 2014 and 2016 finals where they lost out to their neighbours in the most dramatic of fashions. Firstly, in 2014 they looked to have won the competition until an added time equaliser pushed the game into extra time where Real subsequently bowled them over. Then, only last season, they took their neighbours to penalties—eventually losing 5:3. A resolute display in the quarter-final stage against English champions, Leicester City, gave a comfortable passage into this semi-final matchup.

Bar a 20-minute dominance by the English side in the second leg, Los Rojiblancos were rarely troubled. Diego Simeone was full of praise for his player’s post-match and has a belief in them that this time they can go that one step further. The destruction of Las Palmas on Saturday 0:5 away from home was the perfect build up for this crucial fixture. Scoring three times in 18 minutes their attacking prowess was on display for all to see, powerful striker, Kévin Gameiro, grabbing two.

Real Madrid vs Atlético Madrid – Players to look out for:

The four-time Ballon d’Or winner is potentially Real Madrid’s biggest threat. Expert at taking players on his step-overs are world famous. Not content with being one of the best dribblers of all time, Ronaldo has a dead ball speciality that can turn games in a heartbeat. The 32-year-old Portuguese winger has 32 goals and 12 assists in 40 games this season for Los Blancos. He enjoys playing in the Champions League, in the ten games, he’s played in this season’s competition he has seven goals and six assists, a phenomenal ratio.

If Real look to their number seven for inspiration so can Los Rojiblancos. The 26-year-old French international prefers to play in the second striker role for which he is clinical, to say the least. With a goal, every 165 minutes his worth to this Atlético side cannot be underestimated. In 10 Champions League games this season, he has five goals and two assists—overall for 2016/17 he currently sits on 25 goals and 11 assists over 48 games. For many he is the complete striker — adept at holding up the ball or laying off quickly, he combines well with those around him.