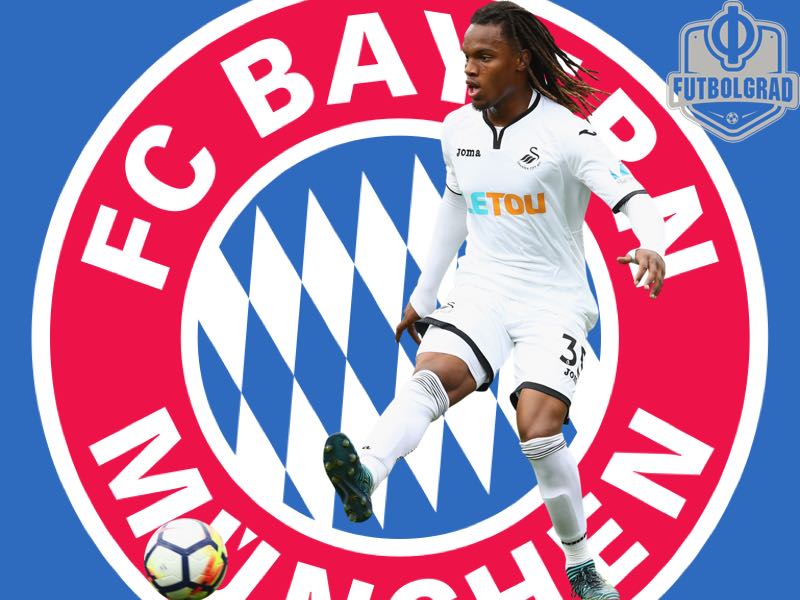 Renato Sanches – What is Next for the Fallen Talent?

Bayern are through to the DFB Pokal quarterfinals after a convincing win against rivals Borussia Dortmund, and the Allianz Arena descended into Christmas celebration mode. Following the game, a light show and carols were shown on the field. As a result, head coach Jupp Heynckes was late to the press conference after the game and only stayed to answer a few questions not among the things asked was what will happen to Swansea City loanee Renato Sanches.

Amidst Bayern’s victory came the news that Swansea City manager Paul Clement was sacked at Swansea City. The former assistant of previous Bayern München head coach Carlo Ancelotti was instrumental in bringing in Renato Sanches on loan from Bavaria to Wales.

Then on Thursday Bayern’s celebrations continued with Sandro Wagner completing his transfer from Hoffenheim to Bayern and Kingsley Coman signing a new contract that will see him stay at the club until 2023. Renato Sanches, it appears might as well be located on the Mars. But perhaps Bayern felt everything was said about the future of the player. Heynckes put a cold shower on reports suggesting that Renato Sanches could be returned early. “We didn’t talk about bringing him back. We don’t have room.”

Sporting director Hasan Salihamidzic, however, had a different opinion on Renato Sanches’ development. “We are in constant contact with him. We are observing his development, which right now is not optimal.” Asked about a possible return, Salihamidzic said: “We will have to discuss the situation and see what is the best for him because we want him to develop in a way that will also help the club [Bayern].”

The two diverting statements suggest that there is a bit of a difference of opinion when it comes to the future of Renato Sanches. As for now, it is evident that Renato Sanches is struggling to come to terms with life away from Benfica. The state of his development was put on display when mistook a Carabao advertisement banner for his teammate in a Carabao Cup match against Chelsea.

Bayern bought the midfielder in the summer of 2016 spending a record amount of money for the teenager. The deal was then heralded as a statement of intent towards the other big European clubs—especially towards the big English clubs like Manchester United, who were outbid. Bayern ended up paying an extraordinary €35 million that including all options could rise all the way to €80 million. One and a half years in it would be difficult to see Bayern ever pay some of those clauses—the Bavarians, for example, have to pay €10 million should Renato Sanches win the Ballon d’Or.

Renato Sanches – A Loan Within Germany Would Have Been More Sensible

The question has to be asked what would have been best for Renato Sanches? Perhaps a new coach at Swansea City will aid the 20-year-old Portuguese in his development. Alternatively, Bayern might want to bring him back to Munich. Heynckes might have been coy about bringing back the midfielder, but ultimately the Bayern coach has a good hand when it comes to player development and has recently pushed Kingsley Coman to a new level. 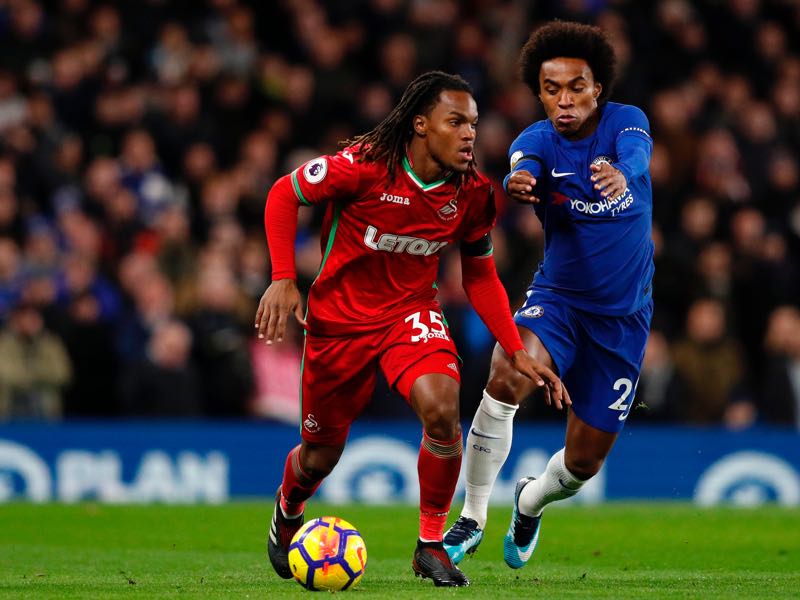 Renato Sanches (l.) mistake an advertisement board for a teammate during a cup match against Chelsea. (ADRIAN DENNIS/AFP/Getty Images)

Ultimately, Bayern might have made a mistake loaning Renato Sanches to an English Premier League club this summer. Renato Sanches needed to adapt to life in the Bundesliga and Germany. A move to another Bundesliga side where he could advance tactically and learn the language would have therefore been more beneficial. Playing for the likes of Hoffenheim, where Julian Nagelsmann has been excellent developing talent, would have been ideal for Renato Sanches.

As it stands, Renato Sanches is now left with just two options after already playing for two clubs this season. He could stay in Wales and play the remainder of the season for Swansea, or he could return to Bayern and hope that Jupp Heynckes can unearth his talent.