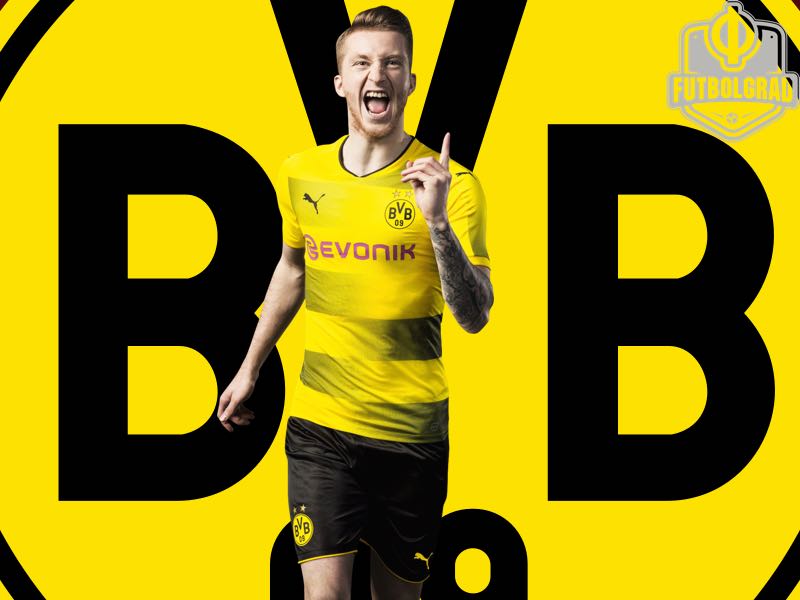 “I’m wearing the Dortmund shirt since 2012. I’m happy and proud to announce today that I will continue to wear it. Dortmund is my home, BVB is my club. Since my childhood, I dreamt about wearing the Black and Yellow.” It is a statement that is a dream become true for Borussia Dortmund fans – on Friday Marco Reus announced that he had renewed his contract in Dortmund until 2023.

The attacking-midfielder further declared: “With my deepest conviction I want to set a clear sign for the future with this contract extension. My pledge to the club today is also a thank you to the great fans that always supported me.”

“The fact that Hans-Joachim Watzke and Michael Zorc always stayed by my side during times of struggle ultimately had a positive influence on my decision today. I also want to thanks my agent, family and friends for being there for me and lending me strength,” Reus further added.

Reus renewal lifts everyone at the club

In a season that has been anything but perfect and just days after Dortmund embarrassed themselves in the Europa League against Red Bull Salzburg, Reus’ decision to renew his contract lifts the club from a weird state of depression. Many have pointed towards the attack on Dortmund’s team bus last season ahead of the Champions League tie against Monaco for where it all went wrong for Dortmund.

Instead one may have to look even further back to the 2015-16 season when Dortmund where kicked out by Liverpool in the quarterfinals of the Europa League. Following the game, there was a general sense among superstars Ilkay Gündogan, Henrikh Mkhitaryan and, most importantly, captain Mats Hummels that the club had reached a glass ceiling in its development. All three were gone after the season and BVB were never the same under Thomas Tuchel and later Peter Bosz.

In some ways, there was almost a sense of depression that only had a few bright spots in Ousmane Dembélé, who was then sold to Barcelona, and the victory in the DFB Pokal, which cost the club Marco Reus and was soon followed in a nasty divorce with head coach Thomas Tuchel.

Although in third-place in the league at the moment the club is playing dull football at the moment and there is a similar atmosphere around the club not felt since the 2014-15 season when the Yellow and Blacks, coached by Jürgen Klopp, collapsed to the bottom of the league. Amidst that crisis, Marco Reus announced his last contract extension until 2019.

Following the contract extension, Dortmund raced up the table and finished in a Europa League spot and managed to reach the final in the cup, which was lost to Wolfsburg. The following season Thomas Tuchel lifted the club to a level that saw Dortmund finish second in the league with the biggest point total among any second-placed team in Bundesliga history.

A light at the end of the tunnel?

Reus’ latest contract renewal could have a similar effect. He is now the first BVB superstar who has decided not to leave the club in his prime. The winger could now become a similar symbol for Dortmund than Frank Ribéry at Bayern – the French winger stayed despite major offers from all over Europe to start a new era at Bayern.

Signing a new contract in Dortmund indicates that the bosses have convinced the winger that the Yellow and Blacks could have a bright future. Reus always stated that a contract renewal was not about money, but rather about who will be the head coach next season and whether Dortmund can give him a competitive side that can win titles.

Keeping this in mind Reus’ decision to sign a new contract until 2023 indicates that sporting director Zorc and CEO Watzke were able to provide Reus with a positive perspective in Dortmund. What that means regarding investments in the squad and the future of head coach Peter Stöger, who is only signed on an interims basis until the end of the season, remains to be seen.

Overall, however, Reus signing a new contract could give Dortmund the necessary push in the race for the Champions League spots – starting with Sunday’s top game against Eintracht Frankfurt. It could also be a signal for players targeted by Dortmund that BVB are serious about restructuring the team and become a contender once again.