A busy transfer window considers for Bayern München. Alongside Leroy Sané and Callum Hudson-Odoi, the Munich-based club is also targeting Atlético Madrid midfielder Rodrigo. The 22-year-old Spaniard is supposed to add some much-needed depth to the squad.

The midfielder would add some important depth to a Bayern side that is currently dangerously small. Arjen Robben, Frank Ribéry, Rafinha and James Rodríguez will all leave Bayern this summer. Meanwhile, the Bavarian giants have added Benjamin Pavard, Lucas Hernández and Fiete Arp to the squad.

Altogether 18 players will be in Bayern’s squad next season not enough to compete in three competitions. But signing a world-class winger has been difficult for Bayern. Chelsea do not want to sell Hudson-Odoi and Sané is still considering whether he wants to return to the Bundesliga.

Meanwhile, in midfield Bayern lack some depth. With Thomas Müller, the club have just one central attacking midfielder at the moment and in Javi Martínez just one true defensive holding midfielder, not enough to play 4-2-3-1. One solution for head coach Niko Kovač would be a switch to a 4-3-3 formation or even 3-5-2, which would require another attacking player as well.

Hence, Bayern are in the hunt for a central midfielder and have been heavily linked to Rodrigo. “I don’t know the player,” Bayern President Uli Hoeneß said to the Futbolgrad Network following the successful promotion of Bayern II to Liga 3. “That is Hasan’s job,” Bayern’s President said pointing out that player transfers were sporting director Hasan Salihamidžić’s job.

Salihamidžić, in fact, travelled to Madrid earlier in the spring, reportedly to speak to a player agent about a potential transfer. Right away there were rumours that Bayern could be among the clubs trying to sign Antoine Griezmann from Atlético. Instead, however, the meeting was about Rodrigo. 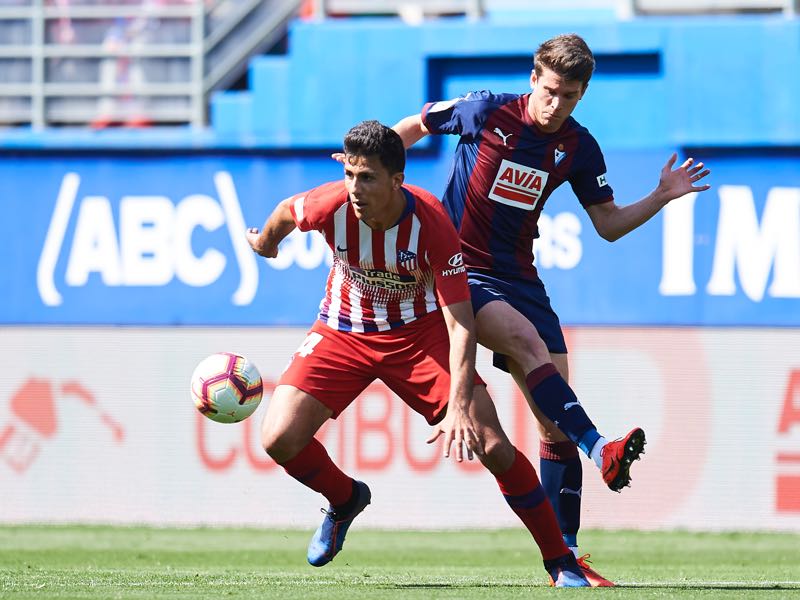 Meanwhile, talent Renato Sanches is expected to remain at the club. But whether the Portuguese midfielder can ever grow into a full starter at the club remains to be seen.

Rodrigo by the numbers

But what exactly would Rodrigo Hernández add to the squad? A quick look at in-depth statistics highlight that the midfielder is second among Bayern’s current players when it comes to completed passes to the final third (86.84%). Only Renato Sanches (90%) has completed more passes in that category. Meanwhile, Thiago Alcântara would be third with 85.95%.

When it comes to overall passing Rodrigo Hernández’s statistics also compare well to the players in Bayern’s current squad. The Spaniard would be second only to defender Niklas Süle (94.13%) with 92.68% completed passes last season. In terms of passes per 90 minutes, Rodrigo ranks sixth with 62.1 passes among Bayern players behind Thiago (84.72), Jérôme Boateng (77.5), Süle (77.1), Mats Hummels (75.23) and Joshua Kimmich (71).

When dissecting the 22-year-old’s defensive abilities his aerial presence, in particular, stands out. Rodrigo measures 191 cm and last season he used his height to great effect as he won 65.67% of his aerial battles, which among current Bayern players ranks him just behind Boateng (72.46%), Süle (70.89%) and Tolisso (66.67%).

Finally, when it comes to interceptions per 90 minutes Rodrigo with 5.4 per 90 minutes would rank only second to Javi Martínez (6.32) among Bayern’s current players.

FOR MORE ON GERMAN FOOTBALL LISTEN TO THE GEGENPRESSING PODCAST HERE!

With all those numbers in mind, it makes sense why Bayern are pursuing the Atlético Madrid midfielder. In many key stats, Rodrigo is either better on par or just behind Javi Martínez. In other words, he is the sort of player, who could not only replace the 30-year-old Martínez but perhaps even grow into an upgrade on what the Spaniard currently provides for Bayern.

Back in 2012, Bayern spent a club record €40 million on Javi Martínez. Seven years later Rodrigo would cost the club in the region of €70 million. At a first glance a big chunk of money, but factoring in the development on the transfer market it would be a small cost for a midfielder, who at 22-years of age could cover a central position for years to come.