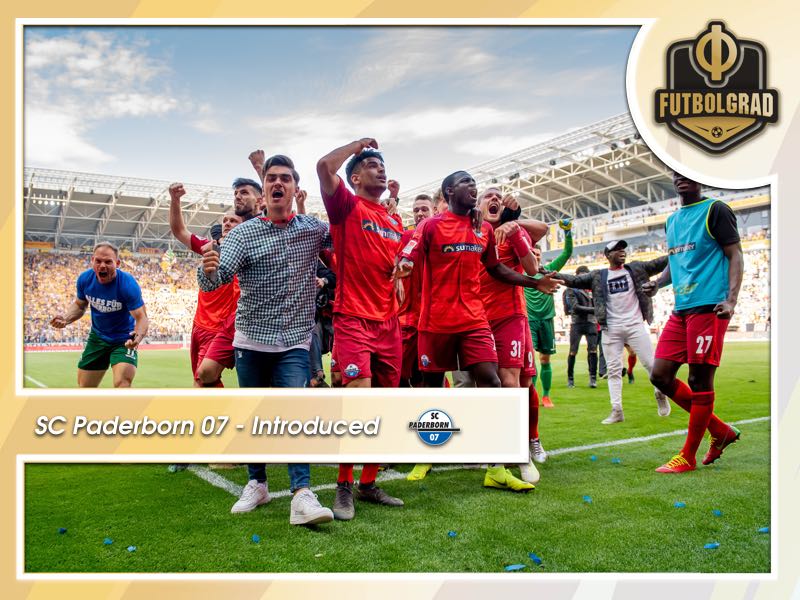 SC Paderborn 07 have returned to the Bundesliga after finishing second in Bundesliga 2 this season to complete what might be the most fantastic comeback in German football history. Only two years ago the club was on the brink of Liga 3 relegation but was saved only after 1860 Munich was refused a licence for Liga 3.

What followed was an epic collapse that almost led to the Regionalliga (fourth division). Following the 2014/15 season, Paderborn top flight once again relegated at the end of the 2015/16 season, this time from the second to the third division.

The downward trajectory did not end there as the North-Rhine Westphalians were also relegated from Liga 3 at the end of the 2016/17 season. It was perhaps the biggest collapse in German football history, and it only stopped thanks to the above-mentioned collapse by 1860 Munich.

SC Paderborn 07 – Back to the Bundesliga

Now just two years later Paderborn are back in the Bundesliga after an epic rise up through the ranks. It is a return against all the odds after all Paderborn was not among the favourites to return to the Bundesliga. Instead, most betting companies in Germany had Paderborn listed behind Köln (1.3), Hamburger SV (1.7), VfL Bochum (4.0), Union Berlin (5.0) and Holstein Kiel (6.0) with a betting quote of 7.0.

Early indication indeed make them the favourites to go straight back down. After all, sporting director, and architect behind the club’s return to the Bundesliga, Markus Krösche has already confirmed that he will be leaving the club for €700,000 to take over from Ralf Rangnick at RB Leipzig.

Krösche is not the only departure. Paderborn are also losing their key player Philipp Klement. The attacking midfielder managed 16 goals and seven assists in 31 Bundesliga 2 games this season. Many expected Klement to join a big club in Germany, to a certain extent that is true but he will still stay in Bundesliga 2 as he has joined VfB Stuttgart.

Despite their Bundesliga promotion SC Paderborn remain a small fish in German football. Klement is not going to be the only departure as Bernard Tekpetey, who joined Paderborn from Schalke, saw his buy-back clause activated and is now heading back to Gelsenkirchen where Schalke are looking whether he can aid the club or perhaps can be sold with a profit. 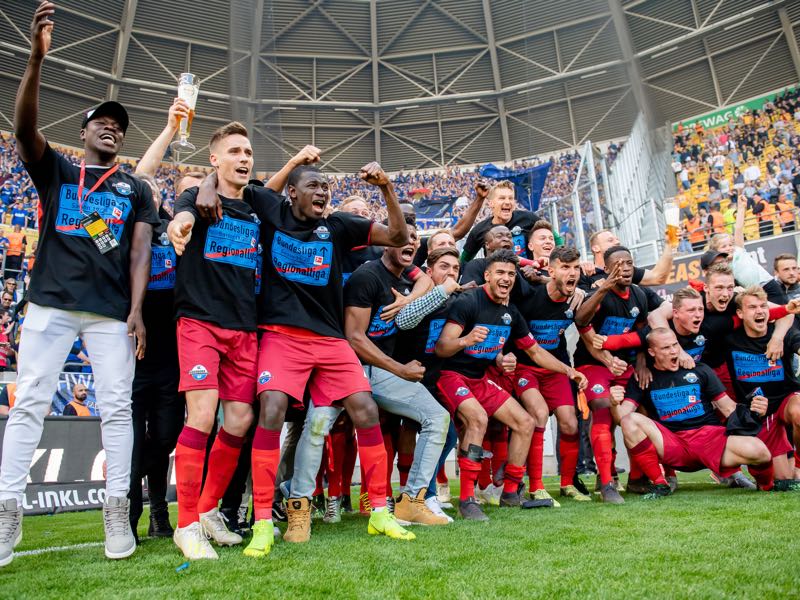 Players of Paderborn celebrate after the Second Bundesliga match between SG Dynamo Dresden and SC Paderborn 07 at Rudolf-Harbig-Stadion on May 19, 2019 in Dresden, Germany. (Photo by Thomas Eisenhuth/Bongarts/Getty Images)

Before joining RB Leipzig Krösche, however, has been busy. The former Paderborn sporting director signed Johannes Dörfler from KFC Uerdingen, Streli Mamba from Energie Cottbus, Cauly from MSV Duisburg and Marcel Hilßner from Hansa Rostock among others.

Meanwhile, Rifet Kapić is the key transfer for the coming season. “He is supposed to become the playmaker and enrich our game in midfield,” Krösche said to kicker this week. Signed from Grasshoppers Zürich the midfielder spent last season at FK Sarajevo in Bosnia.

All those players are young, fast and the sort of out-of-the-box signings that landed Krösche at RB Leipzig. The sporting director, after all, managed to find players where no-one else was looking and with Steffen Baumgart has a coach, who can get the best out of young players that seek to make the next step.

Do not bet against SC Paderborn 07

There is another partying gift Krösche left his former club. Part of the deal that will see him head off to Leipzig includes a cooperation agreement with the Red Bull-sponsored club. Although the clubs have kept the details of the cooperation agreement, secret rumours suggest that the two clubs will cooperate when it comes to scouting and player development.

It is another deal that is considered part of a long-term vision. Paderborn know that they will not be in the Bundesliga for the long haul. In fact, the club wants to become a constant among Germany’s 36 top teams.

FOR MORE ON PADERBORN LISTEN TO THE GEGENPRESSING PODCAST HERE!

The club’s budget this season will be in the range of just €15 million to €20 million. In comparison, fellow promoted sides Union Berlin, and 1.FC Köln are calculating with a budget of around €40 million for the upcoming season.

A small budget and the departure of a key player as well as the sporting director. No wonder that SC Paderborn are among the favourites to go straight back down. But the club has defied the odds for the last two seasons and with a smart plan could become the next Darmstadt and Ingolstadt to survive for more than one season in the topflight.

It would be a longshot to bet on it. But given the SC Paderborn and their history, it would not be something anyone should bet against.