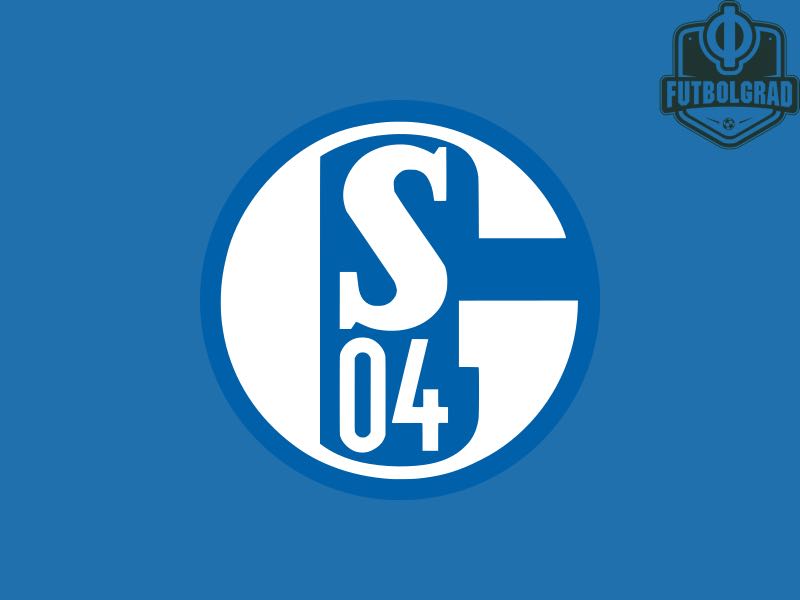 If you were to judge the size of a club by its membership, Schalke 04 are the fifth biggest club in the world only narrowly missing out on beating Borussia Dortmund. With a great fan base, though, comes great responsibility and, all too often, Schalke feel the pressure of their supporters all too keenly. The arrival of up-and-coming young coach Domenico Tedesco and an influx of exciting young players will hardly do anything to dampen the expectations of the fans going into the coming season. Jon Mackenzie weighs up the odds for the Die Königsblauen going into the next season

It was the best of times; it was the worst of times. It was unbeaten in the whole of October and November; it was five straight losses at the beginning of the Bundesliga season. It was five consecutive wins in the Europa League group stages; it was crashing out to Ajax in the quarter finals to two late goals in injury time. Last season, Schalke’s record can only be described as ‘unpredictable’. 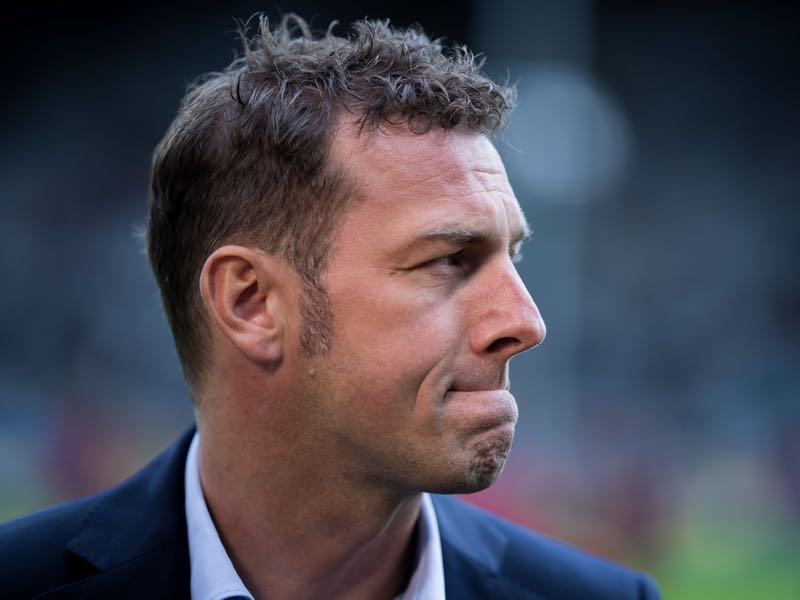 Markus Weinzierl was fired by Schalke 04 after having a disappointing season with the club. (Photo by Simon Hofmann/Bongarts/Getty Images)

Any excitement caused by the arrival of Markus Weinzierl and Christian Heidel as manager and director of sport respectively was swiftly dampened after the Die Knappen failed to kick start their season in the league until well into the Hinrunde, albeit with a much needed 4-0 victory over Borussia Mönchengladbach. But Weinzierl couldn’t seem to produce anything from the team that wasn’t at one extreme or other of the spectrum between winning or losing. Where October and November consisted of a complete absence of losses in the league, December and January saw a return to the sort of form that had opened the season for Schalke. In the end, despite improving things in the second half of the season, Weinzerl never really managed to drag the team into the top half of the table, and they finished in what was, in the end, a disappointing tenth-place finish and was promptly sacked.

In Europe, things could have been much different: Schalke dominated the group stages, only losing once, and, after easing past Gladbach in the last 16 were tipped by some to be favourites to meet Manchester United in the final. But then, after overturning a two-goal deficit against Ajax away to a 3-2 advantage at home, they managed to ship two goals in the second half of extra time to come crashing out of the competition.

No doubt much of Schalke’s inconsistency in the season was caused by the added encumbrance of European football. Without this, perhaps, they may have achieved a little more consistency in the league. But, for a team in a league that is seeking to improve its European credentials, this excuse is not sufficient. Going into the future, Schalke’s fledgeling coach, Domenico Tedesco, will be expected to attain a place in Europe while at the same time building a team that can compete on both fronts.

In many respects, Schalke’s two main pieces of transfer business this summer did not come with the sort of glamour that you might expect from arrivals at one of Europe’s top clubs. Nabil Bentaleb and Yevhen Konoplyanka arrived at Gelsenkirchen on loan at the beginning of last season and played a big part in Schalke’s domestic and European campaigns last year. Bringing both back as full signings this season, though, is important for the club, a fact which is reflected in the transfer fees paid which both feature in the top five highest payments of players signed by Schalke.

Beyond this, the club’s transfer business has been fairly muted. Pablo Insua was brought in to add more depth to the central defensive area, no doubt in light of the likelihood for Domenico Tedesco to play three at the back. On the left, Bastian Oczipka was signed from Bundesliga rivals Eintracht Frankfurt most probably to function as a wing back on the left-hand side—an important position to fill if Tedesco’s preferred 3-4-3 formation is to work. And finally, Amine Harit, an attacking centre midfielder whose performances last season for FC Nantes have earned him a transfer, makes up the quota for Die Königsblauen. 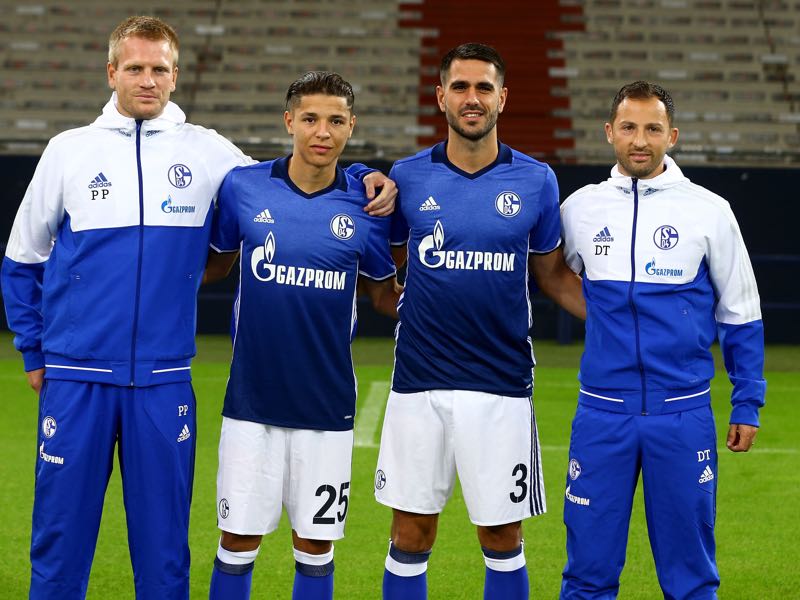 Amine Harit (second from left) and Pablo Insua (third from left) are the key signings for Schalke 04. (Photo by Christof Koepsel/Bongarts/Getty Images)

Despite the relatively minor activity in this transfer window, though, Schalke have assembled a strong squad which, with some players coming back from long term injury, will give them a lot of confidence going into the season.

Despite the fact that everyone knows the adage that ‘pre-season doesn’t matter’, Schalke will be thrilled to be starting the new season having been unbeaten across the summer pre-season schedule.

Traditionally beginning their pre-season with a couple of easy games against lower league sides who were duly beaten—the outlandishly-named SpVgg Erkenschwick and SC Paderborn—Schalke headed off to China for a mini-tour that was as much about public relations as it was about football. Their opening fixture, against Turkish Süper Lig winners Beşiktaş, was comfortable enough, with Schalke ambling to a 3-0 lead before conceding a couple of goals later on. A couple of days after this win, Schalke played Internationale who, despite falling away in recent years, are well on their way to returning to the upper echelons of Italian football. In spite of the fact that Daniel Caligiuri’s opening goal was later cancelled out by a long-distance Jeison Murillo wonder strike, Tedesco will have been pleased that his side went toe-to-toe with one of the giants of European footballing history. 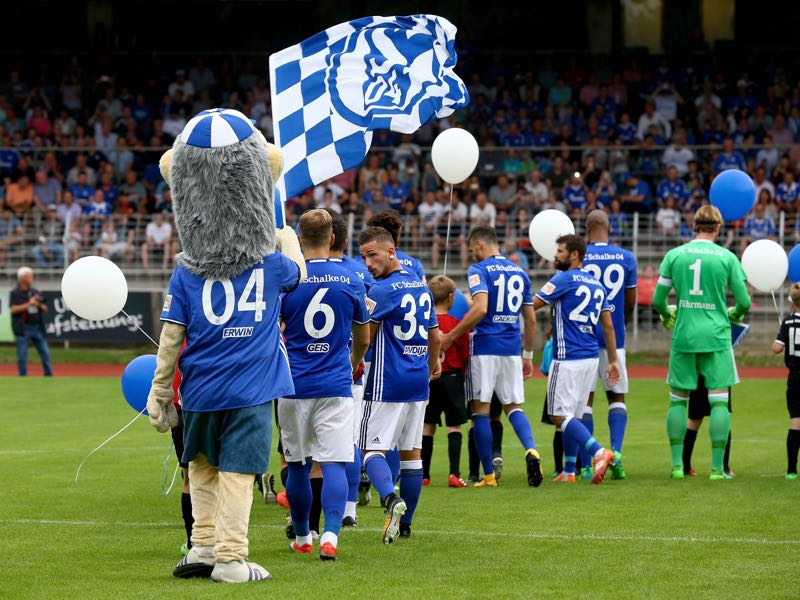 A tour to Austria followed which culminated in two more wins both 1-0: one against Azerbaijani team Neftçi PFK, the other against La Liga side SD Eibar. By this point, it was clear that Domenico Tedesco was going to be utilising the 3-4-3 formation in the course of the upcoming season. Although he was deploying different players in each position, no doubt to give the players a feel for the formation and to allow himself the capacity to field the strongest players in each position when the season finally arrived.

Pre-season rounded out with a 1-1 draw with Premier League side Crystal Palace. Any misgivings that the Schalke fans had about the inexperience of their young coach will have been allayed somewhat on the showing of the summer Testspiele fixtures. In each instance, when faced with teams from some of the biggest leagues around Europe, he displayed a level of tactical maturity and leadership which the supporters will remain confident about going into the Bundesliga this year.

It is supposed that Domenico Tedesco will favour 3-4-3. However, with a relatively impressive depth to his squad added to his penchant for tactical refinement, expect this to change from game to game. In the 3-4-3, the strongest line up is most likely (taking into account long-term injury): 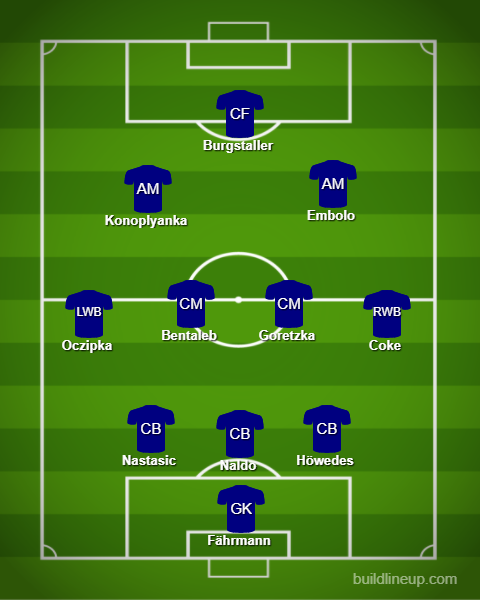 2017 was a big year in the life of Leon Goretzka. The German youngster once described by Peter Neururer, his head coach at VfL Bochum, as the ‘talent of the century’, excelled in the Confederation Cup with the national side. With five goals and five assists in the Bundesliga, along with three goals in the Europa League, Goretzka was also productive at the domestic level. Playing 3-4-3 successfully has everything to do with how the two central midfielders perform and so, for Schalke to flourish in the league this season, they will need Goretzka to find the next level in his game.

Another integral position in the 3-4-3 is that of the wing back. Bastian Oczipka, who joined Schalke from Eintracht Frankfurt this summer, was deployed across the back line last season as well as being pushed forwards into a midfield position. For Domenico Todesco’s new set-up to function, Oczipka will have to hit the ground running at left wing back. Of course, through the course of last season, he did play in a wing back position, but this was almost always with the added safeguard of a three-man midfield. Now, with only two team-mates in the central area, he will be tested more from a defensive point of view. If he can succeed in this role, he is likely to be Schalke’s signing of the season.

Benedikt Höwedes is a legend around the Veltins Arena. One of the few remaining ‘One-club-men’ in modern football, he stayed with Schalke even when other clubs came knocking. Captain for six years, he was recently relieved of his duties by his new coach and didn’t even appear on the squad in the recent Pokal fixture against BFC Dynamo with rumours of a fallout with Tedesco. This could, then, be a make or break season for the centre-back at the club he has served so well.

With Schalke, it is always difficult to separate the reality from the hype. After a disappointing season last season, it seems overly hasty to expect great things from them so soon after appointing a new coach. There is also an almost unknown quality about Domenico Tedesco, who has so few managerial games under his belt as it is before factoring in his lack of experience in the top division of German football. That said, they have a strong squad in all areas with an impressive amount of depth, and having a young, inexperienced manager didn’t hold Hoffenheim back last season, so I’m putting caution to the wind and allowing Die Königsblauen to just creep into the Champions League spots by the end of the season: fourth place.

As is so often the case in the Pokal, Schalke’s chances of success have everything to do with avoiding Bayern as long as possible. Without any European commitments this year, Schalke will be hoping to go deep into the cup and, with their squad, it will be disappointing if they don’t. I expect them to make at least the semi-final stage at which point, as they say, anything can happen.