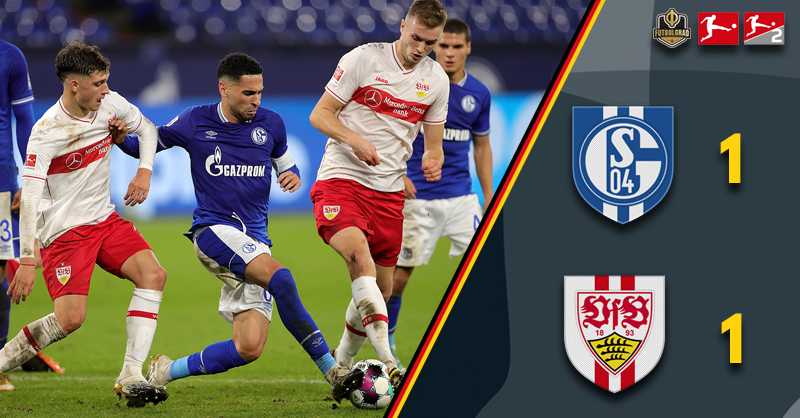 A second-half penalty from Nicolas Gonzalez earned Stuttgart a share of the points after Schalke took an early lead thanks to Malick Thiaw’s wonderfully taken header, as an enthralling fixture somehow ended in a 1-1 draw.

Newly promoted Stuttgart have been in impressive form so far this season. After losing their opening game to Freiburg, die Roten have gone on to win eight points from four matches, an unbeaten run of four fixtures, but prior to kick-off head coach Pellegrino Matarazzo wasn’t taking their opponents lightly:

“Schalke have their backs against the wall,” the 42-year-old American said. “That’s going to make them unpredictable, especially since they already adopt various different styles of play,”

The hosts came into tonight’s fixture without a win in 21 Bundesliga games, the longest league run without victory since Tasmania Berlin in 1965/66, while the Royal Blues also had the unwanted record of the largest ever goal difference after five matchdays, -17, for Manuel Baum the time was now to get the Gelsenkirchen side back to winning ways.

An opening half-hour was akin to two boxers sizing each other up, but the first punch was landed on exactly 30 minutes, and it belonged to the home side.

Amine Harit’s wonderfully floated freekick was met by an unmarked Malick Thiaw at the far post and the 19-year-old Finland defender only had one thing on his mind – Gregor Kobel, at full stretch, was left no chance and the opening goal was Royal Blue.

Having previously displayed little fight or ambition, Schalke exhibited all the intent and verve associated with a side keen to pull themselves out of the relegation zone and as the half time whistle blew the hosts deserved their lead.

For their part, Stuttgart had been unable to find any real quality in the final third, but they had looked dangerous, especially thanks to Wataru Endo.

If Matarazzo wanted to see a response to going behind then the Japanese midfielder showed it, but it was the static forward area that needed an injection should the score be leveled after half time.

A change at the break for Matarazzo saw Nicolas Gonzalez come on for Kalajdzic – as the Stuttgart boss looked to find a goalscoring way back into the fixture.

But, the hosts started the second period as they finished the first – on the attack, and Mark Uth should have done better with his chance after just four minutes, but the forward was unable to take the one-on-one opportunity that beckoned had he controlled the ball better.

Stuttgart came to life soon after, sensing they had escaped a certain second goal against the visitors mounted their own attack. Gonzalo Castro’s whipped in free-kick struck the arm of Salif Sane and substitute Gonzalez smashed home the resulting spot-kick on 56 minutes.

Having taken the lead for the first time this season, Schalke now faced a test of character after the equalizer, would Baum’s side capitulate or fight on?

The fixture became frantic and wide open, like a basketball game it was a breathless end to end clash – both teams looking to find the next breakthrough. Kobel and Frederik Rönnow both saved well to keep the scores level as the match edged towards the final 20 minutes.

Rönnow then produced the save of the match with four minutes remaining – his full stretch dive thwarted Castro from 18 yards, the ball looked destined for the top corner of the net had his vital intervention not happened.

Both sides tried their hardest to find a winner, but a draw was the fairest reflection come the end of 90 minutes. 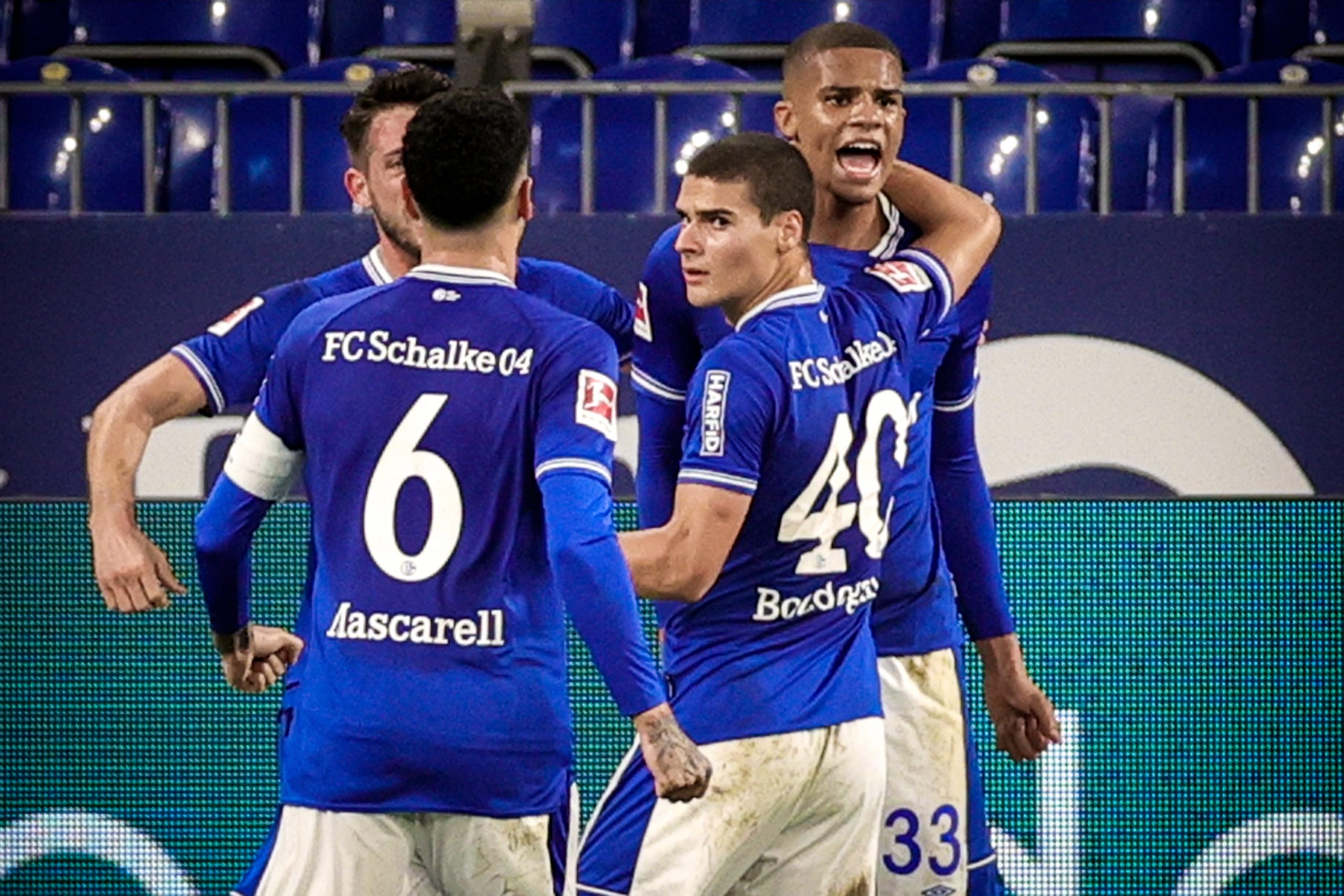 Scoring his first Bundesliga goal in just his sixth game, the teenager set Schalke off on the best possible start. A product of the famed Knappenschmiede, the centre back’s run into space was far beyond his years, as was his stooping finish from a well-timed header.

The Japanese midfielder looked to drive Stuttgart on at any given opportunity. His interceptions in the centre of the park, coupled with his inventive passing, kept the visitors in the game and provided Schalke with a constant threat.

The desire levels shown by Harit were exactly what Schalke needed of late, winning the majority of his midfield duels he looked to push on the attack whenever possible. A substantial increase in performance than seen recently, he looked like the Harit of early last season.