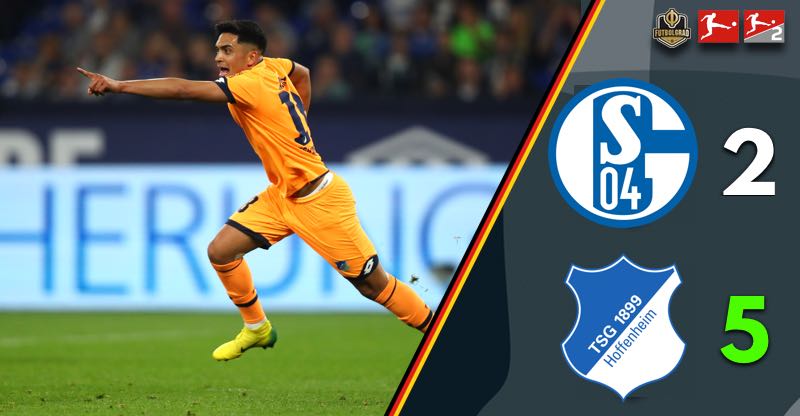 Schalke v Hoffenheim — Hoffenheim humiliated Schalke with a 5-2 win at the Veltins-Arena to further increase the likelihood of European football next season.

Schalke started the match full of positive intentions with Daniel Caligiuri seeing plenty of the ball. Caligiuri saw a free-kick deflected for a corner from which he forced a save from Oliver Baumann.

Grillitsch had the first attempt for Hoffenheim with a shot wide before the hosts regained control. Caligiuri combined with Breel Embolo before Benjamin Hübner earned the first caution of the match for a challenge on Guido Burgstaller.

Burgstaller met Caligiuri’s free-kick but sent an effort wide with the home crowd getting involved. Their enthusiasm was quickly quashed; however, Karem Demirbay shooting over from distance before Hoffenheim took the lead.

Nadiem Amiri found Ishak Belfodil who seemed to stumble as he took the ball past Matija Nastasic, the Algerian striker smashing it past Alexander Nübel who had little chance.

Schalke should have immediately equalised but squandered a golden opportunity. Suat Serdar found space on the right wing and squared the ball to the penalty spot where three unmarked Schalke players were waiting, Burgstaller deciding not to pull the trigger and Embolo seeing a shot blocked in a calamity of errors.

Embolo and Demirbay picked up yellow cards as the match became a tough and physical stop-start affair. Salif Sané intercepted which created a chance for Embolo, but his shot went well wide.

Caligiuri was the next player to earn a caution for a foul on Pavel Kadarabek before Hoffenheim doubled their lead on the stroke of half-time. Demirbay found space between the lines before delivering a perfect pass for Andrej Kramaric who took his time before firing past Nübel.

The second started with Schalke creating another chance from a Caligiuri free kick with the ball cleared off the line by Kevin Vogt. Julian Nagelsmann made his first substitution in the 56thminute as striker Ádám Szalai replaced Hübner.

Embolo was fouled by Amiri with another Caligiuri free kick headed towards the top corner but tipped wide by Baumann. The resulting corner saw a scramble in the box with referee Christian Dingert pointing to the spot with Embolo impeded by Kadarabek.

Caligiuri stepped up and powered it into the roof of the net in front if the Nordkurve to give the home support hope. That hope lasted five minutes as a Belfodil cross hung in the air for Szalai who got between Sané and Caligiuri to head past Nübel into the bottom corner.

Joshua Brenet replaced Nico Schulz in the 79thminute with Schalke looking very frustrated and showing few signs of getting back into the game. Their misery was compounded in the 73rdminute.

Amiri got past Natasic and burst through the middle of the pitch, skipping past a despairing Sané before releasing Kramaric who laid it back to Amiri who finished into an empty net. Amiri couldn’t hide his joy as he raced over to Nagelsmann who shared in the celebrations.

Demiraby released Kramaric who saw his shot blocked, Suat Serdar going close for Schalke with an effort that grazed the outside of the post. Hoffenheim were cruising towards the finish line and almost toying with their prey as Demirbay saw a fierce shot punched away by Nübel.

They would soon make it 5-1 as an Ermin Bicakcic cross found an unmarked Belfodil at the back post, his shot squeezing through Nübel with most of the suffering Schalke support deciding enough was enough.

Amine Harit and Nassim Boujellab replaced Weston McKennie and Omar Mascarell for the hosts as Kasim Adams came on for Kerem Demirbay in Nagelsmann’s final change.

Burgstaller had a great chance to score a consolation goal as he shot way over from close range following Caligiuri’s free kick. Kramaric was fouled by Sané after a fast break, and Schalke would have probably tapped out at that stage.

Burgstaller did manage to score his consolation goal after a clever backheel from Embolo. It was way too little too late, another defeat for Schalke as they limp towards the end of what has been a disastrous season.

Ishak Belfodil got the ball rolling with a fierce strike and was influential throughout. He assisted Szalai for Hoffenheim’s third and scored the fourth goal to make it seven goals in his last four games.

Belfodil is an underrated player that has flourished under Nagelsmann and in Hoffenheim’s system. His movement is exceptional, and he has the vision and skill to interact with his teammates that causes havoc for opposition defences. 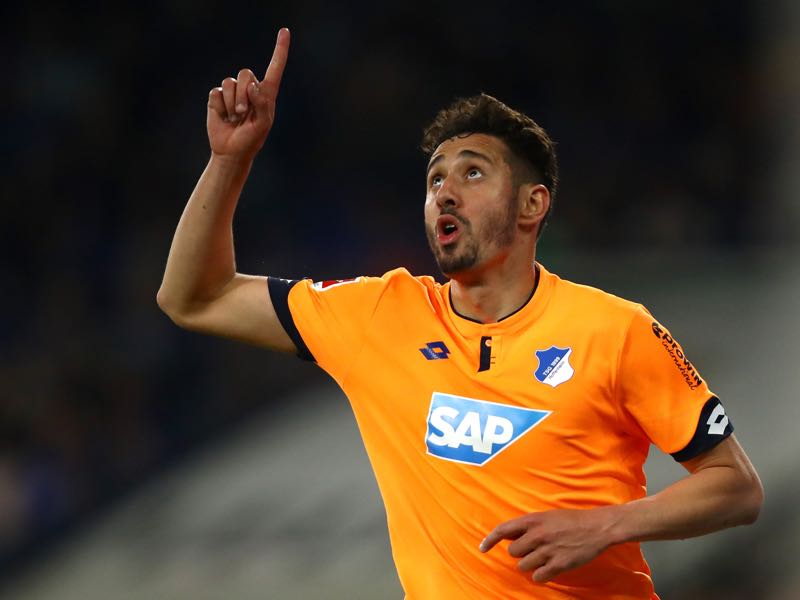 Schalke were a disaster in defence but full credit to Hoffenheim who were far too strong and showed how to play as a team. Four straight wins has Nagelsmann’s side just one point behind Borussia Mönchengladbach in fifth position and two points behind Eintracht Frankfurt who have a game in hand.

Really hard to find any positives for Schalke in a 5-2 home defeat against Hoffenheim. Jonas Carls made his debut but it was another game to forget for the Royal Blues. Nagelsmann's side making another late charge, far too good tonight. pic.twitter.com/saJyRu4iGX

Matthew Marshall is a freelance football journalist. Born in Australia and living in Germany, he is sports mad, but his passion is undoubtedly the beautiful game. Primarily covering the Bundesliga and the Portuguese national team, he follows all the major European domestic leagues intently alongside both UEFA club competitions. A member of the International Sports Press Association (AIPS). Follow Matthew Marshall on Twitter @noobzcorp