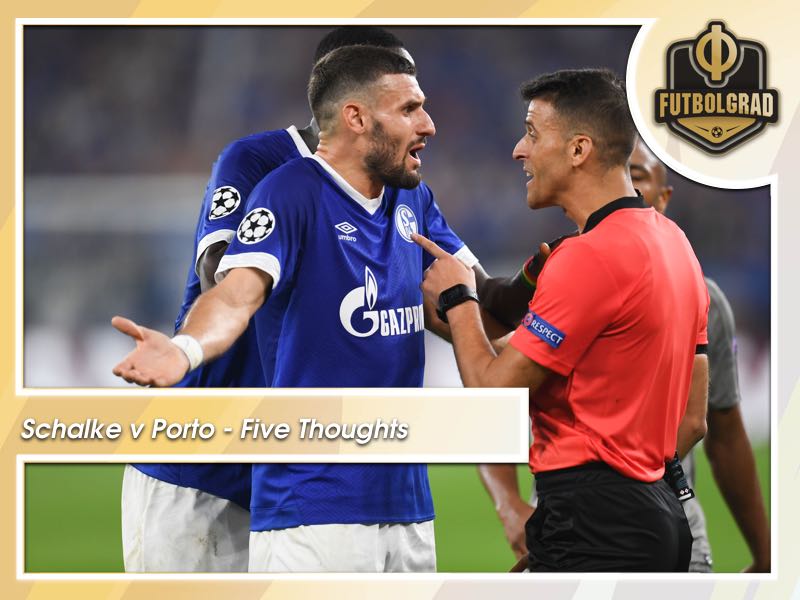 GELSENKIRCHEN – Schalke v Porto ended in a 1-1 draw at the VELTINS-Arena in their opening Group D match in the UEFA Champions League. Ralf Fährmann saved an early Alex Telles penalty with Breel Embolo putting Shalke ahead in the 64th minute. Porto were awarded a second penalty and Otávio sent Fährmann the wrong way with a frantic finish unable to break the deadlock.

Domenico Tedesco adjusted his tactics from the match at Borussia Monchengladbach, starting with an extra central midfielder and sacrificing a forward. Porto’s Otávio was listed as a winger but joined Danilo Pereira and Hector Herrera in central midfield.

The result was a stalemate in the middle of the park with both sides trying to force each other out wide. It was clear that neither team wanted to give each other an inch, and in the end a draw was a fair result despite two controversial penalty decisions going against the home side.

A long Alex Telles throw-in took a deflection and hit Naldo’s arm with referee Jesus Gil Manzano awarding Porto an early penalty. It appeared Naldo’s arm was in a natural position and he had no chance to avoid contact.

Moussa Marega took up the striker position after Vincent Aboubakar’s withdrawal. He was going nowhere at the edge of the 18-yard box and went down with Gil Manzano awarding the visitors their second penalty.

Despite Naldo’s vehement protests, the decision stood and Otávio stepped up to equalise. The home side will feel hard done by and the crowd voiced their anger at the Spanish referee on his way off the pitch.

Tedesco will take it

As mentioned above, both teams packed central midfield and in the circumstances will be pleased with a point. Schalke halted a run of three straight defeats in the Bundesliga and Porto get a point away from home to start their Champions League campaign. 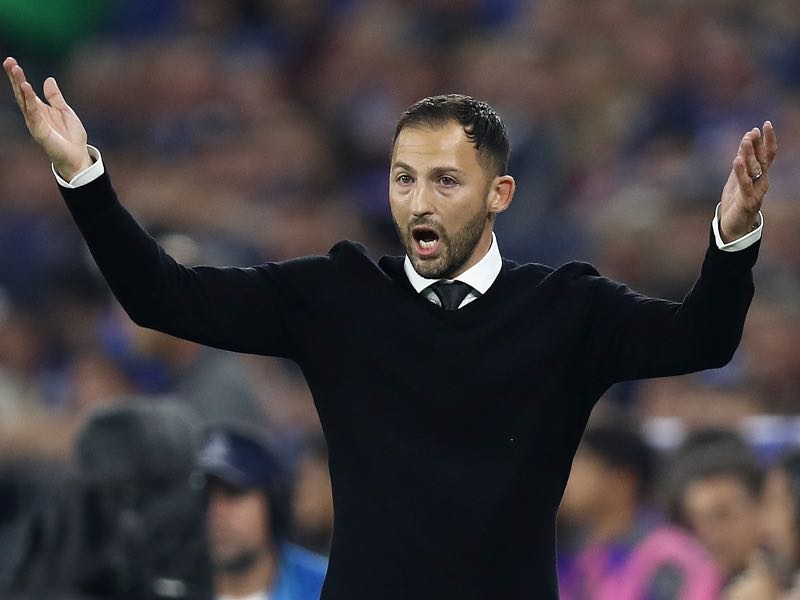 After the match, Domenico Tedesco said: “We are slightly disappointed with this point because I felt we played well tonight. We pressed well, were mentally strong and showed real hunger to win second balls.”

Tedesco gathered his players in a huddle on the pitch after the final whistle to congratulate them on a solid performance. His next job is to prepare his team for the visit of Bundesliga champions Bayern Munich on Saturday and try to avoid starting the season with four straight defeats.

Weston McKennie returned to the starting line-up and had a strong performance in his Champions League debut. Going up against seasoned campaigners in Danilo Pereira and Hector Herrera, the 20-year-old United States international held his own while making forward runs in support of Uth and Embolo.

McKennie was in position to break free and capitalise on a cheap Porto give away, showing composure and vision to square the ball to Embolo as Schalke took the lead. McKennie’s performance may just have convinced Tedesco that he is ready to step up as a permanent fixture in Schalke’s midfield.

Embolo has to start

Breel Embolo smashed in a consolation goal at Borussia Monchengladbach and earned a recall to the starting XI against Porto. He was heavily involved early on and showed good composure to put his side ahead after Iker Casillas charged off his line to close him down. 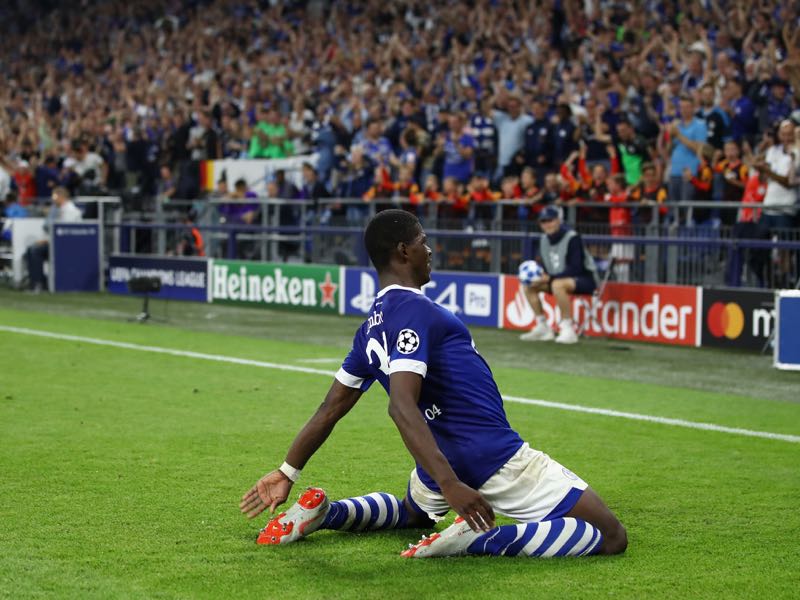 Schalke v Porto – Breel Embolo of FC Schalke 04 celebrates after he scored his sides first goal during the Group D match of the UEFA Champions League between FC Schalke 04 and FC Porto at Veltins-Arena on September 18, 2018 in Gelsenkirchen, Germany. (Photo by Maja Hitij/Bongarts/Getty Images)

Embolo has had a tough time at Schalke since his move from Basel, battling back from serious injury and finding playing time hard to come by. On this evidence, he should be a starter ahead of Guido Burgstaller and Franco Di Santo and be afforded time to develop a partnership with Mark Uth.