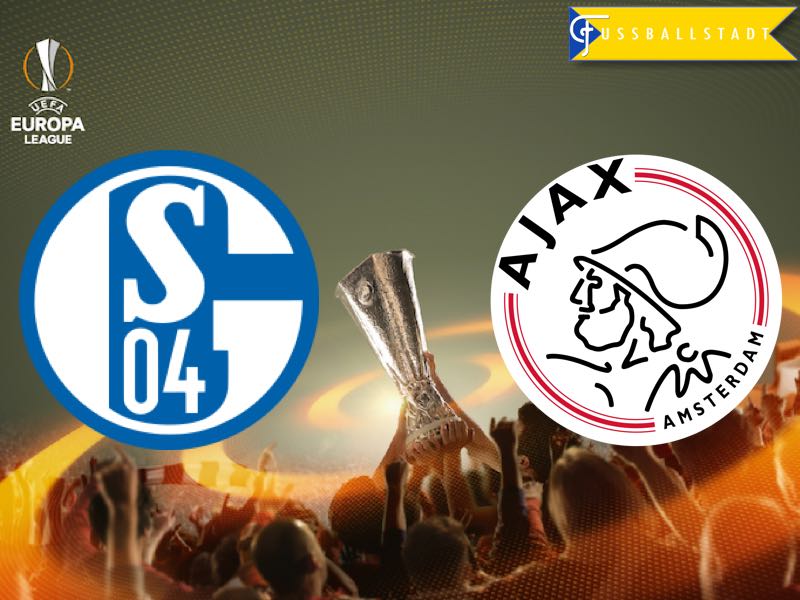 Schalke vs Ajax will take place in the Arena Auf Schalke. (Photo by Alex Grimm/Bongarts/Getty Images)

Schalke 04 will have a mountain to climb when the Europa League quarterfinal tie against Ajax moves to Germany. Die Knappen were dominated in the first leg by Ajax Amsterdam, and it is only thanks to Schalke keeper Ralf Fährmann that the Germans have even a slight chance to advance to the semi-finals.

Ajax, in fact, appeared like a club on a different level last week. In some ways, de Godenzonen played the sort of football that they displayed in their last golden era in the 1990s. Back then Ajax was the future, and their squad, which largely consisted of youth team players, conquered Europe in the 1994-95 season.

In some ways, the current Ajax looks like the Ajax of the 1990s, and it is fitting that one of the club’s key players in the victory over Schalke last week was the son of one of the players who had written a significant chapter in Ajax’s last golden era. Justin Kluivert, the son of Patrick Kluivert, was magnificent, and unplayable for Schalke’s defence.

But he was just one of many young talents who caused problems for Schalke that evening. Ajax, in fact, continued their dominant display on the weekend when they dismantled SC Heerenveen 5-1 at home at the Amsterdam ArenA.

Schalke, in the meantime, embarrassed themselves when they lost 2-1 to relegation candidate Darmstadt on Sunday afternoon. The result against Darmstadt, in particular, shows that Schalke’s defeat to Ajax was more than just a bad evening, but rather part of an overall trend. With this in mind, it is difficult to envision Schalke turning around the result against Ajax this Thursday.

Schalke vs Ajax – Players to look out for:

Schalke’s captain Benedikt Höwedes will be the key player for die Knappen on Thursday. The 29-year-old World Cup winner will have to keep together his defence if Schalke want to have any hope of overcoming the 2-0 deficit sustained at the Amsterdam ArenA. Leading the backline, Höwedes will have to ensure that his squad find a healthy balance between going on the attack, but also not sustaining a crucial away goal, which would end any hope for Schalke reaching the semi-final. 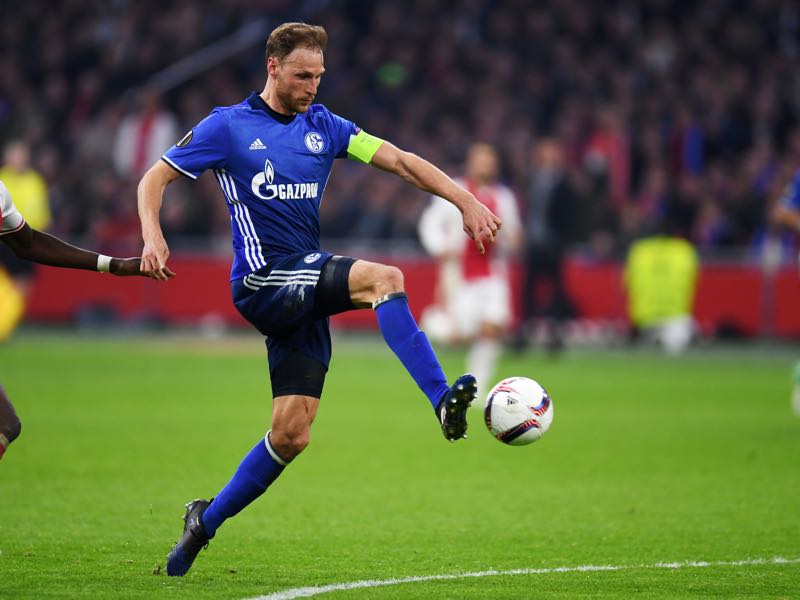 Justin Kluivert’s starting eleven debut in the Europa League against Schalke 04 was followed with great interest by scouts around the world. His name, made famous by his father Patrick Kluivert, who scored 40 goals in 79 games for the Dutch national team, has certainly made its way into the books of any scout present in Ajax’s game against Schalke. Playing on the right wing, Justin Kluivert is a very different type of player from his father. A bit smaller, and more dynamic, Justin Kluivert is a typical winger, who likes to break into the box while moving at top speed. At the same time, the winger hardly ever forgets where he is situated on the pitch, which makes it easy for him to pick out targets for key passes. 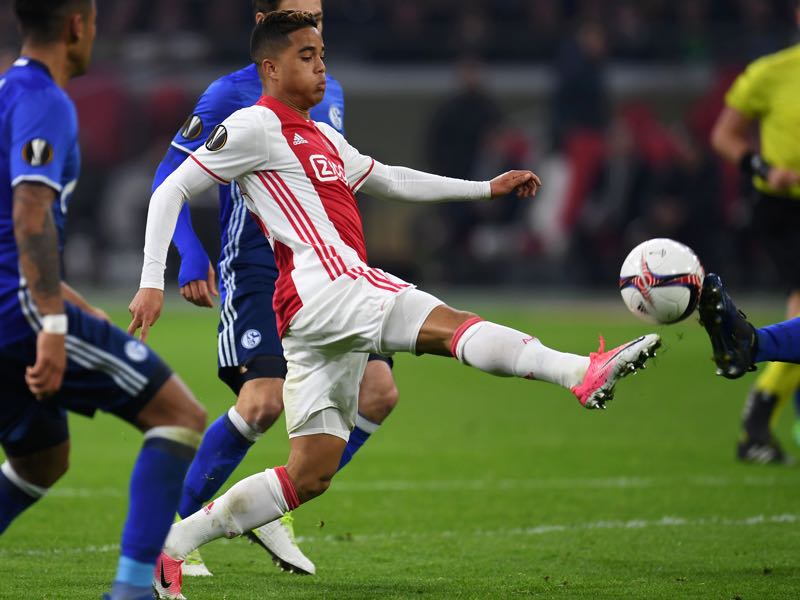 Justin Kluivert will be the player to watch. (PATRIK STOLLARZ/AFP/Getty Images)