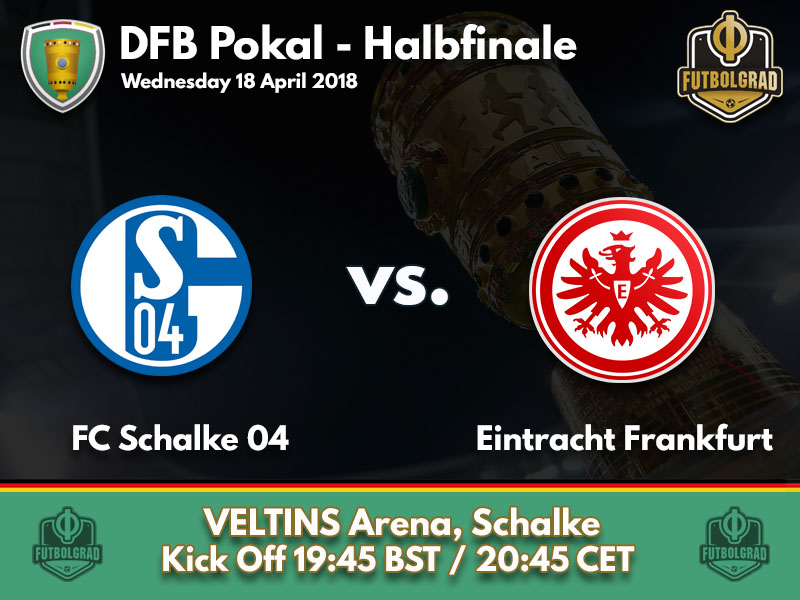 After winning the Revierderby against Borussia Dortmund Schalke will want to carry their positive momentum to the semifinal of the Pokal and advance to Berlin cementing their place as the number one club in the Pott. Eintracht Frankfurt, in the meantime, are coming to terms with the announcement that head coach Niko Kovac will be leaving the club for Bayern in the summer.

For the first time since the 2010/11 season, in which Schalke won the Pokal, Schalke are hosting three home games in a row. It has been a fantastic season overall for die Knappen, who with their win over Dortmund now seem set to qualify for the Champions League next season.

Having eliminated SV Wehen-Wiesbaden, BFC Dynamo, Köln and Wolfsburg Schalke are now just one game away from reaching the final in Berlin. Schalke, however, will have to reach the final without defender Matija Nastasić, who will be out for the rest of the season with an ACL tear. Thilo Kehrer replaced the defender against Dortmund and was excellent in the role.

Frankfurt, in the meantime, will want to overcome the emotional announcement that successful head coach Niko Kovac is going to leave the club for Bayern in the summer. Kovac has guided the club to the final last season where the Eagles were narrowly defeated by Borussia Dortmund.

This season Frankfurt has been excellent for the most of the season and on course for a Champions League qualification spot. Kovac’s announcement to leave the club at the end of the season, however, seems to have impacted his players as his side lost 4-1 to Bayer Leverkusen on Saturday. As a result, Frankfurt have dropped out of the European places altogether all the way to the seventh spot – which could be enough to reach the Europa League should the Pokal winner already have qualified for an international competition.

Kovac’s job will now be to settle the ship quickly if Frankfurt want to stand a chance on Wednesday night in Gelsenkirchen. Schalke, on the other hand, will be the favourites given their current run of form.

Schalke vs Eintracht Frankfurt – Players to look out for:

Guido Burgstaller has been Schalke’s top goal scorer this season. The Austrian forward has managed ten goals and four assists in 28 games and has scored a goal for Schalke every 202 minutes in the league this season. Signed from Nürnberg last winter the 28-year-old Austrian from Villach has not just been Schalke’s most dangerous goalscorer but also an important emotional leader.

Marco Fabian has once again cemented his place in Frankfurt’s starting eleven. Struggling with a prolonged back injury for large parts of the season Fabian was even in danger of being put up for sale at the end of the season. After criticism by head coach Niko Kovac Fabian has finally regained his form and started the last three matches scoring a goal against Bayer Leverkusen on Saturday.