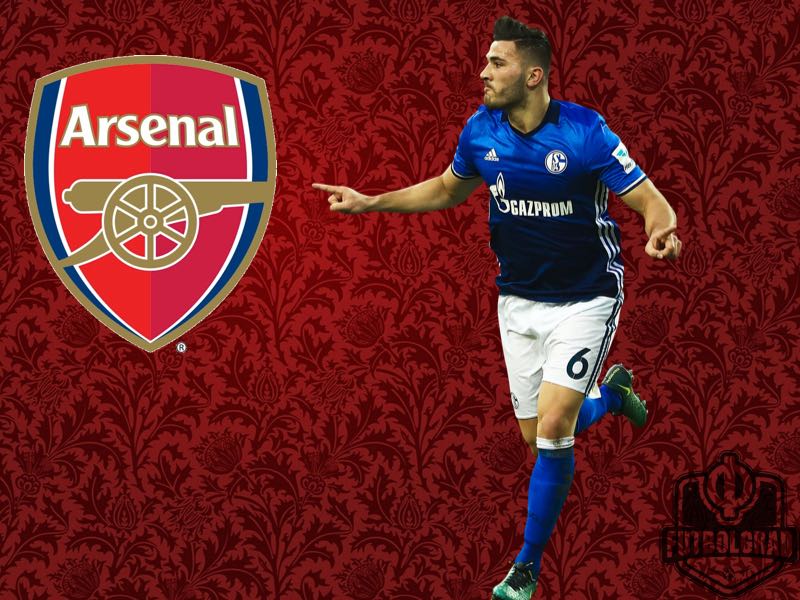 On Tuesday London-based Arsenal and Schalke 04’s left-back, Sead Kolašinac has come to terms on a five-year contract. Kolašinac’s contract will expire at Schalke 04 on July 1, which made it possible for the Bosnian defender to sign a new contract as a free agent elsewhere.

The Bosnian national team player told the German media agency dpa on Tuesday: “I will continue my career in London at FC Arsenal.” He also admitted that it was not an easy decision to leave Schalke at the end. “I have been torn for months now. But now I have decided and you, the fans, have the right to hear it from me first.” Kolašinac later also posted an open letter on Facebook in which he explained his decision to Schalke fans and then posted an image of himself in an Arsenal shirt on Twitter.

It has been the latest blow for Schalke 04 in recent days. The club recently had to deal with the fallout created by Ukrainian winger Yevhen Konoplyanka who called head coach Markus Weinzierl a coward on Ukrainian television. “Markus Weinzierl won’t remain coach of the club otherwise they will be relegated to the second league.”

Signed on loan from Sevilla Konoplyanka’s deal was made permanent for €12.5 million in May due to a force to buy clause that Sevilla had included in the deal. It now appears that Konoplyanka will be on his way out of the club this summer. Sport director Christian Heidel, who has already announced that the Ukrainian will have to pay a fine for his statements, believes that there will be a strong market for the winger.

Konoplyanka, however, will not be the only player who is currently trying to leave the club. Super talent Max Meyer also announced on Tuesday that he will not extend his contract, which expires in July 2018, and that he will be leaving Schalke. Like Konoplyanka Meyer voiced unhappiness, and lack of trust, towards head coach Markus Weinzierl.

As a result, Konoplyanka and Meyer will likely be sold this summer and Schalke will need the money to compensate the departure of Kolašinac. The departure of the Bosnian to Arsenal, however, indicates that there are major problems at Schalke at the moment. The left-back came through Schalke’s prolific youth academy and strongly identified himself with the club.

At the one hand, Arsenal presented a good opportunity for Kolašinac. The left-back is well suited for Premier League football. Strong and always committed the defender can carry a team through his do-or-die attitude. His performance in the derby against Borussia Dortmund in the Hinrunde this season was exemplary for this. Schalke fans will never forget his last minute tackle against Christian Pulisic in Schalke’s 0-0 tie against die Schwarzgelben. 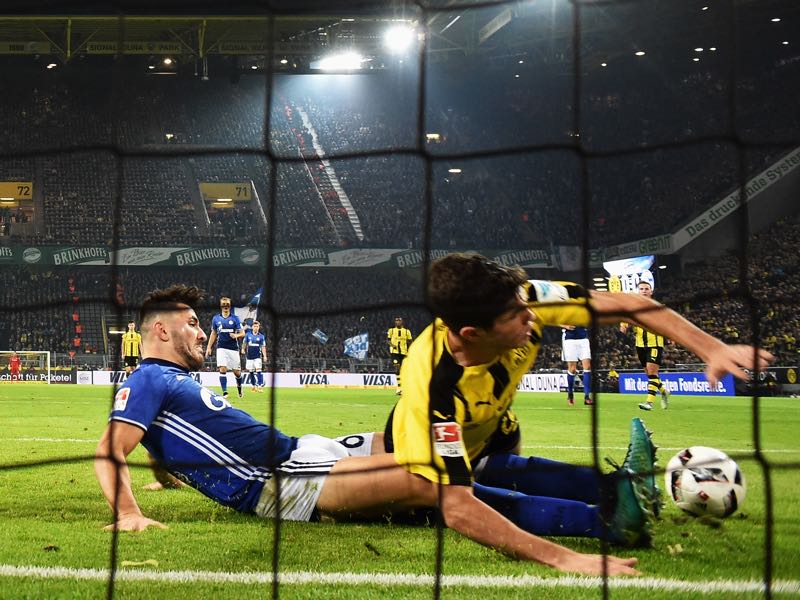 Sead Kolašinac with his last minute clearance in the derby against Borussia Dortmund. (Photo by Stuart Franklin/Bongarts/Getty Images)

His departure will, therefore, create a major hole in Schalke’s squad, which will be hard to fill both on and off the pitch. Arsenal fans in the meantime can be excited about having landed one of the strongest left-backs the Bundesliga has to offer at the moment.

Strong both in defence and offence Kolašinac has contributed three goals and five assists in 25 Bundesliga games this season. Furthermore, despite being just 23-years-old Kolašinac already brings an abundance of experience. The defender has played 123 games for Schalke. Furthermore, Schalke, before this season, were consistently playing in either the Champions League, or Europa League, and Kolašinac has therefore already collected valuable first team experience on the international stage.

Hence, Kolašinac should be more than capable of stepping right into English Premier League football. Meanwhile, at Schalke, they will be wondering what went wrong this season and whether the management can afford to hang on to head coach Markus Weinzierl, who in one way or another seems to have lost control over the dressing room.