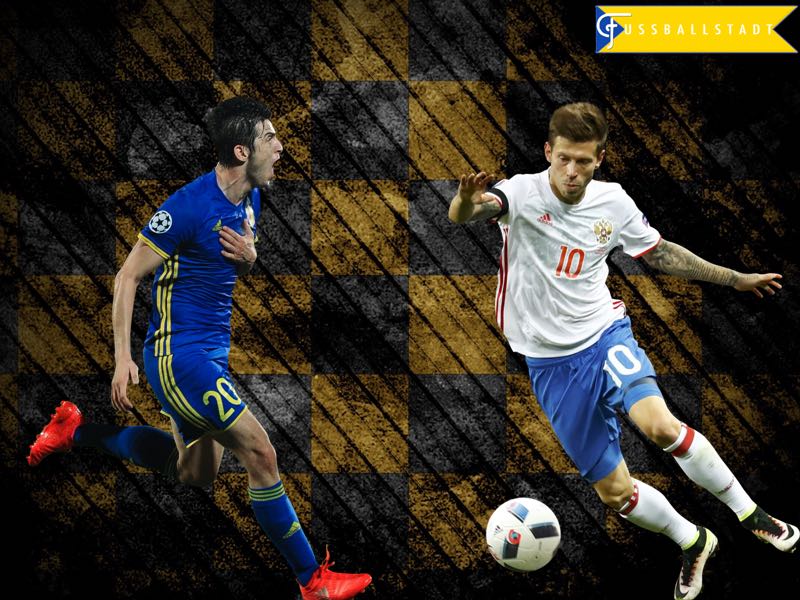 In my capacity as the Editor-in-Chief of Futbolgrad.com, I have close connections to Russia and have followed both stories quite closely. Despite reports that delegations from Borussia Dortmund have spoken with Smolov’s club, Krasnodar, and Azmoun’s club, FC Rostov, I would judge that both these moves are still in the early stages.

Borussia Dortmund – Do they need another forward?

While following this story I have been asked whether Dortmund need another attacking player. The club had invested heavily in bringing in attacking options during the summer by signing Mario Götze, André Schürrle, Ousmane Dembélé, and Emre Mor.

Furthermore, Dortmund also seem to have problems and, therefore, should rather focus on bringing in another defender. In the summer, Dortmund will likely sign Ömer Toprak from Bayer Leverkusen, which will greatly help them in defence.

Mario Götze has never managed to fulfil the role as a forward properly – Image by Michael Kranewitter, Wikimedia Commons, CC-by-sa 4.0

Up front, however, none of the above-mentioned players, however, is a natural forward, a striker, who can score 15 to 20 goals when given a first team role. We all have seen the experiment with Mario Götze as a number nine for the German national team during the European Championships and also in several friendly games of die Nationalmannschaft, which has shown that Götze is not consistent enough as a striker and, in fact, is better suited to play as a playmaker.

Emre Mor could also play that role up front, but the 18-year-old Turkish attacking midfielder seems to be better suited on either wing, or as a false nine in a two-forward setup. This means that, in fact, Dortmund are just left with two natural forwards—Pierre-Emerick Aubameyang and Adrián Ramos.

There have been repeated rumours, however, that Ramos could be on the move to the Chinese Super League this winter. Given the fact that the CSL operates on a spring to fall schedule, the winter transfer window is when Chinese clubs tend to make their biggest investments. This means that a big money offer for Ramos could be made at any point between January 1 and early March—when the window in China closes.

With Ramos gone, Aubameyang would be the only true forward left in Dortmund’s squad. But the Gabonese forward will represent his country, when Gabon hosts the Africa Cup of Nations in 2017 between January 14, and February 5. Yes, Aubameyang would only miss between 2 and 3 games—depending on how far Gabon goes in the tournament—but it also means that Dortmund’s head coach, Thomas Tuchel, will have to make do without Aubameyang in the winter preparations.

What happens if Aubameyang gets hurt?

The extra games will also put a significant strain on Aubameyang’s playing calendar this year, which will be packed full with Bundesliga, DFB Cup, and Champions League matches. Finally, what happens if Aubameyang goes down with an injury?

In that case, the club would be left with just Ramos—if he does not leave the club—Götze, who does not like to play the position, and Marco Reus, who in the past has played the position, but is also injury prone. Hence, it makes sense that Borussia Dortmund are looking at further attacking options, and that they have already reached out to Rostov, and Krasnodar to enquire about the possibility of bringing in either Azmoun or Smolov.

Now when it comes to choosing between the two forwards I personally believe that Fedor Smolov would be the better candidate for Borussia Dortmund.

Smolov or Azmoun – Who would suit Borussia Dortmund better?

Smolov is now 26-years-old, and has shown, in the last two seasons in particular, that he has developed a maturity that could be a valuable asset for a major club. The Russian forward also has a proven goal scoring track record for last season, both in the Russian Football Premier League, where he won the scoring race with 20 goals this season, and once again leads the race with 10 goals scored in just 12 games, as well as in the Europa League where he scored twice in two games this season.

Furthermore, as Andrew Flint pointed out in the recent World Football Index Futbolgrad Podcast, Smolov is a very intelligent player—a key requirement for everyone who wants to succeed in Thomas Tuchel’s world. As I pointed out in On the Yellow Wall, another factor is his tactical versatility, as Smolov can play not only on the wing as a single forward, but also in a two forward system. 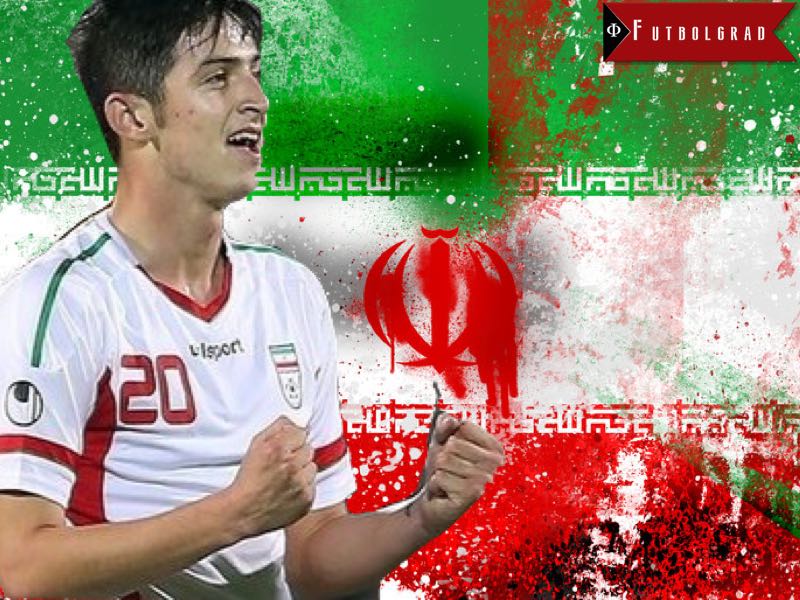 Sardar Azmoun has been linked with a move to Borussia Dortmund – For more on the Iranian forward click on the image.

Tactical intelligence, and an ability to play several positions are also qualities that would make Azmoun a perfect fit for Borussia Dortmund. The Iranian forward was heavily linked with a move to Liverpool FC just a few weeks ago and, as a result, we spoke about a potential move of Azmoun to England at great length on Episode 1 of the Fubolgrad Podcast.

Azmoun has been outstanding this season, especially in the UEFA Champions League where he scored against both Atlético Madrid, and Bayern München. The game against Bayern, in particular, stood out, as Azmoun was one of the key players in Rostov’s surprise victory against the Bavarians.

But, both Andrew and I expressed in the Podcast, our belief that Azmoun is not yet ready to make the move away from the Russian Football Premier League. Furthermore, his goal scoring rate in the RFPL—9 goals in 24 games last season, and just two goals in 14 games this season—makes me think that he does not have the calibre to replace the likes of Pierre-Emerick Aubameyang, or even Adrián Ramos up front.

Smolov, on the other hand, has a built-in goal scoring guarantee, and, therefore, would be not only a useful signing for Dortmund in the near future, but also a sensible one for some time to come.