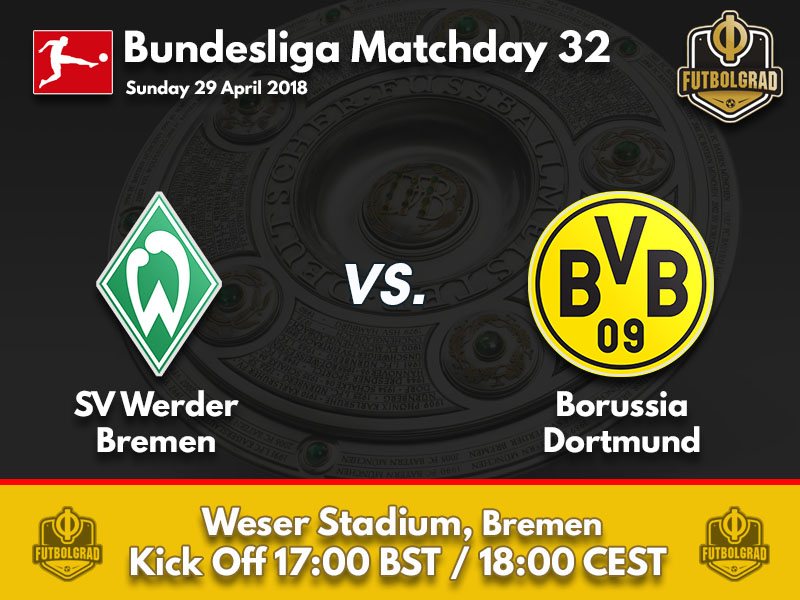 Dortmund’s race to catch second-placed Schalke 04 continues. After throwing a 4-0 lead in November and then losing the return match 2-0 in Gelsenkirchen only finishing ahead of their biggest rivals could salvage the season somewhat.

Last week’s 4-0 victory against Leverkusen was a first step towards achieving that goal. At the same time the Yellow Wall, as the massive south stand in the SIGNAL IDUNA PARK is called, did not absolve Dortmund’s players quite yet. The fans booed and whistled their players sending them packing to the dressing room instead of celebrating the victory.

The message is clear. Champions League football will not be enough. The fans want second place. Dortmund will have to achieve that second place without star striker Michy Batshuayi, who will miss the rest of the season with a leg injury. In his stead head coach Peter Stöger has played Maximilian Philipp as a number 9.

It was a move that worked wonders against Leverkusen. Philipp is a flexible attacking midfielder, and he often swapped positions with other players. As a result, Dortmund were less predictable playing the sort of football that made them famous under Thomas Tuchel and Jürgen Klopp.

Whether they will get the three points, however, will mostly depend on Dortmund. BVB have been inconsistent for most of the season. A similar performance as against Leverkusen would sink Werder and given what is at stake for the Yellow and Blacks anything but a top performance would be a surprise.

Werder Bremen vs Dortmund – Players to look out for:

With six goals and eight assists, Max Kruse is once again one of Werder’s key players this season. The 30-year-old forward is Werder’s top goal scorer but is not just defined by the goals he scores for the North Germans. A fascinating character Kruse is also a professional poker player and Nutella connoisseur, two trades that have cost him his place in the German national team. But while Bundestrainer Joachim Löw is not the biggest Kruse fan, Werder fans love the player for his genius moments on the field despite the extra Nutella kilos that he is carrying on the pitch.

Jadon Sancho had his breakout performance against Bayer Leverkusen on matchday 31. The Englishman scored the opener and then was involved in two more Borussia Dortmund goals. Favourably compared to a young Mario Götze Sancho the 18-year-old London native has now featured in nine Bundesliga matches for Dortmund this season – justifying his move away from Manchester City last summer.

Jadon Sancho was the player of the match against Leverkusen. (PATRIK STOLLARZ/AFP/Getty Images)