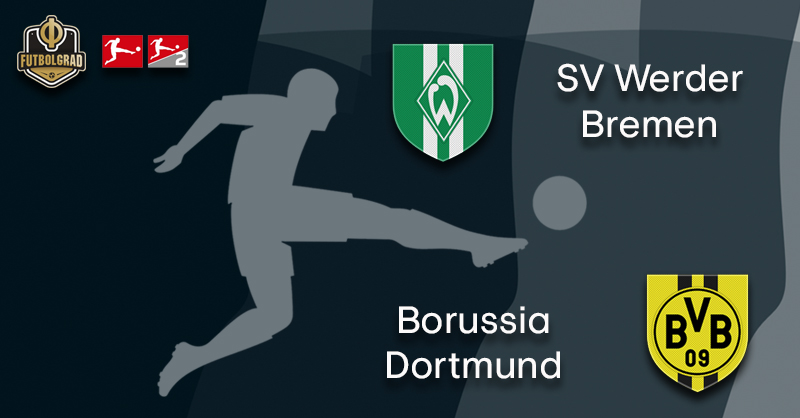 Werder and Borussia Dortmund look to rebound from bad results

The 1-4 defeat to Fortuna Düsseldorf shook Werder’s fans, players and coaching staff. Instead of one point to the European places, Werder are now four points behind Hoffenheim in ninth place.

At the same time, Werder do not want to give up their dream to qualify for Europe. “We have spoken with the leaders in the team and are now working towards our goal. That goal remains Europe,” Florian Kohfeldt said this week. “I haven’t thought for a second about giving up on this season,” the head coach added.

“We believed in this all season, and we are not thinking about taking it easy for the rest of the season,” Maximilian Eggestein added. Hence, against Dortmund Werder want to go for the full three points in the hope to close the gap once again to the top seven.

One aspect that could help Werder is that Borussia Dortmund will be without superstar Marco Reus. The BVB captain saw a straight red card in the Revierderby last week and will be out for the next two games. “I admire him and the way he plays. He is a great character, and they will miss him,” Kohfeldt pointed out.

Replacing Marco Reus will be indeed the most difficult task for head coach Lucien Favre. The Borussia bench boss had all but given up the German championship after losing the Revierderby as well as Marius Wolf and Marco Reus due to red card suspensions last Saturday. But then Bayern failed to win in Nürnberg keeping the race for the title wide open.

“Now everything is possible,” Favre pointed out this week. “It wasn’t planned that Bayern draw Nürnberg,” he added. “It is out duty to do everything for the title,” sporting director Michael Zorc added.

The big question in Dortmund this week was, however, how to compensate for Wolf’s and Reus’ absence. Captain Reus, in particular, will be missed and for him, Mario Götze could move from the number 9 position to play as a classical number 10.

Meanwhile, American Christian Pulisic could be brought on to compensate for the lack of tempo that comes with Reus, not in the starting XI. Finally, Paco Alcacer will be asked to play better than it was the case against Schalke.

Another question mark is behind Lukasz Piszczek’s fitness. The right-back trained this week and could come in to replace Wolf. But whether he will start remains to be seen. One thing is certain Dortmund cannot afford another poor performance this season if they want to keep their title hopes alive and with Werder somewhat struggling in the final stage of the season are favourites to win the game.

Werder vs Borussia Dortmund – Players to look out for:

Will he stay or will he go? Max Kruse is currently tempted to try out something new for one last time in his career. Losing him would be a big blow for Werder Bremen. The false-number nine has scored 11 goals and ten assists in 31 games this season and leads Werder’s scoring charts. “Max wants to wait and see whether a top club wants to sign him,” Werder sporting director Frank Baumann told the media this week. Kruse will be a free agent this summer and should he continue to impress might catch the interests of the likes of Roma, Tottenham and Borussia Dortmund, who have both tracked his progress. In many ways, it depends on Kruse’s end of the season. The forward was already considering a transfer last season but a poor finish to the season meant that no offer came in. Hence Kruse will have to impress against Dortmund on Saturday to keep his options open.

It has not been an ideal season for Christian Pulisic. With Marco Reus fully fit and Jadon Sancho’s incredible season the USMNT’s player was mostly a bench player under Favre and his transfer to Chelsea for €63 million at the end of the season almost looks like an escape at this point. At the same time, Dortmund were adamant that they wanted to hang on to the winger for the rest of the season in case they needed a backup. That is now the case with Marco Reus missing the next two games. In fact, this might be Pulisic’s best chance to make an impact this year and perhaps leave Dortmund as a German champion.