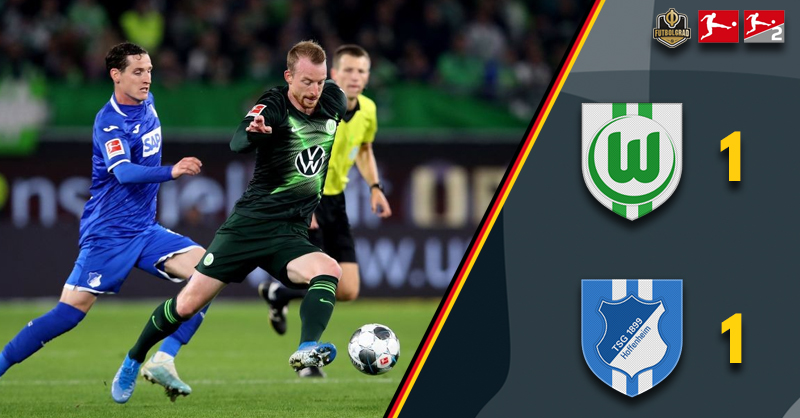 Hoffenheim hold Wolfsburg to 1-1 draw at the Volkswagen Arena

It was a quick start for Hoffenheim. Pavel Kaderbarek won a header of the box, the ball fell to Sebastian Rudy and his curved ball beat goalkeeper Pavao Pervan to give Hoffenheim the lead in the sixth minute. Hoffenheim were the better of the two sides during the opening stages of the first half and Ihlas Bebou broke away in the 20th minute, his low drive, however, was stopped by Pervan. Wolfsburg finally had their first true chance of the game in the 34th minute when William tested Oliver Baumann with a drive from outside the box. Just one minute later it was 1-1. Admir Mehmedi broke through on the left and his hammer of a shot beat Baumann at the short corner in the 36th minute.

The teams kicked off the second 45 minutes even at 1-1. Hoffenheim were the better of the two sides to start the second half and created the better opportunities, but it was Wolfsburg that were the better side and they led with 11-4 in shots at one point. Wolfsburg’s biggest problem at this stage? Whenever they did break forward their opportunities were waved off by the offside flag and had two goals denied. Hoffenheim then could have won it in the 88th minute. Sargis Adamyan escaped Wolfsburg’s defence but Baumann stood tall to deny the Armenian national team player in the one-v-one situation. The Armenian then missed another glorious opportunity in extra-time. It simply was not meant to be as the two teams split points in Wolfsburg. 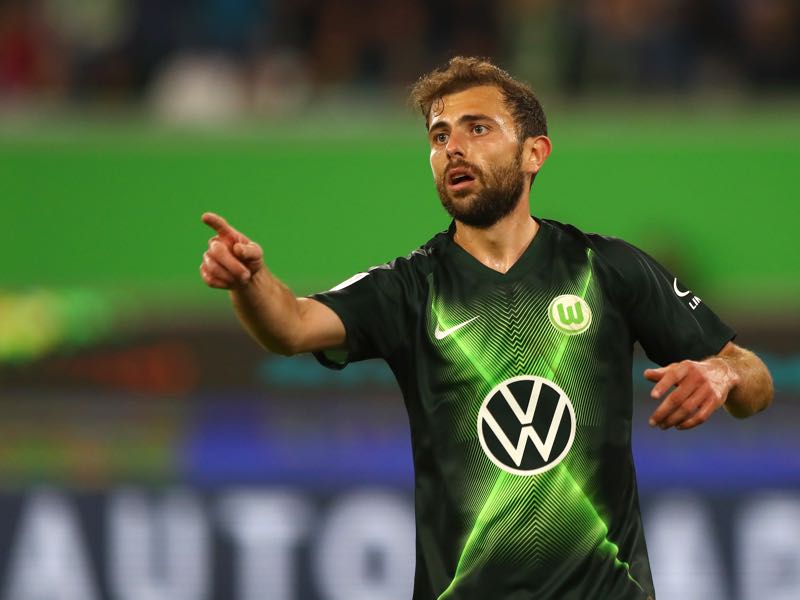 Florian Grillitsch was everywhere on the pitch on Monday. The Austrian midfielder completed 87.9% of his passes and had 87 touches overall. He also won nine out of his 12 duels and three out of his three dribble attempts.

Admir Mehmedi’s blast secured Wolfsburg one point against Hoffenheim. The Swiss forward was always dangerous on the right-flank throughout the first half. Then during the second half he somewhat dropped off and was eventually substituted. On balance a good game for winger that could have been even better had he followed through on his first 45 minutes.

Sebastian Rudy opened the scoring with a beautiful goal in the sixth minute. Playing in a forward role behind the attackers Rudy was almost like a number 10 today. That allowed him to come forward and exploit the half-space to score what might surely be a contestant for the goal of the month. On balance, however, his performance, like everyone elses on both teams, dropped off significantly in the second half.

Wolfsburg had a brilliant start to the new Bundesliga season. Still unbeaten Wolfsburg, however, also have drawn in the last three games. There have been glimpses throughout the first five games of the season on the potential of this Wolfsburg side under new head coach Oliver Glasner. But the Wolves have to be more effective going forward.

As for Hoffenheim, head coach Alfred Schreuder, on balance will be happy with the result. But just one win and two draws out of the first five games highlights that Die Kraichgauer are a far cry from the team they were under former head coach Julian Nagelsmann.