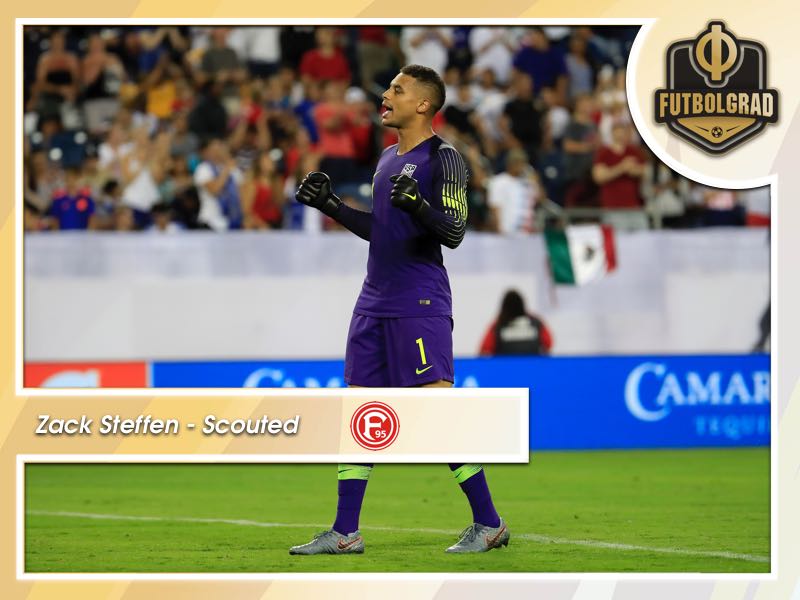 When Zack Steffen was signed by Manchester City last December, it was always likely that the 24-year-old goalkeeper would be sent straight out on loan. Hence, with the transfer window now open in Europe a deal was concluded ahead of the Gold Cup that will send Steffen to Germany where he will join Fortuna Düsseldorf.

Fortuna Düsseldorf sporting director Lutz Pfannenstiel concluded the transfer ahead of this summer’s Gold Cup. Probably, a good thing too given that Zach Steffen was outstanding at the tournament.

“I am looking forward to returning to Germany and play for such a traditional club,” Zack Steffen said after his transfer was made official on July 9.

“Zack Steffen is a modern goalkeeper, who got everything,” Pfannenstiel added in the club’s official press release. “Technically, he is very well schooled and is good in one-v-one situations as well as a good football player. After all, Manchester City had some good reasons to sign Zack Steffen to a long-term deal.

The 24-year-old goalkeeper had indeed come off a strong season when ManCity signed him in December. Furthermore, the former SC Freiburg keeper continued his form from the 2018 and 2019 MLS seasons. Heading into May Zack Steffen was without competition in MLS in terms of being the best goalkeeper with 4.6 saves per goal and an average of 3.29 saves per match.

At the Gold Cup, he then demonstrated his ability to play the ball well out of the back. In fact, throughout the tournament the native of Coatesville, Pennsylvania showed that he has improved on his decision making when it comes to exiting his area and commanding his box. 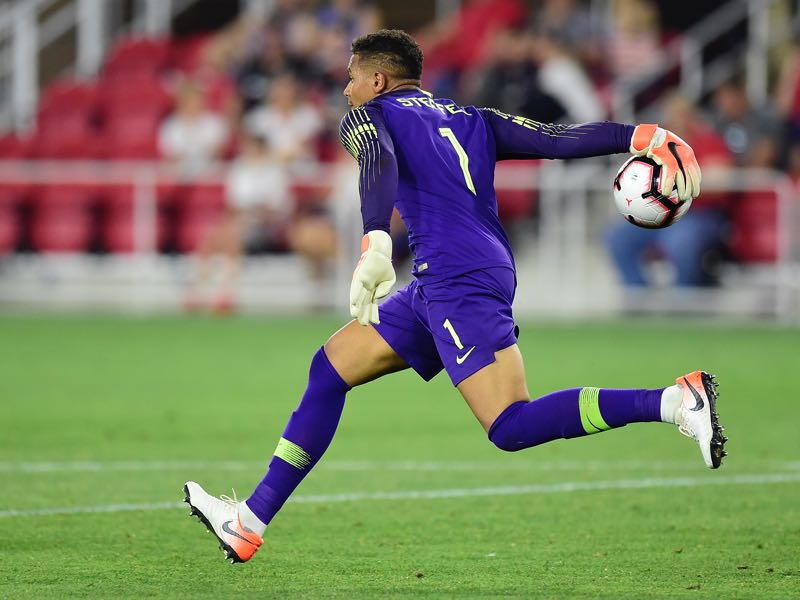 Zack Steffen #1 of the United States throws the ball in the second half against Jamaica during an International Friendly at Audi Field on June 5, 2019 in Washington, DC. (Photo by Patrick McDermott/Getty Images)

The undisputed number 1 for both Columbus Crew and the United States the next step will be to make the transition to Europe. That transition is supposed to start at Fortuna Düsseldorf where he is not necessarily going to be the number 1 keeper going into the season.

Fortuna Düsseldorf were backstopped by former Bayern München goalkeeper Michael Rensing last season. The 35-year-old was once considered the natural successor to Oliver Kahn at Bayern but never truly fulfilled his potential. That said Rensing played 32 out of 34 games for Fortuna Düsseldorf last season and despite the occasional mistake was part of a side that surprised many in Germany by never being threatened with relegation throughout the season.

Nonetheless, with 65 goals conceded Fortuna were fifth from the bottom. Only Nürnberg (68), Stuttgart (70), Hannover and Augsburg (both 71) conceded more goals. Of those four teams, Nürnberg and Hannover were directly relegated, and Stuttgart lost the relegation/promotion playoffs to Union Berlin.

Hence, Fortuna wanted to sign a goalkeeper that could push Rensing for the number 1 position. The idea is simple either Rensing, thanks to increased competition, improves his performance or Zack Steffen walks in to take the number 1 to help stabilise the backline.

Over the last calendar year, both players played a similar amount of games. Steffen featured in 35 games and Rensing in 33. During that timeframe, Steffen conceded 46 goals (1.21 per 90 minutes) and Rensing 63 (1.82 per 90 minutes). In that regard, Steffen outperformed Rensing, although while Rensing played in a top 5 European league Steffen’s numbers were achieved in MLS.

When it comes to expected goals conceded (xCG), both keepers have underperformed. Steffen’s xCG per 90 was 1.01 and Rensing’s 1.56. However, Rensing conceded more often than he should have in comparison to Steffen but at the same time also faced more shots (5.11 per 90) to his new teammate (3.74 per 90).

Those numbers have to be taken with a grain of salt, however. Rensing backstopped a side that outperformed expectations in one of the best leagues in the world. Meanwhile, Steffen’s numbers are the result of playing in MLS, which, although improving, still lacks behind Europe’s elite leagues.

Hence, Steffen will have to show that he can be a starter in a top competition like the Bundesliga. Meanwhile, for Rensing Steffen’s arrival will provide a serious threat to his status as the club’s number 1.