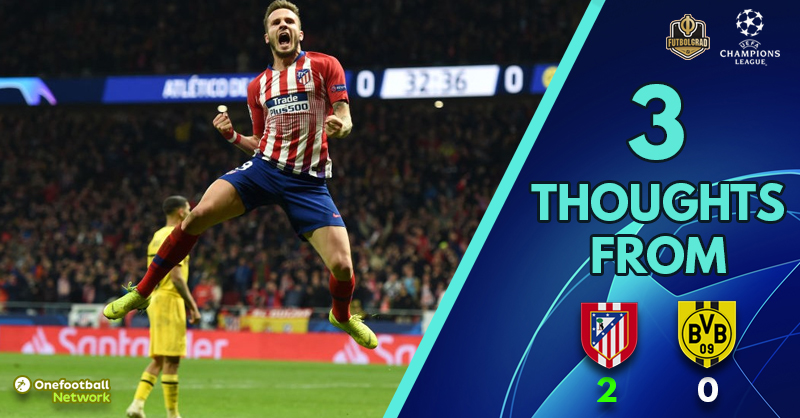 It has finally happened! Atletico vs Dortmund produced the first defeat for the Black and Yellows. Lucien Favre’s men had much of the possession at the Estadio Metropolitano but could not find a way through a well organised Atletico Madrid side.

Here are our three thoughts from Atletico vs Dortmund:

“Atlético were really really good in defence and were very dangerous whenever they won the ball back. We lost the ball too often, and they were really quick to counter,” Lucien Favre told the media after the match.

In some respects, it was a reverse of what happened in the first match. Diego Simeone managed to shut down Dortmund’s attacking channels and had his side play quick attacking football when going forward. “They were really tight and compact. We failed to find those balls between the lines,” Favre.

“We found ourselves in several dangerous situations. In games like this, you have to play with patience, you can’t go giving the ball away unnecessarily and you absolutely have to avoid giving the other team counter-attacking opportunities,” Favre added. 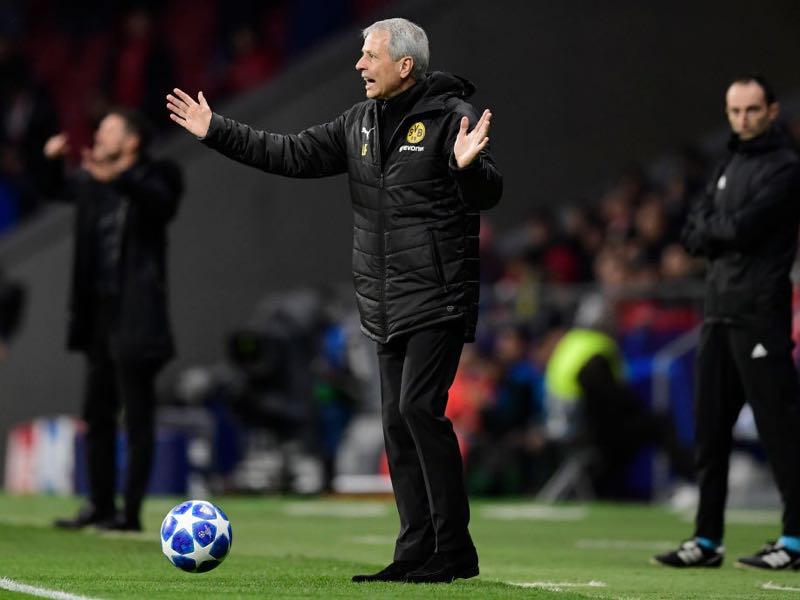 At the end of the day, that first defeat was always going to happen. Dortmund went into the match undefeated in 15 games under Lucien Favre. “Today ended in a defeat, it can happen: at the end of the day it’s just a game of football,” Favre said with his typical smile.

“After we conceded it was as if our game lost all its edge, we were no longer in control, and we lost our way. It wasn’t our best game, it’s our first defeat, and it was deserved in the end,” Reus admitted.

The Borussia captain is spot on with his assessment. Dortmund were playing like a boxer on the verge of being knocked out after conceding as Atletico produced four clear-cut chances just before halftime.

In the second half, Dortmund produced just one chance. “If we’d managed to score in the 65′ minute then maybe the game would have turned out differently,” Mario Götze suggested after the match. In the last few weeks, Dortmund had always found a way to get back into a game but tonight at the Metropolitano that fleeting moment in which the Yellow and Blacks could have gotten back into the game failed to materialize as Raphaël Guerreiro’s header from just a few yards failed to hit the target.

“We have to play with more control and more focus, if we do so, we won’t lose games like this. Now we have to pick ourselves up for Saturday when it all gets underway again,” Marco Reus said.

It’s a really full on week what with Atlético and Bayern. As much as we would have loved to have got points on the board here, we can be proud of everything we’ve achieved up till now. We win, and we lose together. Saturday is a whole new match,” Mario Götze added. 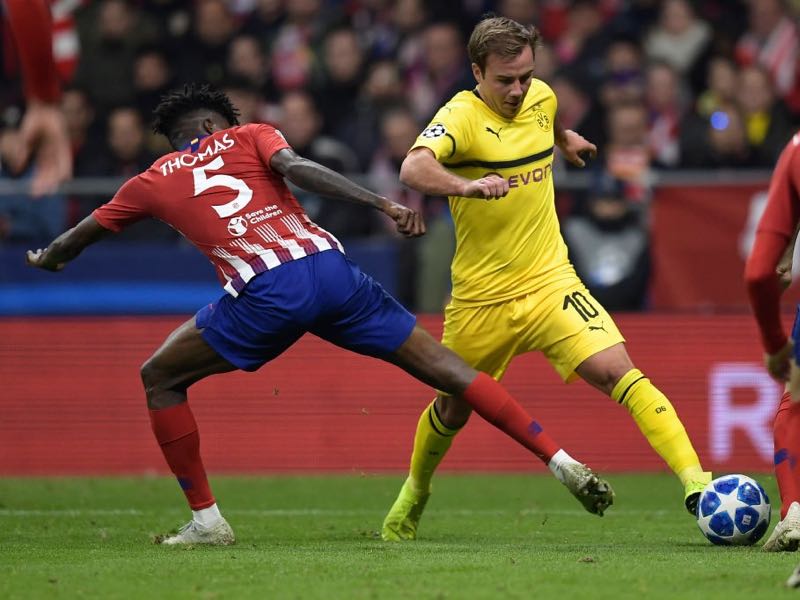 Dortmund will be facing Bayern München on Saturday at home at the SIGNAL IDUNA Park. With a win, the Black and Yellows will be seven points ahead of their biggest rivals for this year’s Bundesliga title.

Bayern have been struggling all season and will be the underdogs going into the game, but Bayern head coach Niko Kovac has shown with his former club Eintracht Frankfurt that that sort of role suits him.

At Frankfurt, his tactics were, in fact, at times compared with Atletico Madrid. If Kovac manages to encapsulate Atletico’s performance from tonight and get his players to play a tight defensive game based on counter-attacking football Dortmund could find themselves with some major problems.

Hence, it will be important for Lucien Favre to draw the lessons from this one quickly and reset his tactical approach for Saturday’s game.

Loading...
Newer Post
Leverkusen and Zürich are looking for consistency when they face each other in the Europa League
Older Post
Dynamo Kyiv vs Stade Rennes – Europa League – Preview