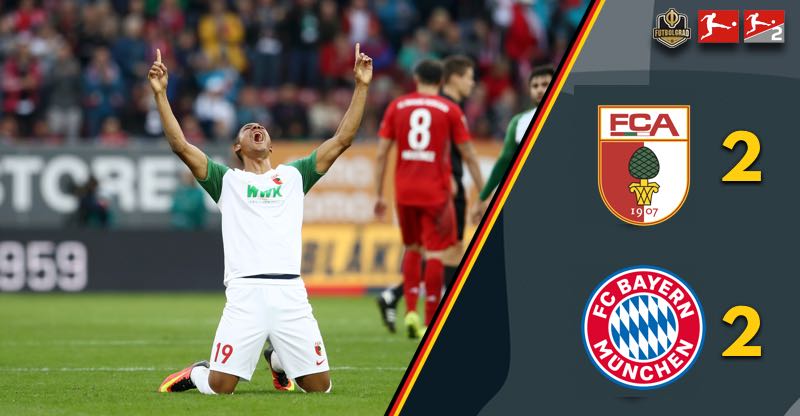 Augsburg took the lead with the first shot of the game. Marco Richter combined well with Rani Khedira inside the box and beat Manuel Neuer with a volley from eight yards out. Bayern took some time to recover, especially after they lost Niklas Süle in what appeared a serious injury. But in the 15th minute, Robert Lewandowski scored his 12th goal of the season with a header that slipped through Tomas Koubek’s fingers. Bayern somewhat struggled to produce more chances until the 39th minute when Serge Gnabry hit the post.

Three minutes into the second half, Bayern were upfront thanks to a beautifully curled strike from outside the box by Gnabry. Bayern kept up the pressure, and Philippe Coutinho should have doubled the lead in the 52nd minute, but this time, Koubek was up to the task and kept the ball out. Bayern were in complete control but failed to see the game off, with Thomas Müller missing a glorious opportunity in the 90th minute. As a result, Augsburg were still in it as extra-time approached, and the Fuggerstädter made the most of the situation. Sergio Cordova broke through on the right, brought a low cross to the centre where Alfred Finnbogason tapped the ball across the line to secure one point for his side. 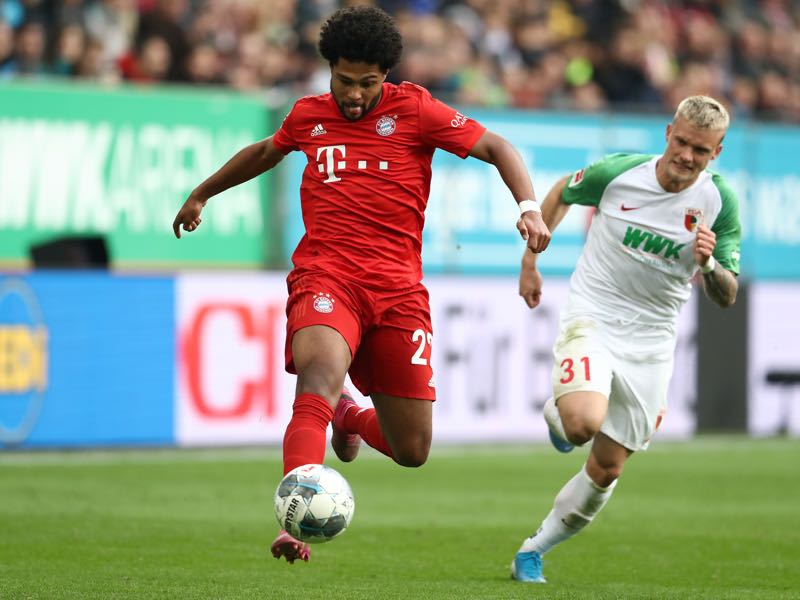 Augsburg v Bayern Munich – Serge Gnabry of FC Bayern Munich runs with the ball past Philipp Max of FC Augsburg during the Bundesliga match between FC Augsburg and FC Bayern Muenchen at WWK-Arena on October 19, 2019 in Augsburg, Germany. (Photo by Alexander Hassenstein/Bongarts/Getty Images)

There were speculations whether Gnabry could start for Bayern against Augsburg on Saturday. The winger missed Germany’s game against Estonia earlier in the week with a muscular problem. Thankfully for Bayern Gnabry returned to fitness just in time, because the winger was excellent and scored a wonderful curled goal that was reminiscent of the legendary Arjen Robben.

The hero for Augsburg. The Icelandic striker came off the bench in the second half and made the most of Bayern’s faulty backline. Denied in the 89th minute by Neuer, Finnbogason kept at it and two minutes later scored the equaliser that had the Augsburg fans in the WWK Arena celebrating an unlikely point against the Rekordmeister.

A goal in the first minute and one in the last. Bayern’s backline was in shambles when it mattered the most. In truth, Bayern’s defence has been an issue for the entirety of the Niko Kovač era. Clubs now find it to easy to score against the Rekordmeister in moments when it matters the most, which is worrying for Bayern supporters.

For Augsburg, this will be an unexpected point. Bayern were in complete control at times of the game and had over 70% possession. But not seeing the game out will haunt the Reds. Some of the talking points going forward will include Thomas Müller’s miss in the final minute, Niklas Süle’s injury, and another fall crisis. The only good news? Other teams are also dropping points.