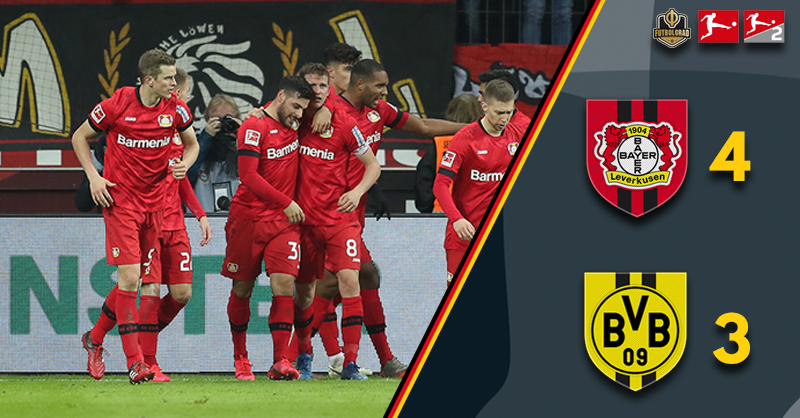 Emre Can scored a sensational goal but could do little to stop Leverkusen winning a truly epic encounter, the hosts snatching a 4-3 victory in the dying moments.

It was a raucous atmosphere that greeted both sides as Leverkusen vs Dortmund epitomized just what the Bundesliga ‘Topspiel’ is all about. The Saturday evening fixture is labeled the top game and this particular incarnation didn’t disappoint.

The opening quarter of the half saw the two teams go toe-to-toe, there was a feeling a goal was coming – and so they did. Kevin Volland broke the deadlock on 20 minutes, powering through the Borussia backline he dispatched a shot that gave Roman Bürki little chance – first blood Leverkusen.

However, the joy was shortlived, within 90 seconds Dortmund had pulled level – playing to the recent stereotype that the Yellow and Blacks need to fall behind in order to start playing.

Jadon Sancho whipped in a corner and Mats Hummels rose powerfully to steer a bullet header past Lukas Hradecky. The Leverkusen North Curve was still celebrating Volland’s strike as the defender nodded home the equalizer.

A compelling game then got taken up a further level, Emre Can stunned the BayArena with a simply phenomenal strike. When he received the ball 25 yards out a shot didn’t look possible – yet the midfielder curled an audacious shot past the sprawling Hradecky, the fixture was well and truly in top gear.

The action wasn’t complete, with two minutes of the half Volland grabbed his and the host’s second, a striker’s finish to end a half of football that was simply breathtaking from both sides.

It was if there had been no break, the tempo rocketed back to its high velocity almost immediately. Jadon Sancho thought he’d fired the visitors into a lead on 52 minutes, but VAR spotted a foul in the buildup – half time substitute Giovanni Reyna was adjudged to have pulled Lars Bender to the ground.

Kai Havertz was next to think he’s scored, the midfielder found the post when the net was begging – he was then punished in the most extreme way. Dortmund immediately broke away and seven seconds later Raphaël Guerreiro did what Havertz couldn’t, 65 minutes of sublime end to end football saw the score flip 3-2 in Dortmund’s favor.

Leon Bailey then grabbed what looked to be the game-saving equalizer with 10 minutes left, but unbelievably Lars Bender then headed home to give Leverkusen a 4-3 lead. The hosts had scored two goals in a minute to steal the game when it looked all but lost. 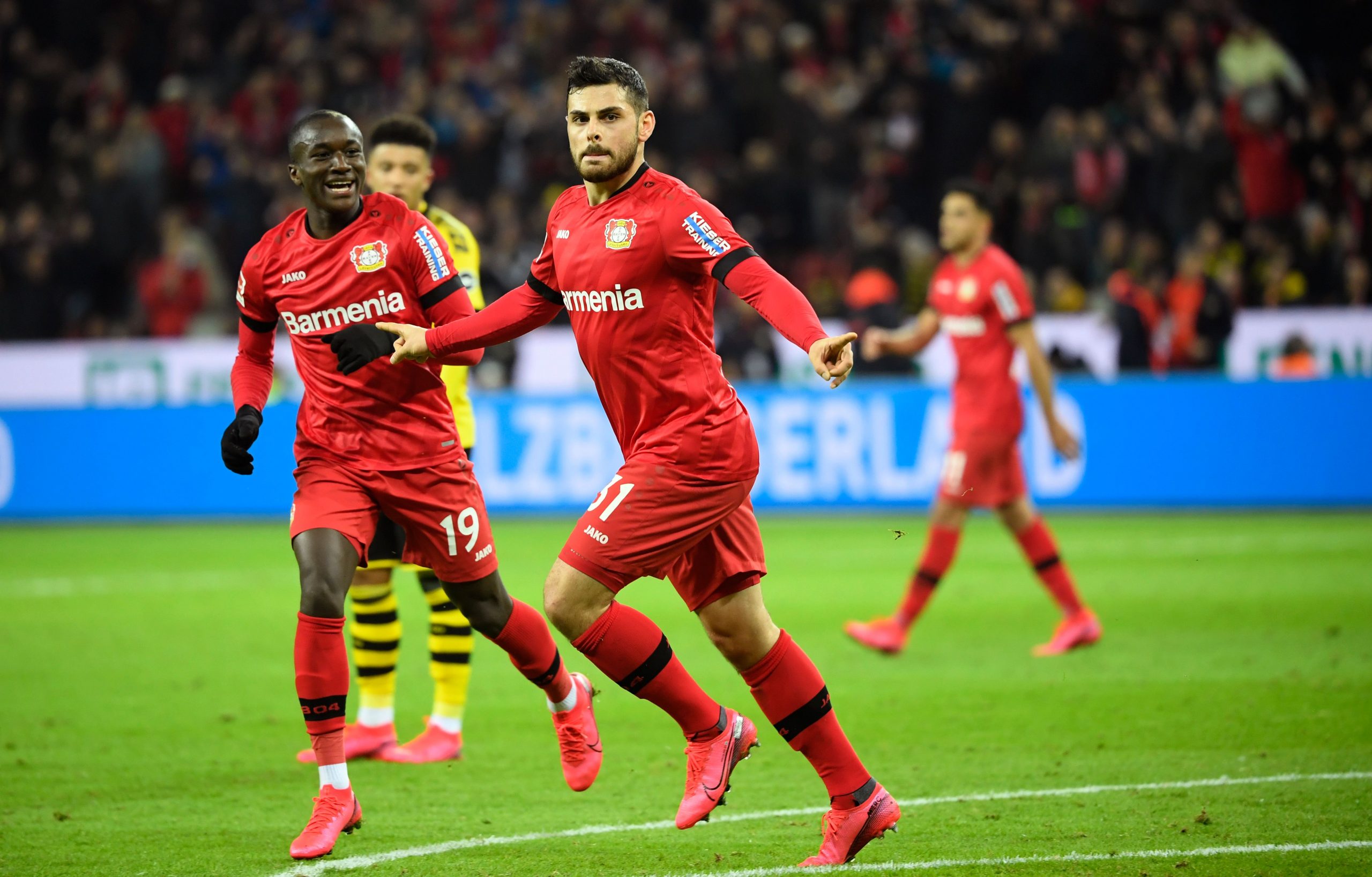 The Leverkusen forward opened and finished a tremendous first half of football. Showing his full range of ability the 27-year-old hit from distance, then from close range, to take his tally to nine goals from 20 matches.

A direct assist for Hummels to level the scores, a disallowed goal and then a ‘hockey assist’. Sancho was on top form, an absolute joy to watch. The teenager has 14 assists and 12 goals from 18 league fixtures, he’s beginning to look like a world star.

The right-back popped up with a winning header to stun the 30,000 in the BayArena, he looked almost as surprised as the fans at what he’d done.